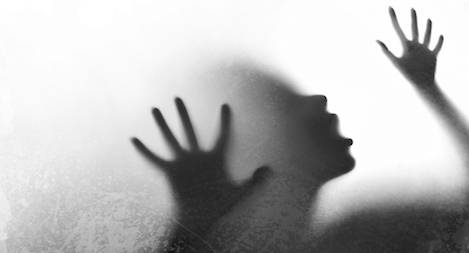 When I was little, my parents never told me “no” when I asked for a book, and I think that’s what started most of my problems. I have a BA in Creative Writing from Lake Forest College and I work full time at a public library reference desk in northern IL, specializing in readers’ advisory and general book enthusiasm. I have a deep-rooted love of all things disturbing, twisted, and terrifying, and I take enormous pleasure in creeping out my coworkers. When I’m not spending every waking hour at the library, I’m at home with my cats and my cardigan collection, and when I’m not at home, I’m spending too much money on concert tickets. My hobbies include debating the finer points of Harry Potter canon, hitting people upside the head who haven’t read The Martian, and convincing my boyfriend that I can, in fact, fit more books onto my shelves. Also, go Cubs!
Follow her on Twitter @kt_librarylady.

When I was five, I was diagnosed with acute panic disorder, which in layman’s terms meant I lived in constant terror of anything that might make a loud or sudden noise. Balloons were the worst, but I was also afraid of thunderstorms, fire alarms, vacuum cleaners, lawn mowers, train horns, toaster ovens, whistles, school bells, and the garage door, to name just a few. If I thought there was a remote possibility of being startled in the near to distant future, I would worry myself to the point of not being able to function. On a biological level, it was like I had a faulty fear-thermostat in my brain that was consistently set at “fight or flight” mode, or as one of my therapists in college put it, “You’re like the human equivalent of a prairie dog – always poking your head around to look for danger.” 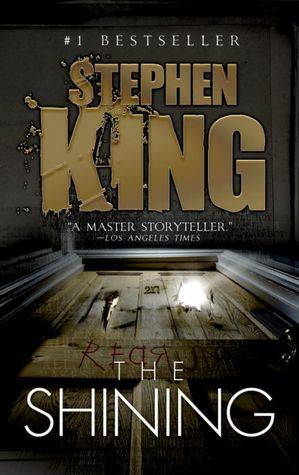 And because the universe has an odd sense of irony, my interests as a child gravitated towards horror and scaring the living daylights out of myself. I checked out every collection of real-life ghost stories my school library owned, and I was a grubby little Goosebumps fiend until I got to middle school and discovered the world of adult horror movies. At 14, my mother finally relented after months of begging and allowed me to read The Shining, and at that point it was all over for my neurotic teenage self. I was a hardcore Stephen King fan and had fully transformed into a living, breathing, horror-loving enigma.

Even as an adult, my parents ask me how I could spend half my time as a child hiding in my bedroom in fear of the toaster oven, yet willingly seek out books as an adult that are designed to scare me.  Usually the question is asked as a joke, but I sometimes I can hear the frustration behind it. I don’t make sense. And no parent wants to admit that their child doesn’t make any sense.

Category ID: 13095
Category ID: 4284
The Fright Stuff Newsletter
The latest and greatest from the world of horror
Thank you for signing up! Keep an eye on your inbox.
By signing up you agree to our terms of use

Lots of non-horror fans like to say that my love of scary things must be due to some sort of defect in my personality, because there’s no way a normal person could enjoy horror. Other people might say that I’m drawn to the adrenaline rush of being scared, but I’m not sold on that explanation. If I’m an adrenaline junkie, I’m a very selective one considering I hate roller coasters and I refuse to tour most of the haunted houses that crop up around Halloween. Some people might say that horror distracts me from real-world fears, or at least gives me a way to reassure myself that real life isn’t that bad. I mean, this presidential election has gone completely down the toilet, but at least we’re not in the middle of a zombie apocalypse.

But the explanation that rings truest for me is that horror gives me control over my fear. If a book gets too scary, I can always choose to put it down and walk away. But I’ve rarely had to do that because horror lets me process my fear in a safe place, which makes me less apt to panic when my brain thermostat starts going haywire in real life. And on some level, it lets me work through real-life horrors in a roundabout way so that I can understand them without having to confront them head on. Horror is a metaphor, for illness and bodily invasion, loss of control, the unknown, and like the best metaphors it helps us understand new truths in a different way.

Horror’s not for everyone. Just as I don’t like thrill rides and roller coasters, a lot of people don’t like reading about sewer-dwelling clowns or genetically modified tapeworms. And that’s totally fine. On paper, I shouldn’t enjoy horror either. But for whatever reason, my horror novels and my anxiety make for bizarre yet compatible bedfellows, and if that’s inexplicable to some people, then that’s okay too.