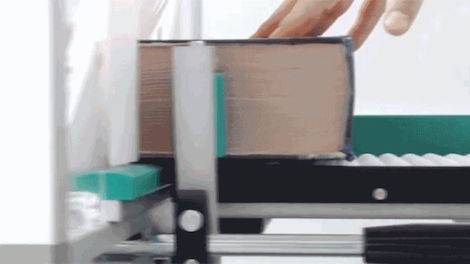 Level up your reading life with Book Riot Insiders! We’ve got exclusive content and goodness for subscribers, including a new releases calendar, an Insiders-only forum, and more. Join us!

How often have you pulled a rarely needed book off your shelf and needed to blow a layer of dust off of it? Now imagine what libraries have to deal with, given the tens of thousands of tomes in their collections. But it turns out someone’s already invented a machine that cleans books like a tiny waterless carwash.

Variety reports that Sony Pictures Television will produce the TV adaptation of Robert Jordan’s The Wheel of Time series. The news comes just about a year after Harriet McDougal, wife of the late author, announced that the TV rights for the 14-book epic fantasy series had been optioned by a major studio. Sony will produce with Red Eagle Entertainment and Radar Pictures.

The recent resurgence of protest poems reflects a new strain of contemporary American poetry, one that is deeply engaged with public policy and the latest executive orders coming from the White House. At a moment when many artists and writers have joined a diffuse resistance movement on the left, a vocal and mobilized group of poets are using their work to wrestle with some of the most pressing issues in American culture and politics.

American poets are centers-stage as they protest the current political administration.