Yep. It’s another election year in America, and we’ve got our Roddy Piper shades on in an effort to scope out all the messaging. This month, we’re stuffing the ballot box in favor of Beth Ross, tomorrow’s youngest POTUS with the mostest! That’s right, our March book of the month is the first volume of DC Comics’ latest incarnation of Prez!

America’s first teenaged president is on the job in this contemporary twist on a DC classic!

Oregon teen Beth Ross has just been elected President of the United States of America. Age restrictions were abolished when corporations gained the right to run for office and voting booths have been replaced by Twitter, making just about anyone eligible for the nation’s top job, including the viral-video-famous Corndog Girl!

Now the eyes of the nation are on Beth. But in a world so out of control that the poor are willing to shoot themselves on TV for a chance at a better life, will even the new president have the power needed to overthrow the nation’s true leaders—Boss Smiley and his corporate shadow government? 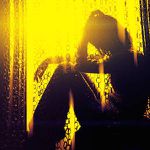 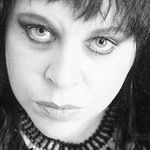 Photo of Tanith Lee via The Guardian.

Still undecided? Check out our own Ardo Omer’s rave review of the series. Share your thoughts below and tune in to the Oh, Comics! Podcast on March 14th for our in-depth discussion!

Pick up Prez, vol. 1: Corndog in Chief on Amazon and Comixology!