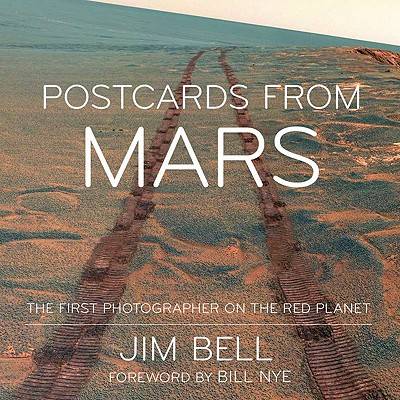 Back in August, a robot landed on Mars.

Admittedly, we’ve landed robots there before, but none quite so big or impressive as Curiosity. After decades of declining interest in the space program culminated with the retirement of the Space Shuttles, interest in space is experiencing a revival.

Walking on Mars could happen in our life time; after all, it was less than decade after the first man was launched into space that another man walked on the Moon. Only time will tell who the first person on Mars will be, Abby Harrison perhaps? Fifteen-year-old  Abby is already plotting how to get herself to the red planet and her bio tells me she has a good chance of achieving her goal!

Mars is awesome; people have been dreaming about going there long before Abby was born. Werner Von Braun was analyzing the possibilities of manned missions to the Red Planet as early as 1948 – two decades before his Saturn V rockets would put us on the moon!

Here are some books* – fiction and non-fiction – to help you get your Martian fix until Abby gets us there and writes a memoir to be added to this list.

The Mars Trilogy by Kim Stanley Robinson
Workers at the Jet Propulsion Lab (JPL) have had to drastically alter their schedules in order to be on Mars time; a solar day is approximately 40 minutes longer** than a day here on Earth. The Nebula and Hugo Award-winning trilogy, set in the near future of 2026, lands 100 scientists and engineers on the Martian surface. In order to adjust for the slight time difference, they keep a Terran clock with a vague “timeslip” to make up the difference in their new schedules. The books are multi-generational focusing on the difficulties in making the planet habitable and the conflicting view point of preserving it before progressing into the societal changes that occur when technology advances and multiple solar bodies are inhabited. 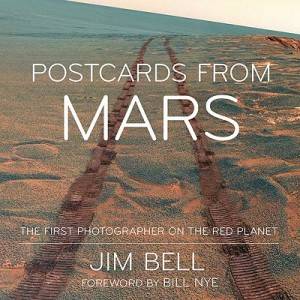 Postcards from Mars by Jim Bell
Before Curiosity, there were Spirit and Opportunity. Together, the two little rovers have taken over 100,000 pictures. Photography lead on the missions, Dr. Jim Bell, has compiled 150 photos (and fold-out spreads) to show off the stunning alien landscape and the book includes a forward by Bill Nye. Rather than just show you Mars, the book talks about the adventures of these little Rovers-That-Could and discusses the obstacles they ran into and the discoveries they made. Both rovers were expected to work for 90 days which they exceeded; after 6 years, Spirit is now out of commission while Opportunity plugs away 8 years after its expiration date. In the Mars Trilogy, much is made of the aesthetic difference between Earth and Mars. Until a manned mission occurs, we’ll have to settle for the view in the stunning Postcards from Mars. 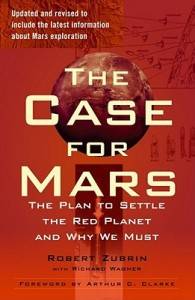 The Case for Mars: The Plan to Settle the Red Planet and Why We Must by Robert Zubrin
With terrifying reports of out-of-control forest fires and melting ice caps, it’s hard not to wonder if we shouldn’t be focusing on space exploration and making other planets habitable. Due to its proximity, similar solar day, and not to terrible different gravity, Mars is a prime possibility. Recent photos from Curiosity show signs that liquid water once flowed on the planet as proof of dried riverbeds has been beamed back to us. If only it weren’t for that un-breathable atmosphere. Plans and arguments have come and gone since Von Braun’s The Exploration of Mars was published in 1956, but at some point we may need to stop dreaming about Mars and actually go there.

* Before you get mad at me, yes, I left Mary Roach’s Packing for Mars off the list. While a great book, it isn’t specifically about Mars and so has not been included.

**Prior to Curiosity, Mars rovers relied on solar panels forcing Earth-bound crews to adjust their schedule to that of Mars. Curiosity uses more reliable nuclear power but did two months of work during the planet’s day. Only recently have mission control workers returned to a normal Terran schedule.