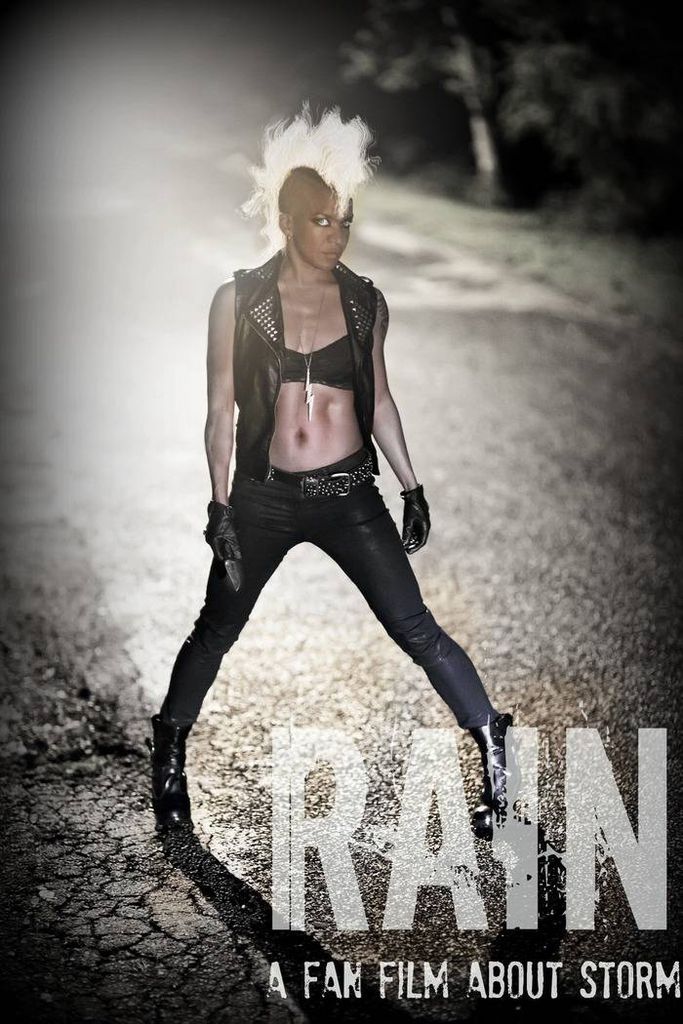 Last year, I heard that a Storm fan named Maya Glick was making her own crowd-funded fan film inspired by the 80’s punk incarnation of the character. As someone who had come to appreciate Storm through a chance reading of Eric Jerome Dickey and David Yardin’s Astonishing X-Men: Storm, I was interested in the film and looked forward to it. After a long wait, the film has finally premiered and the results are literally electrifying.

This Storm is not the Storm from the X-Men films. She isn’t surrounded by a bunch of white superheroes and reduced to a few lines and some lightning bolts. Instead, Glick’s Storm is in her own solo film with her own story and her powers on full display. She can fight hand-to-hand, shoot lightning, move fast like the wind, and more.

In the film, Storm is a vulnerable and lost young woman who doesn’t know who she is. In fact, Storm can’t remember who she is because the anti-mutant organization M.N.I. imprisoned her, tortured her, and injected her with a chemical that took away her memory along with the ability to use her powers. The film shows Storm rediscovering herself and regaining her own power as a mutant and a black woman.

In a memorable scene from the film, an M.N.I. worker taunts Storm after tasing her in alley when she tries to save a telepath mutant. “You can play dress-up all you want, but you’ll always be powerless. Why would you make yourself more of a freak? You’re already the worst of everything: a woman, a black woman, a mutant. We tried to help you fit in.”

This dialogue demonstrates how various parts of Storm’s identity intersect and cause her to actually be a marginalized mutant. Other mutants like Rogue, Wolverine, or Cyclops may have abilities and appearances that cause people to fear them, but they are still either white or white and male. If they lost their memories and abilities like Storm did, then they would have a better chance of fitting in if they wanted to.

Glick’s take on Storm is reminiscent of the Ororo Monroe from Dickey and Yardin’s Astonishing X-Men. Both versions are grieving young women who are hunted and imprisoned by white men who want Storm for different reasons. One wanted Storm’s power, the other wanted to either make her a normal human or kill her. Yet, both versions of Storm triumph over their oppressors.

There is a moment from the Dickey/Yardin comic that Glick’s short film mirrors. In the comic, Storm has freed herself from a metal box and is trying to tap into her powers. Until this moment, she cannot control them. Then, she decides to stop begging the winds to obey her and commands them. It is then that she shows a glimpse of the Storm we all know, a goddess in the eye of the hurricane.