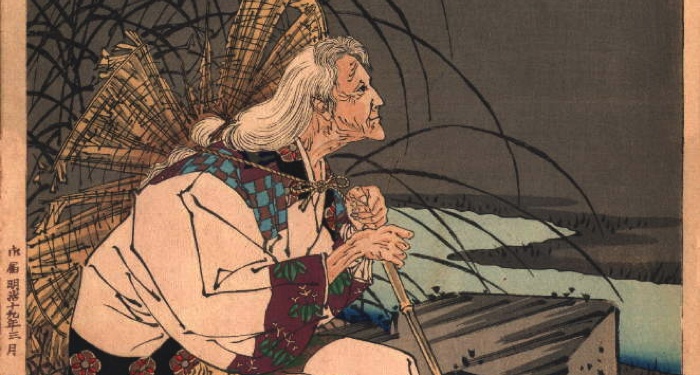 I grew up obsessed with medieval culture and life. The black death, crusades, War of the Roses, Arthurian legend, and histories of European queens and kings fascinated me, and I brought that fascination to college, where I broadened my understanding of those times by taking classes in Japanese and Chinese history. And of course, as an English major, I read lots and lots of medieval poets, many of which I had read as a preteen and teen for fun (I was so popular!).

Listen, I know. Medieval poetry can be a slog. I would need two hands to count the number of times I’ve read Beowulf and while I enjoy it, I get that it’s not the most fun thing to read in the world. But not all of it is boring and inaccessible, trust me. Medieval poetry can be sexy, searing, poignant, and graceful. Here are some of my favorite examples of medieval poets that everyone can enjoy. 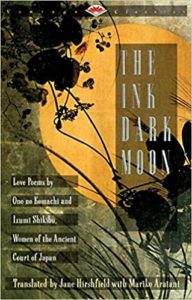 The Ink Dark Moon: Love Poems By Ono No Komachi And Izumi Shikibu, Translated By Jane Hirshfield And Mariko Aratani

My body, wandering, lost,
knows only night now—
that is why my sleeves
stay soaked in darkness,
unable to dry.
—Izumi Shikibu

Ono no Komachi and Izumi Shikibo were writers during the Heian period of Japan, 794–1185. Their poetry is as relevant and lovely today as I imagine it was then.

Awake tonight
with loneliness,
I cannot keep myself
from longing
for the handsome moon.
—Ono no Komachi

Not much is known about the real Ono no Komachi, though there are many folktales, songs, plays, and legends about her as her work became some the most famous of early Japanese poets. Izumi Shikibo was married to a court official and served a former empress, and had a passionate love affair with the empress’s stepson, which resulted in divorce and being disowned by her family, including separation from her daughter. Shortly thereafter, the empress’s stepson died, and his brother began to write to Shikibo. The two fell in love, which she recounts in her Diary, but then he too died. She expressed her grief and love through her poetry. She later remarried and left court life.

Marie de France was a 12th century French poet, but little is known about her life. Her relatively short poems (they’re considered short for the time) retell folk songs, stories, and Arthurian legends. They’re full of magic and courtly love and adventure. Her 12 lais are her most famous, and include a poem about a werewolf!

The werewolf is a savage beast;
When that rage comes over him,
He devours men, does great evil,
Roaming and prowling through the mighty forests
—from “Bisclavret”

Make sure you pick up the verse translations (they were originally written in verse) instead of the prose. 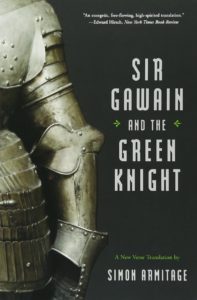 Sir Gawain And The Green Knight Translated By Simon Armitage

Sir Gawain and the Green Knight is an epic poem set in the Arthurian court that entwines Green Man mythos with Christian morality and knightly codes of honor. It was written by an anonymous poet in the 14th century, and on my most recent read of the poem, I wondered if that unknown poet could be a woman. There’s no evidence of this, but part of the joys of rereading it is that I pick up on new things and make new connections every time. It’s always an enthralling read. Last weekend, I listened to the audiobook version read by Bill Wallis and translated by Simon Armitage and it was such a good, quick listen! Hearing it read aloud added a new layer of appreciation for the poem. I grew up reading the Tolkien translation, though I think I like this one by Simon Armitage a bit better, and I’ve heard the Marie Borroff translation is quite excellent.

The Mountain Poems Of Meng Hao-Jan Translated By David Hinton

Meng Hao-Jan (alternately spelled Meng Jiao and Meng Chiao) was a famous Chinese poet of the T’ang Dynasty (8th century), though not often translated into English. Meng lived much of his life impoverished. Many of his poems reflect that, as well as his time spent as a recluse in Southern China. 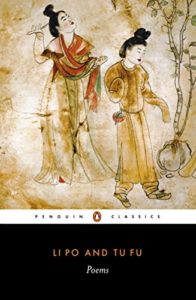 Li Po and Tu Fu were also famous T’ang Dynasty Chinese poets who were also good friends. Their poetry could not be more different in terms of theme. Li Po was a famous drunkard, and his poems often depict spirit journeys and powerful emotions.

Blue mountains lie beyond the north wall;
Round the city’s eastern side flows the white water.
Here we part, friend, once forever.
You go ten thousand miles, drifting away
Like an unrooted water-grass.
Oh, the floating clouds and the thoughts of a wanderer!
Oh, the sunset and the longing of an old friend!
We ride away from each other, waving our hands,
While our horses neigh softly, softly…
—Li Po

Tu Fu, on the other hand, wrote autobiographical poems steeped in Confucian morality with a good dose of humor.

Why, Sir, on distant Qinghai shore
The bleached ungathered bones lie year on year.
New ghosts complain, and those who died before
Weep in the wet gray sky and haunt the ear.
—Tu Fu

Both are widely read in China today, and even inspired China’s first heavy metal band.

Hildegard of Bingen was a genius. A German Benedictine abbess during the 12th century, she composed sacred music, became the founder of natural history in Germany, and is a philosopher, mystic, and poet.

Hail, O greenest branch,
sprung forth in the airy breezes
of the prayers of the saints.

So the time has come
that your sprays have flourished:
hail, hail to you,
because the heat of the sun has exuded from you
like the aroma of balm.
—from “O Viridissima Virga“

Her poems are religious and she began to experience visions of God during her early years that continued throughout her life. She authored many works of theology as well as medical advice books and natural histories. Selected Writings translated by Mark Atherton contains some of her poems, and you can read more here and here.

Christine de Pizan is considered one of the earliest feminists. Her most well-known work, The Book of the City of Ladies, is a utopian fantasy of a city built by the accomplishments of women and argues that women could do as much (or more) than men if it weren’t for misogyny and patriarchal culture. Her love ballads were very popular and gifted to the queen. Her poems range in topic, from romance to a celebration of Joan of Arc to allegory.

Lover I feel such sorrow now you go,
That I do not know if I can bear it.
My sweet secret love without you, oh,
How can I live?
—from Ballad XIX

Read more of her poems for free here and here. Also, read this excellent essay about her life and work.