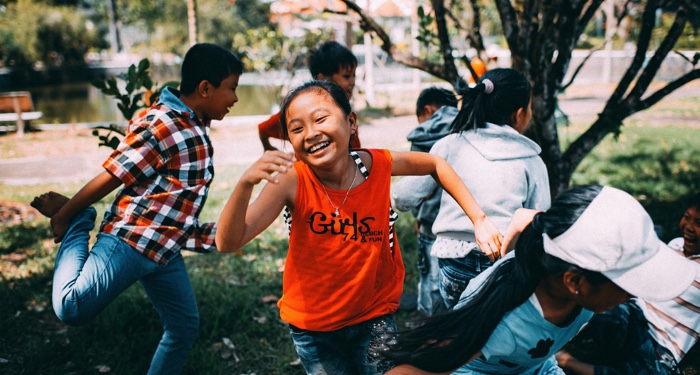 I’ve been focusing a lot on comics aimed at adults lately, but kids deserve nice things too (we all do, especially right now) and comics are a great way to get reluctant readers into the good words, to bring an extra dimension to already beloved stories, and to eat up time you need for that conference call. I know which middle grade books I’d like to see adapted but that doesn’t do the younger set much good, now does it? As luck would have it, I happen to have unrestricted access to a 2nd grader and a 4th grader (well, unless one of them has decided to play “let’s slam the door in mom’s face”) who happen to love books and comics so I asked them to throw out some recent favorites they’d like to see adapted. 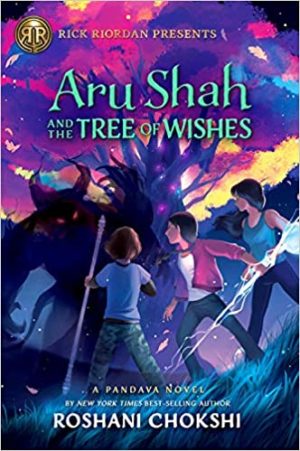 The Pandava Series by Roshani Chokshi

I haven’t seen my extreme extrovert so excited about anything since this garbage reality began as she was when I handed her our copy of Aru Shah and The Tree of Wishes earlier this week, the third and final book in the Pandava series that launched the Rick Riordan Presents imprint. My family has followed Aru though her journey from school fibber to daughter of Ravana, from girl in Spiderman pajamas to Pandava.

I’ve read the spawn stories from Hindu mythology before, but the Pandava novels allow them to live it alongside a hero their own age, one who dresses like them, who has the same likes and dislikes as they do, but who gets to run around and “actually” slay evil the way they do only in their imaginations. A graphic novel series would only serve to bring them closer to Aru, to immerse them even more fully in her quests and I get ridiculously excited for them even considering the prospect of such an experience. I’m also thinking that if the graphic novels used the color palette from the books’ utterly gorgeous covers, I would have steal said books and stare at them for hours. 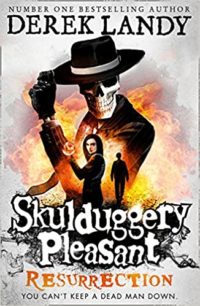 Stephanie’s uncle writes horror novels. When he dies and leaves her his estate, however, she doesn’t expect to actually walk in to one. Described on its website as “Buffy meets Doctor Who meets Ghostbusters,” the soon-to-be 13-book series spools out from the eerie events at the estate, including Stephanie’s first meeting with Skullduggery Pleasant, the animated skeleton of a dead sorcerer (think a PG Bob the Skull from The Dresden Files). There are secret societies and Faceless Ones and evil wizards and cults and it’s really all rather wonderful.

I think this one would be a lot of fun for kids to follow as a floppy or digital serial. As impatient as I am, and as much as I hate cliffhangers, the Skullduggery Pleasant stories remind me a bit of the old radio melodramas with the whole, Join us next week! as a part of their charm.

This series does have a fair bit of supernatural violence. My kids were fine with it but they watched Supernatural in utero so…

I don’t know how The Ash Mistry Chronicles flew under my radar for so long but I’m glad I found them when Chadda was announced with the new slate of RR presents authors… 6-9 months ago? I think? What is time anyway?

The Ash Mistry books also use Indian mythology as the source of their magic though it does so from a different angle: Ash is Anglo-Indian, was born and raised in England, and hates being forced to spend his summer with his sister, aunt, and uncle in Varanasi. Varanasi and its denizens aren’t super thrilled to see him either since, as the reincarnation of the god Ashoka he may be able to stop said denizens from opening the Iron Gates and allowing the Demon King, Ravanna, back into the world.

As you might imagine, there’s a fair bit of supernatural violence in this one as well.

I feel as though these novels would be best served as big, fat, juicy graphic novels. Stories within stories, epics within epics. Heirs to the Ramayana and the Mahabarata, these aren’t narratives meant to be chopped up; you’re meant to fall into them, live them, breathe them until they come to a natural conclusion. 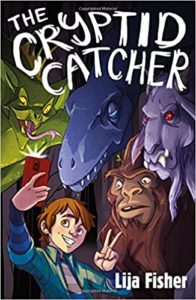 The Cryptid Duology by Lija Fisher

Full disclosure: The Cryptic Duology has a head start in my house because both of my kids have taken cryptozoology classes as part of their enhanced learning at school and they love it.

When Clivo’s dad, an archeologist, dies suddenly, Clivo discovers not all was as it seemed; his father, in fact, wasn’t an archeologist at all. He was a cryptid catcher and his goal was to find a very special creature whose blood would impart immortality. Clivo takes over the mission, quickly discovering there’s more to it than locating an elusive critter.

Side note: I tip my hat to Fisher for including the hurdles Clivo would encounter as a child doing a quest alone, a logistical nightmare a good number of authors simply ignore.

I have to imagine being the artist on these books would be a ton of fun. The settings and the creatures are wild and figuring out scope and scale when adding human figures in would be an interesting challenge. It’s Clivo’s story so he needs to be visible and central, but he’s dealing with a lot of somethings a great deal larger than himself. And who doesn’t want to script a global adventure with jackalopes?

Kids don’t get many choices and that scope has narrowed even further in these days of, “You don’t even get to go to school.” Let’s at least let them choose what they want to read. And if they want pictures, give them some pictures. Call it art class. Call it multi-media. Or just let them enjoy.