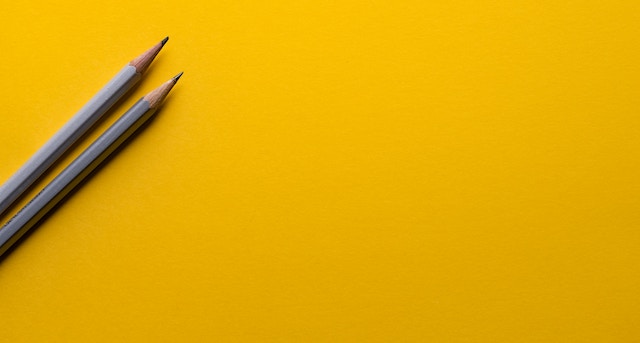 You may know about National Novel Writing Month, also known as NaNoWriMo. You may even be a participant. But did you know that the world’s most popular novel-writing dash, beloved of Erin Morgenstern and Sara Gruen, has spinoffs? It’s true! Some take place during November, but many do not. Some are literary, but others have nothing to do with the life of the mind. If banging out 50,000 words in November isn’t enough of a challenge for you, embark upon a million joyful NaNoWriMo variations and roll that creative train into some wild new lands.

Originally called Academic Book Writing Month by its progenitor PhD2Published.com, this tall order of fries with extra shake does not, thankfully, require you to write 50,000 words of well-cited academic research in a month. Instead, you set your own goal. It can be anything, as long as you can track your progress every day and declare your results at the end of the month. That’s how to punch the ol’ dissertation into shape science-style!

Think nobody writes letters anymore? Think again! InCoWriMo connects letter writers around the world with a frenzy of letters, cards, postcards, and any bizarre art project you can fit into an envelope. There are two rules: write 30 letters in 30 days, and they all have to be snail mail. Also, it takes place in February.

View this post on Instagram
Category ID: 476
Check Your Shelf Newsletter
Sign up to receive Check Your Shelf, the Librarian's One-Stop Shop For News, Book Lists, And More.
Thank you for signing up! Keep an eye on your inbox.
By signing up you agree to our terms of use

NaCoWriMo challenges participants to generate a complete conspiracy theory in just 30 days. Ostensibly, the purpose of this exercise is to better understand conspiracy theories in all their artful beauty. In fact, it sounds like something a prankster would do to proliferate fake news. I can’t decide if I love it or hate it.

There are a couple of NaNoWriMo variations that focus on poetry. NaHaiWriMo is one that happens in February, but nobody’s going to shame you for taking it on in November if you so desire. The idea is to write a haiku for every day of the month. Don’t just churn out poems in the 5-7-5 syllabic format, though. That is a concession to an urban legend about proper haiku format and verboten for the purposes of this competition.

Prepare to jump out of your skein! NaKniSweMo will convince you that you too can knit a sweater in 30 days. You get extra points if you’re a knitting neophyte who will learn along the way. Bonus: at the end of the month, you’ll have one less holiday gift to buy. If you need a free basic sweater pattern, here’s one from Ravelry.

There used to be an active Flickr group for this NaNoWriMo variation, but it seems to have been inactive for a while. Don’t let that stop you from bringing the concept back to life! The idea is to draw 50 pictures in 30 days because, y’know, a picture is worth a thousand words. Math!

This is for all the coders out there who want to teach a computer program to write their novel for them. Anyone who’s ever taken a crack at computer science knows that getting a machine to do your work for you usually takes about as much effort as doing it yourself. Nevertheless, the results are often hilarious. And yes, Book Riot has a list of some of the best results.

If you already have a novel, then don’t abandon your literary baby in the name of purist novel conformity. Instead, participate in NaNoProgMo! You’ll log a certain number of hours per day, and in my mind, it would be neat to set 50 hours as your monthly goal. Considering that this is not only the beginning of the school year but also the holiday season, 50 hours is a respectable amount of time for any working person or parent to contribute to art.

You don’t write one picture book in a week. Oh no, my friends. You write seven pictures books over seven days because you’re the real gosh darned deal. Started by author Paula Yoo, this is another one of those NaNoWriMo variations that takes place outside of November. On May 1, write that children’s book you’ve always wanted to create! Then write another one. And another one.

It’s National Picture Book Writing Week #napibowriwee and I’ve joined the challenge of 7 books in 7 days. Today I wrote a story called ‘If Grandma was small’. I had a lot of fun writing it, thinking of my Mum and how she plays with my kids. I feel lucky that I have such a peaceful and comfortable place to write too…. peaceful while Franklin sleeps anyway! Perhaps I should call this challenge 7 books in 7 nap times 😂 #bluemountainswriter #picturebooks #kidslit #kidlit #nationalpicturebookwritingweek #childrensbooks #kidsbooks #writing #writersofinstagram

It ought to be possible to do NaNoWriMo variations for every month of the year. Here’s one that happens in April! NaPoWriMo is all about writing a poem every day for 30 days. Roll right into it off NaHaiWriMo and you’ll be a hell of a poet by May. (Then you can immediately start writing children’s books!) It’s also known as Na/GloPoWriMo because “Glo” stands for “Global” and we are not hogging the poetry within our respective borders.

Want more inspiration during NaNoWriMo? Tune into our Annotated episode about NaNoWriMo!