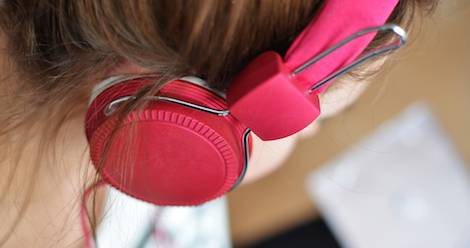 As a Californian, I like to tell myself that spring starts in March, despite whatever Nor’easter New Englanders might be suffering through. And spring is exciting not only for the (hopefully, eventually) warmer weather, but also because there are a ton of new releases every spring. Here are the audiobooks I’m most looking forward to getting in my ears.

I haven’t seen the movie The Shape of Water but everyone I know who has seen it raves about it (it is about sex with a fish, though, right? I’m still a little unclear about that part). I didn’t realize it was also a book until I started looking at the new releases but the site io9 claims it’s just as good. “Most movie novelizations do little more than write down what audiences see on the screen. But the novel that’s accompanying Guillermo del Toro’s new movie The Shape of Water is no mere adaptation. Co-author Daniel Kraus’s book and the film tell the same story, of a mute woman who falls in love with an imprisoned and equally mute creature, in two very different ways.”

Raw: My Journey into the Wu-Tang written and read by Lamont “U-God” Hawkins
Release date: 03-06-18

One of the founding members of the Wu-Tang Clan tells his story of how he went from a kid in Brooklyn, New York, to a founding member of one of the biggest hip-hop groups in history. U-God says, “It’s time to write down not only my legacy, but the story of nine dirt-bomb street thugs who took our everyday life—scrappin’ and hustlin’ and tryin’ to survive in the urban jungle of New York City—and turned that into something bigger than we could possibly imagine, something that took us out of the projects for good, which was the only thing we all wanted in the first place.”

I am immersed in pop culture enough to know that I am in the vast MINORITY of people who have never seen an episode of any of the Bachelor(ette) shows. BUT I am very, very pro guilty pleasures. And while I am not a member of Bachelor nation, the description of this book from the publisher kinda makes me think maybe I should be. “Bachelor Nation is the first behind-the-scenes, unauthorized look into the reality television phenomenon. Los Angeles Times journalist Amy Kaufman is a proud member of Bachelor Nation and has a long history with the franchise—ABC even banned her from attending show events after her coverage of the program got a little too real for their liking. She has interviewed dozens of producers, contestants, and celebrity fans to give readers never-before-told details of the show’s inner workings: what it’s like to be trapped in the mansion “bubble”; dark, juicy tales of producer manipulation; and revelations about the alcohol-fueled debauchery that occurs long before the fantasy suite.” Sounds a little like the Fire and Fury of the Bachelor-house, no? (Which I mean in the best possible way! Juicy, juicy gossip. And in the case of Bachelor Nation, you don’t have to worry about it leading to the actual end of the world!)

I am a huge fan of Amy Reed’s YA books and this one is about as timely as you can get. Following the rape of a classmate, three misfit students band together to avenge the crime and transform the misogynist culture around them. (Wo)man oh (Wo)man, between the Time’s Up movement and the students in Parkland’s awesome activism, The Nowhere Girls is a perfect listen.

The best journalism zeroes in on the micro to tell a story about the macro, and that’s exactly what this Fisherman’s Blues does. The impact of climate change on the planet is, and will continue to be, unequivocally devastating. Anna Badkhen looks examines the devastation of a Senegalese Fishing community, whose economy and way of life has been decimated by overfishing and climate change. LitHub calls the book, “A[n] intimate, urgent, and compassionate narrative about how human and natural landscapes are being interrupted by the Anthropocene.”

I’m super excited about this book for two reasons: I think there needs to be more YA nonfiction in general and there can never be too many books about kids and teens who feel like they just don’t fit in. If you can get a comedian or otherwise very funny person to write one of those books? Icing on the cake. “In Ginger Kid, popular comedian Steve Hofstetter grapples with life after seventh grade…when his world fell apart. Formatted as a series of personal essays, Steve walks his listeners through awkward early dating, family turbulence, and the revenge of the bullied nerds.”

Did I miss any exciting new releases? What are you looking forward to getting in your ears? Let me know in the comments!