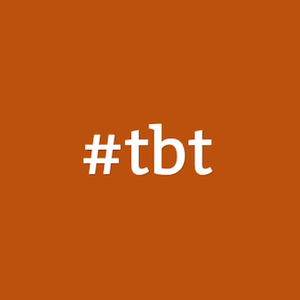 “But with regards to comics and women, I think it’s absolutely fantastic what’s happening in comics. I think it’s a breath of fresh air. There’s all sort of diversity — racial diversity, religious diversity, gender diversity. I’m still waiting for like a big transgender character as a main hero for a book. But I think it’s incredible. And I think it really is adding new life into comics and I’m glad they’re getting representation. I’m glad people are drawing women as women are.”

Gerard Way (formerly of My Chemical Romance) talks to Rolling Stone about his dope new Edge of Spider-Verse one-shot (this week’s #5, drawn by Jake Wyatt) as well as diversity and representation in comics.

“Fantagraphics Books is launching Fantagraphics Underground Press (FU Press), a new micro imprint that will publish books and print projects appealing to a smaller, more rarefied readership. The Fantagraphics mission has always been to publish comics and cartoons that take risks and reflect the uncompromising vision of the artist. It’s also crucial for us to put out books that will survive in an unforgiving mass market, but, what about work that doesn’t quite fit into our standard business model? Work by relatively unknown cartoonists that’s innovative, quirky, idiosyncratic, oddball, experimental, or downright crazy, work by established cartoonists that’s simply off-kilter or too obscure to sustain a mass market release, or archival work by significant cartoonists who have been overlooked and that might otherwise be short-shrifted due to the commercial demands of the traditional marketplace.

The FU Press imprint will inhabit a space between self-publishing and mass-market publishing. We’ll print limited editions (between 100 and 500 copies), market them on our website, help arrange signings and convention appearances, and sell them at comic festivals and to a select few comics shops across North America and overseas. With such an ever-changing landscape, we have the opportunity to produce exciting and hand-crafted editions in short runs here in the United States utilizing a wide gamut of printing methods and formats: everything from a traditional digital-offset paperback to a hand sewn jacketed softcover to an epic accordion book; as projects demand, we can utilize silkscreen or letterpress, or any combination, and create truly artisanal books.”

Included in the launch lineup for Fantagraphics’ small-scale but audacious new imprint is the lurid Fukitor. This one’s not gonna be for everybody, but then neither are their Donald Duck reprints or Love and Rockets collections (which are both more my bag, to be sure). Conversation’s the real thing. A line to keep an eye on.

Kieron: By the way, we just need to recommend this restaurant that we’re now in: the My Thai in the Fitzpatrick Beacon Hotel in Dublin.

Jamie: You have to say it out loud to get the pun.

Kieron Gillen and Jamie McKelvie are always a treat when interviewed together (or apart). Here they are in conversation with Women Write About Comics, talking The Wicked & the Divine.

“In comics, “fun” has its own meaning. In comics, mostly because its audience went through the back quarter of the 20th century fighting hard to convince moms and dads and girlfriends and teachers that comic books weren’t just “kids’ stuff,” the word “fun” became permanent shorthand for “inconsequential” and “light” and “shallow” and “wait, where’s the gore and blood?” and “’fun’ closes outta town, your audience numbers will be plummeting soon.” I know that to most of you this is absolutely nonsensical, THANK YOU, but as a superhero comic writer, it’s the world in which I function. I’m not complaining; it’s a good world. I’m simply trying to make a point, and I am indescribably grateful that The Flash is unafraid to make it to millions of people ever week.”

Mark Waid delights to the sheer joy of CW’s The Flash in his weekly recaps for…Playboy?