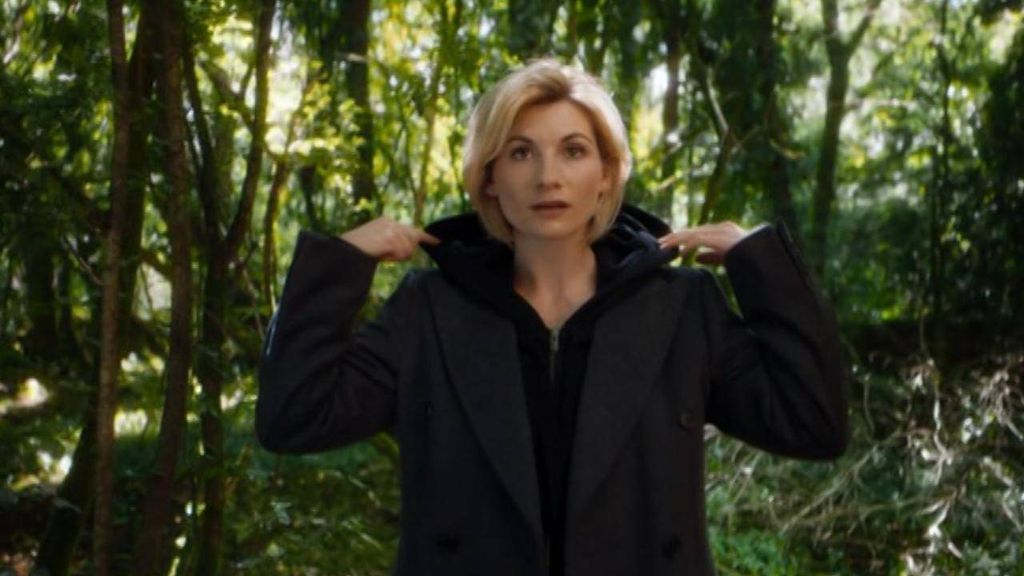 We have a new Doctor, and she’s a Time Lady.

On Sunday, after months of speculation, BBC revealed the identity of the next star of Doctor Who: Jodie Whittaker, perhaps most famous for her role as Beth Lattimer in Broadchurch.

Here’s the world’s first glimpse of Whittaker as the Thirteenth Doctor:

Watching the teaser, I started tearing up when I saw Whittaker take off that hood. But even then, I wondered, is this real, is it a fake out? There’s going to be a white dude that steps out of the TARDIS, isn’t there?

And then those words flashed on the screen: “Introducing Jodie Whittaker, The 13th Doctor.”

OMG, it was real. The BBC and incoming Doctor Who showrunner Chris Chibnall actually did what so many of us hoped for, but so few of us actually expected.

At about this point I just started bawling as it dawned on me: this wasn’t just a woman as the Doctor; this is the lead character of one of the flagship programs on the BBC, a series syndicated worldwide, changing genders before our eyes. That’s huge, and I lost it just thinking about it.

But, you say, the Doctor is Gallifreyan, and they don’t have the same concepts of gender roles as on Earth. And, yes, I’ve made this exact same argument before, including literally earlier today about Xavin from Marvel’s Runaways.

I don’t care: The Doctor is now canonically genderfluid.

*whispers* The Doctor is trans!

This is a big fucking deal.

We now have one of the most popular characters in the world switching genders, in a show that has been increasingly willing to treat gender as mutable. On a kids’ show!

The reactions came fast and furious. Within minutes, Rachael Stott, known for her work as artist on Titan’s Doctor Who: The Twelfth Doctor ongoing comic series, had sketched Whittaker as the Thirteenth Doctor. It was a wonderful glimpse of what is to come, both on screen and on the page.

There’s already been a ton of speculation on who will be doing the inevitable Thirteenth Doctor comic, with Stott’s name mentioned frequently.

Julie Benson, writer for the CW’s The 100 and DC’s Batgirl and the Birds of Prey, had the quippiest response of all:

One of the most adorable, heartwarming reactions, though, was a video of a girl watching the teaser and then excitedly shouting “THE NEW DOCTOR IS A GIRL!!!”

I genuinely don’t know how the trolls of the world can watch that and not immediately repent their misogyny. Whittaker is going to inspire so many girls across the world, and I am so excited for them. They won’t have to grow up in a world where women are just Companions anymore.

After watching that adorable little girl and her excitement at a girl Doctor, I also got to thinking about all the kids who are going to watch the regeneration scene this Christmas and realize that maybe it’s okay to be something other than what they were assigned at birth, that switching genders isn’t such a big deal. After all, the Doctor did it!

Just thinking about that has got me teary-eyed again.

And this is why casting a female Doctor is so incredibly important. Hollywood can remake Ghostbusters with an all-female cast and Marvel comics can have Jane Foster take up the hammer of Thor, but for some people they’ll always be different characters, never quite as legitimate as the originals. Well, assholes of the world, this is the Doctor. Suck it up.

Like a lot of my friends, I had been significantly less excited about Doctor Who in recent years, as current showrunner Steven Moffat has become far more interested in increasingly-complicated (and nonsensical) plots than in  writing his characters well. (At least three of Moffat’s female characters met the Doctor as kids and grew up obsessed/in love with him, for instance.) Moffat has in recent years felt more and more like Joss Whedon: someone who got an early reputation for writing women well because the bar was set so incredibly low. And, with Moffat publicly dubious about casting a female Doctor, it was easy for many people to feel Doctor Who wasn’t meant for them anymore.

Since the announcement earlier today, though, I have seen so many of my friends say, “well, guess I’m watching Who again!”

This is why Whittaker’s casting means so much. It’s a sign that the franchise is willing to move forward, that female and queer viewers are welcome as more than just ratings, but as a central part of the fandom.

I can’t wait for Whittaker’s Thirteenth Doctor to start showing up on the series and all of its spinoff media, including comics, novels, and Big Finish‘s superb original audio dramas. It’s going to be

Now, if you’ll excuse me, I’ve got to go binge watch Broadchurch.