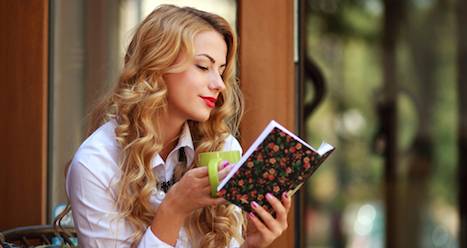 Since I finished Amy Poehler’s Yes Please last June, I started to avoid women’s memoirs subconsciously. Last week, I was excited to pick up Mara Wilson’s Where Am I Now? and the avoidance of books like these hit me: why hadn’t I read a book that detailed women’s true life experiences in over a year?

If I am being honest, I think reading women’s memoirs makes me feel a little raw and vulnerable. I remember reading Tina Fey’s Bossypants and feeling elated: you mean I don’t have to be nice if I don’t want to? You mean women can be not cute and funny? Women can swear and still be successful? For a while, Fey really was a woman I admired, a woman I wanted to be like. I felt like I knew her because I read her book.

But I was wrong. I don’t think Fey and I would be friends nowadays, since I am a huge media critic – I am doing a Masters degree on the representation of Brazilian women and how that has damaged generations – and I believe people like Fey should be held accountable for the representations they promote and the harm they might cause in society. But Fey said, in an interview: “(…) There’s a real culture of demanding apologies, and I’m opting out of that.”

Well, that’s interesting to say the least. I never knew apologies were a bad thing.

When she said that, I was (and still am) disappointed. Of course, as a person she doesn’t owe me anything, but as a media creator, she should recognise her power and act accordingly. But I think what she said hit me harder than just the surface responsibility I think she should have: somewhere along the way, I put Fey and her book in the category ‘flawed’ in my brain. It wasn’t just that she was insensitive, but that her book gave me the beginning of the possibility of not being chained to my gender and it dealt pretty directly with sexism in comedy. But years later she refused to step down her high horse and apologise for  some damaging media she created in regards to race.

In short, with those words, Fey revealed herself to be a hypocrite. Now, to me, she is flawed, she isn’t perfect and she isn’t (as I wanted her to be) inspirational.

This is probably when I started to avoid women’s memoirs as a genre. It didn’t help that other feminist women who have been published in the last couple of years have come with their own brand of flawed. For example, I stayed away from Lena Dunham’s Not That Kind of Girl because I abhorred her attempts to play down the abuse she put her sister through. I am planning to avoid Amy Schumer’s The Girl With the Lower Back Tattoo because of her associations with rape apologist/victim blamer Kurt Metzger. And here’s the thing: until I opened Mara Wilson’s book, I hadn’t realised I had been categorising all women’s memoirs with Fey’s, Dunham’s and Schumer’s. When women were shitty, and openly so, it bothered me so much that I struggled to forgive (though no one really apologised) or even forget. I guess it’s kind of like – hey, you’re a woman too, why aren’t you better than that?

I had been avoiding women’s memoirs because I didn’t want to come into contact with flawed women anymore. I didn’t want to come across hypocrisy after adoration. I didn’t want women to be flawed: I wanted them to be my sisters, I wanted them to write feminist manuals for me, I needed that sorority. But of course that’s impossible: women are people (duh) and people are flawed, wrong, unethical, three-dimensional. Sometimes, women’s memoirs will teach me something and sometimes, they won’t.

I was holding women’s memoirs (and their authors) to much higher standards than the same genre written by male authors. Because Dunham and Fey left a bad taste in my mouth, I started to assume women’s memoirs were just not very good.

In fact, I read Wilson’s book because I wanted to be Matilda when I was younger, not because I seek out women’s memoirs and think they are good reads.

And as I was reading Wilson’s book, the following paragraph stood out for me as I wondered why the hell I had stayed away from first-person female narratives for so long:

“A lot of men wonder what a woman wants. The answer is power. There are many ways to get it, but the easiest way is to tear other girls down. Any girl can play that game but there’s no way to win, except not play at all.” (emphasis mine)

And how easy it is to convince the modern woman to tear other girls down. If Wilson’s book hadn’t come along I probably wouldn’t have noticed that I subconsciously started looking down on women’s memoirs as a genre. I still don’t want to read Dunham’s or Schumer’s books – but my disappointment with them as people eventually became an eye-roll to any women’s memoirs and I hadn’t even realised.

Thankfully, Wilson’s book has given me a renewed interest for the genre. And she has given my advice I didn’t know I needed: I will no longer play the game, if I can help it. Women’s memoirs are important for a woman’s own life story, even if the women who write them will be inevitably flawed: comparing and contrasting stories, getting to know of other gender-related chains women must deal with that you had no idea about, discussing different types of girlhood – these are all essential for bonding as women.