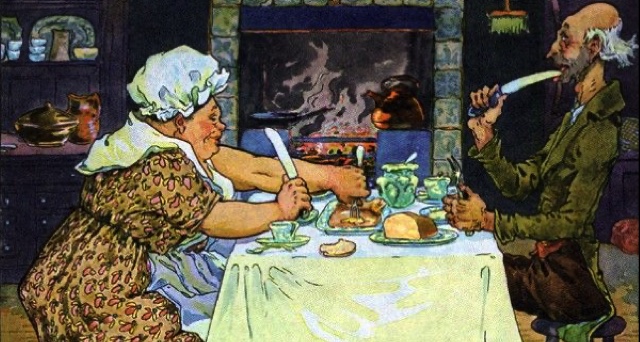 Nursery rhymes are weird, right? All that talk of tuffets and bridges falling down…Most of us learned these rhymes as toddlers and have been reciting them from memory ever since, giving no thought to what we’re actually saying. For an over-thinker like me, this is simply not acceptable, and I decided to dig into some nursery rhymes’ meanings. 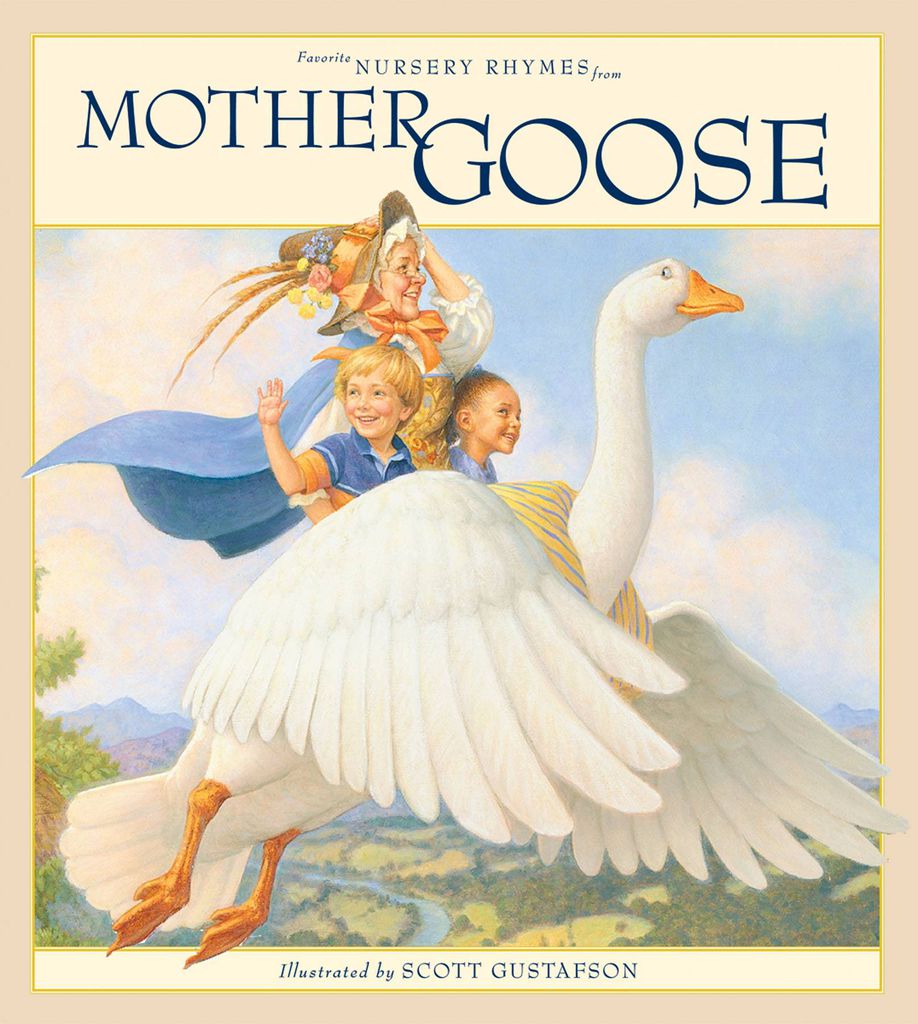 One of the first things I learned in my research is that nursery rhymes are often many centuries old, so it’s difficult to know their origins, never mind their meanings. In fact, some researchers suggest that the alleged political origins of many nursery rhymes are pure nonsense. So, by necessity, this article is less about pinning down the One True Meaning behind any given nursery rhyme and more about exploring the different ways people ascribe significance to the meaningless and ridiculous.

And honestly, a lot of nursery rhymes are so vague that you could say they’re about literally anything and it would still make sense. In fact, I’m going to do that too: after discussing the “actual” meanings, I’m going to tack on my own for fun. Now let’s go read about some nursery rhymes meanings!

Goosey goosey gander, wither shall I wander?
Upstairs and downstairs and in my lady’s chamber
There I met an old man who wouldn’t say his prayers
Take him by the left leg, throw him down the stairs

Well, that took a turn. The most popular interpretation of this nursery rhyme is that it’s a reference to religious persecution. Specifically, anti-Catholic sentiment in England forced Catholic families to hide their priests (the “old man” of the rhyme) in their houses in special rooms called priest holes. (Yes, I will give you a minute to stop snickering.) Other people, however, suggest that the rhyme is about sex, because why not? 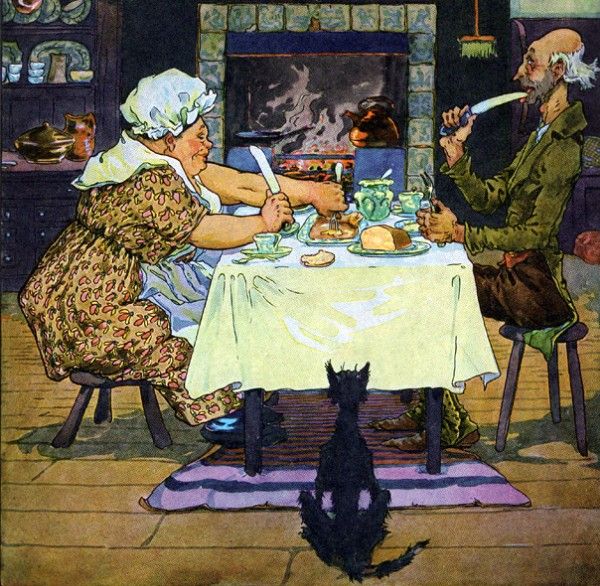 Jack Sprat could eat no fat
His wife could eat no lean
And so between them both, you see,
They licked the platter clean

I’ve seen multiple explanations for this little ditty, which originated around 1639. The most common one appears to be that it’s about the shenanigans of King Charles I (and his wife, Henrietta Maria), who dissolved parliament and imprisoned some of its members after they wouldn’t let him introduce all the taxes he wanted.

My Meaning: Carnivores and vegans CAN get along!

This one is supposedly either a comment on the reaction of Mary, Queen of Scots to John Knox, a prominent minister who had it out for the Scottish royal family, or just a silly rhyme about the writer’s stepdaughter. You decide!

My Meaning: A morality tale on the importance of always keeping bug spray handy.

Ring Around the Rosie/Ring a Ring o’ Roses

Ring around the rosie
A pocket full of posey
Ashes! Ashes!
We all fall down!

I was all set to tell you a sordid tale about how this song refers to the Black Plague, because that’s the origin story I was familiar with. But despite the talk of ashes and falling down (i.e. dying, supposedly), there is no proof whatsoever that that’s the true meaning behind the rhyme.

So what’s the real explanation? One theory holds that the lyrics don’t mean anything. They were just something for kids to recite as they skipped in a ring—the closest young Protestants could come to dancing in the 1880s, as their elders had banned that particular form of entertainment.

My Meaning: The ring of roses is a fairy circle, and the poseys are a ward meant to protect the singer from the fairies. It did not work. 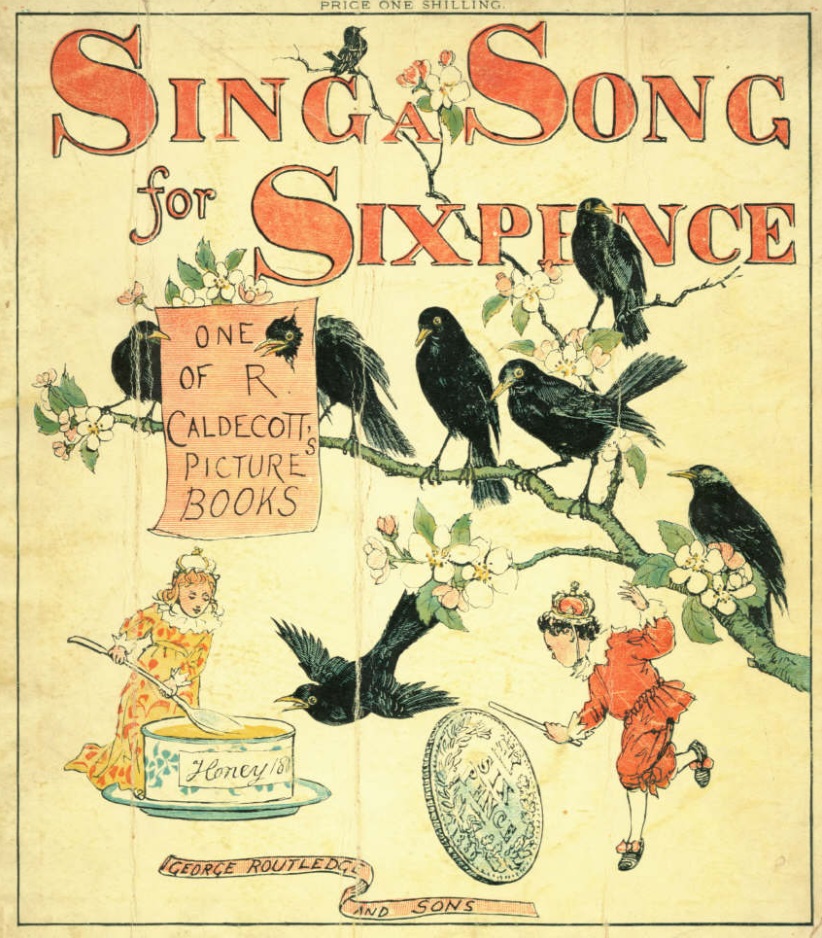 Sing a Song of Sixpence

Sing a song of sixpence, a pocketful of rye
Four and twenty blackbirds baked in a pie
When the pie was opened, the birds began to sing
Wasn’t that a dainty dish to set before the king?

We don’t have the slightest idea where this one came from. We do, however, know that an alternate version of the third line, recorded in 1744, read “four and twenty naughty boys.” Gruesome. Even more gruesome than baking live blackbirds into a pie—which was absolutely a thing in the 16th and 17th centuries.

This is the House That Jack Built

No, not the pop song. This seemingly endless nursery rhyme (after the cat, we get a dog, a cow, a maiden, a man, and so forth) is rumored to have been based on the 17th-century Cherrington Manor in Shropshire, England. Or at least, that’s what the residents of Shropshire would like you to believe.