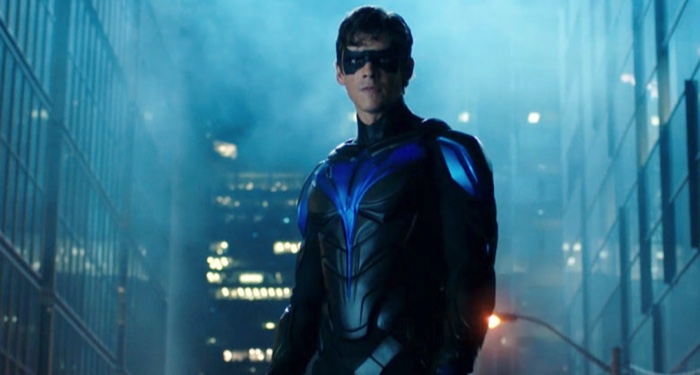 It’s time for another edition of Pass/Fail! For those of you joining us for the first time, Pass/Fail is a series in which we take a look at comic book screen adaptations and decide whether they’ve met their brief in one of two possible ways: is the show a faithful, literal adaptation of its origin property or has it captured the spirit of said effectively even if it has messed with the mythos is fundamental ways? If it manages one of these relatively successfully, it passes. If not…

So far, both Bloodshot (literal) and Doom Patrol (spirit) have passed.

How will Titans fair? 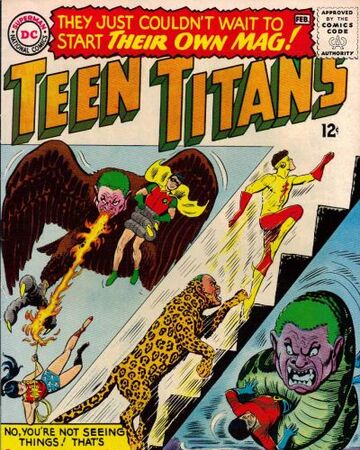 The Titans are a superhero team featuring ex-members of the Teen Titans who have “aged out” (so to speak) so let’s actually backtrack a bit. The Teen Titans first appeared in The Brave and the Bold #54 (July 1964). Created by Bob Haney and Bruno Premiani, the original team consisted of Wally West (Kid Flash), Dick Grayson (Robin), and Aqualad (Garth), though by issue #60, Donna Troy (Wonder Girl) had been added. Haney and Premiani attempted to introduce DC’s first black hero during their run (then-publisher Carmine Infantino rejected the proposal though the creative team was able to launch Bumblebee in 1976) and featured racial tension and Vietnam War protests as prominent themes in their storylines. The run was cancelled in 1978, closing with the heroes in their 20s realizing they’d outgrown the “Teen” bit and going their separate ways.

It wasn’t until the title was relaunched with Marv Wolfman and George Perez at the helm in the 80s that it became a the massive juggernaut that would spawn multiple TV shows and DCAU flicks galore, introducing the team most people now think of when someone says, “Teen Titans:” Robin, Starfire, Cyborg, Beast Boy, and Raven whose enemies include Slade and Terra.

Category ID: 1074
Category ID: 479
True Story Newsletter
Sign up for True Story to receive nonfiction news, new releases, and must-read forthcoming titles.
Thank you for signing up! Keep an eye on your inbox.
By signing up you agree to our terms of use 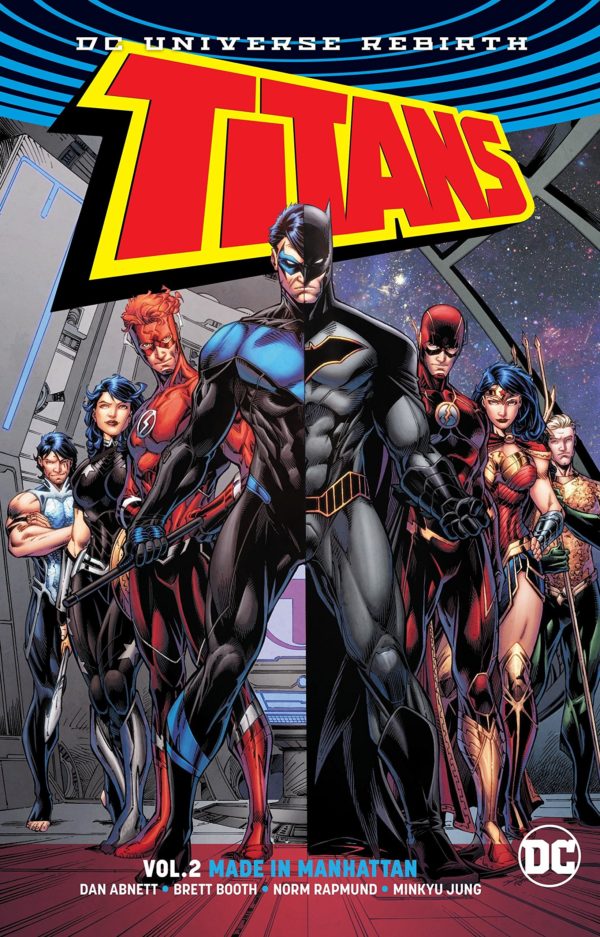 As to the Titans specifically: Titans was launched as a separate book in the late 90s with the run lasting until the early 2000s. Featuring some of the Teen Titans who had aged out (Dick, Donna, Starfire, Cyborg, Beast Boy, Roy, it appears to  have been so unremarkable, no one has even bothered to write. a plot summary, though it does seem that Young Justice formed where the Teen Titans and Titans smacked into one another. In Titans Vol. 2, from 2008-2011 a team consisting of: Dick, Wally, Donna, Beast Boy, Raven, Cyborg, Red Arrow and Starfire face off with Raven’s father, the demonic Trigon, and her three half-brothers.

DC chose to go dark with Titans, both figuratively and, often, literally (we have a rear projection TV that’s maybe starting to go a little but hubs and I had to watch Titans with the lights off 100% of the time. And I’m here for dark Batfam adjacent stuff based on the right source material. I’m pretty sure the show pulled its major story beats for the first two and (maybe) a half seasons from that 2008-2011 arc so… yeah. Demons, slaughter… sure. Those parts get a pass.

So do the parts with the younger members of the cast. Raven, Beast Boy, and Conor are only just discovering their powers, only just figuring out who they are, what they can do, and how they’re supposed to function as a team. Their interactions, their mistakes, their fears, and their triumphs are very much in keeping with the spirit of the Teen Titans feeling one another out, transitioning from sidekicks to heroes, to the lesser part of a duo to an equal part of a team. And, however I may feel personally about the actor playing Jason, the character is being written with the perfect balance of utter dickishness and desperate need for approval.

Thus, the parts of the show that focus on the actual teens get a pass. 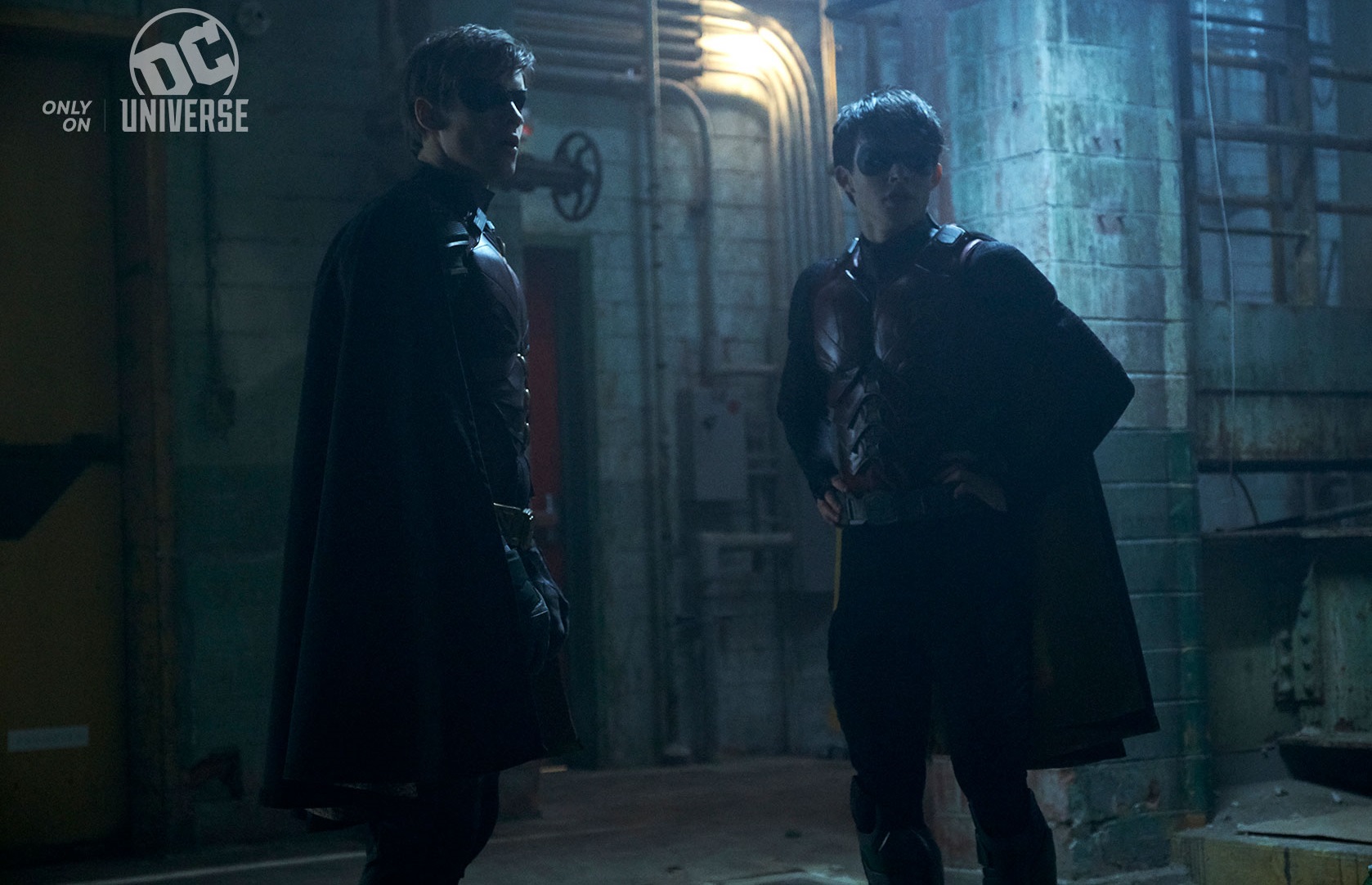 Look. I’m sure growing up with Bruce Wayne as your father figure is rough. I can see resenting the hell out of him. But by the time we meet Dick in Titans, he is a whole ass adult. He’s a cop, for Bat’s sake (something I really, really wish people would stop doing). And yet! He is still running around in his Robin suit. It isn’t until the end of season two we peep the Nightwing getup; comics Dick would never. Comics Dick, in fact, did not. And yes, Bruce and Dick have gone through rough periods in the comics. Yes, there have been times Dick has been broody but the way he’s being written for the show goes past broody to downright dour. I mean, this is Dick-freakin’-Grayson and after 24 episodes he still has yet to pun? Unacceptable. Donna is… unremarkable and her (redacted) in the last episode we got was… just… blech. Hawk and Dove are a couple instead of siblings, he, an insufferable douchebag and she, insufferably self-righteous. Starfire is pretty amazing, as is Blackfire but the later has only had about five seconds on screen so far and the former can’t carry the whole thing solo. And Slade is just kind of… weird.

So with regards to the adults, and thus about half the show’s storylines, we have our first fail.

Listen, some episodes are pure pass no matter what plot they’re following Other’s are pure fail. Most are mixed bag. An uneven mixed bag. Full of badgers. Frustrated badgers.

I’m planning on giving Titans one more season to even out before I render final judgment. There are definitely some high points and most of those are in episodes written by Bryan Edward Hill, so if you want to check out the best of the pass, start there. And also, in case you were wondering about that all important part of the Nightwing suit? No offense to Brenton Thwaites, but while it wasn’t a complete fail, it wasn’t an enthusiastic pass either.