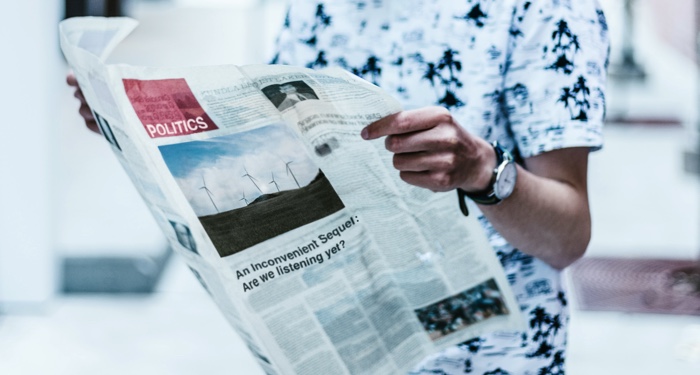 Maus was a revelation. It was the first time I had read this thing called a graphic novel—though now we’ve come so far that we would call it a graphic memoir or graphic nonfiction—that took the comic book form and turned it into something beautifully political. A political memoir about the Holocaust as a comic book? (No, it’s not the first graphic novel/nonfiction to write about serious topics, but the first one I encountered). To this day, it’s still one of my favorite graphic books and one of the best books covering the Holocaust.

Recently, I’ve come across several recently published graphic memoirs that remind me of what the medium can do. Here is the list of four graphic memoirs that cover political topics including Japanese internment, struggle for democracy, new parenthood, and finding yourself. I hope you enjoy them as much as I did! While some topics are move overtly political than others, they all have important political messages. 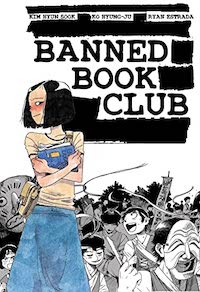 Banned Book Club by Ryan Estrada, Kim Hyun Sook, and Ko Hyung-Ju (delayed until May 19 due to the pandemic)

In 1983, Kim Hyun Sook has convinced her parents that she should attend college, away from her parent’s restaurant in South Korea. But when she gets to college, she finds it’s a hotbed of dissension and debate as some students are pushing back against the state with strikes and protests. All she wants is to study but she ends up finding herself in a Banned Book Club, reading books censored by the state. Soon she finds herself caught up in the protests with her fellow students as they try to push for real democracy in South Korea. 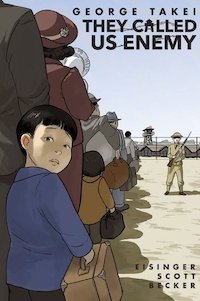 They Called Us Enemy is  George Takei’s memoir about his family being sent to Japanese internment camp during the war. It’s a compelling story of his family and the community they build in the face of the incredible racism that led to this disgrace. It also has its moments of levity as the story reminds us that Takei was a boy during internment so he has his boyhood foibles. But that makes the story even more tragic, here is a young boy who should not be having a childhood stuck in an internment camp. 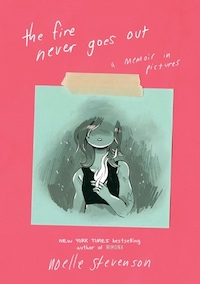 The Fire Never Goes Out: A Memoir in Pictures by Noelle Stevenson

From the creator of Nimona and Lumberjanes, this is an immensely beautiful book focusing on eight years of Stevenson’s life in essays and mini-comics. It appears based on comic essays that Stevenson wrote at the end of each year, trying to summarize the year. It’s a story about her coming to find herself, figuring out how to balance her creativity, physical and mental health, and her relationships. While less overtly political than the first two graphic memoirs, I believe wholeheartedly in the phrase “The personal is political.” With so much going on about productivity and capitalism, it’s a very real struggle with keeping up productivity at the cost of one’s health and self-image.

Category ID: 1074
Category ID: 476
Category ID: 479
True Story Newsletter
Sign up for True Story to receive nonfiction news, new releases, and must-read forthcoming titles.
Thank you for signing up! Keep an eye on your inbox.
By signing up you agree to our terms of use 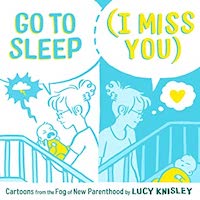 Go To Sleep (I Miss You) by Lucy Knisley

This is a series of mini-comics by the immensely awesome Lucy Knisley—author of one of my favorite books, Relish—about the first year with her newborn son. It’s a series of vignettes about the challenges and joys of new parenthood such as the messiness of parenthood (Five Blowouts!) or the tiny moments of sweetness with a newborn. So while this might be the most light-hearted of the four, it’s also a political act to talk about the difficulties of new parenthood (or parenthood in general). For so long we have denigrated parenthood (specifically motherhood) as not political, when it’s the basis of everything we do in society.