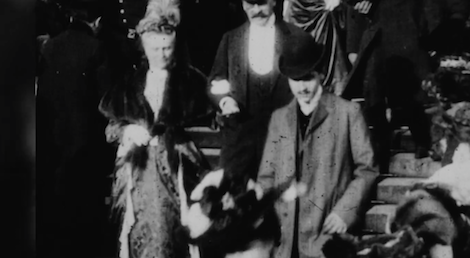 In the more than a century since Marcel Proust was first published, the name of the great French novelist has come to be associated with many things, but film footage is not one of them. Despite a handful of photographs depicting Proust, no one living claimed to have seen the man actually move — until earlier this month.

Jean-Pierre Sirois-Trahan, professor at Laval University in Quebec City, Canada, says he has found the notoriously solitary writer in footage of the 1904 wedding of Élaine Greffulhe.

Krysten Ritter may have been busy bringing Jessica Jones to life, but the actress also found time to write her first novel.

Titled Bonfire, the debut novel is a psychological thriller that will focus on small-town corruption as environmental lawyer Abby Williams returns to her hometown after ten years to investigate Optimal Plastics, a local company, of dumping chemicals in local water. But in the process, Abby starts digging into the years-old disappearance of a former high school bully of hers, which in turn, leads her to an even darker secret about the town.

Fresh Off the Boat star Constance Wu is in talks for the lead in Warner Bros.’ Crazy Rich Asians.