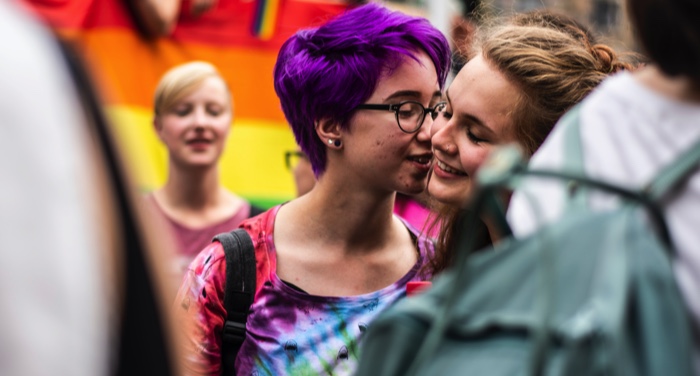 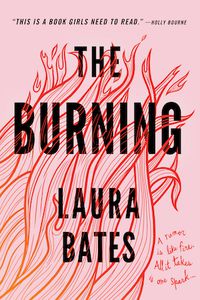 Romance novels are a great place to turn when you need a little inspiration. There are so many incredible characters in romance who not only model good communication and enthusiastic consent, but who serve as role models for doing important work in the world. If you’re looking for a little activism with your love stories, here are ten fantastic queer romance novels about social justice.

In some cases, the characters are directly involved with social justice work. In others, the plot revolves around a specific injustice the characters are working to right. All of these novels explore racism, sexism, homophobia, transphobia and classism—and the many ways queer people fight back against those oppressions—across three centuries and three continents. They’re guaranteed to get you fired up—and bonus, they’re all fabulous queer love stories with happily-ever-afters. 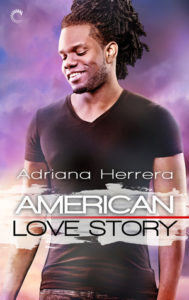 Patrice is a professor and activist who spends his time advocating for racial justice and fighting police brutality. Easton is an assistant district attorney who comes from one of the wealthiest white families in the area. After a few unforgettable nights, they find themselves falling for each other, but their path to a healthy relationship involves a lot of emotional turmoil. This is one of the most realistic portrayals of the personal toll of social justice work that I’ve seen in romance. Patrice’s work is deeply important, and he continually sacrifices his own needs, and those of his friends and boyfriend, because of it. Anyone who’s ever fought hard for something they believe in will relate to Patrice and Easton’s struggles. It’s a complicated story that strikes the perfect balance between real hope and the real burn-out so many activists face. 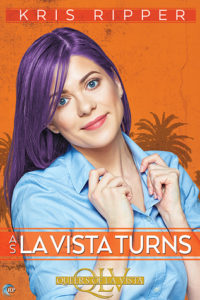 This is the last book in a series (Gays of Our Lives), and though the romance is perfectly enjoyable without having read the earlier books, you will enjoy the broader plot more if you read the others first. Zane has been trying to get pregnant forever, and she decides to start fake-dating her friend Mildred so her best friend will stop bothering her about meeting someone. Obviously the fake-dating turns into not-so-fake-dating. At the same time, Zane is organizing a party/wake to help heal the queer community after a string of murders. Zane’s organizing is definitely an inspiration for anyone working to heal communities after a crisis. In addition, many of the side characters are involved in social justice work. The book (and the whole series) puts queer community front and center, and there’s a lot of social justice side plots—working with homeless queer youth, reproductive justice, and journalism as activism, to name a few. 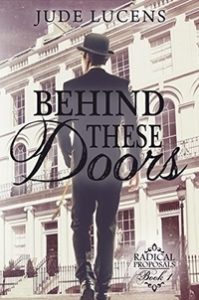 Behind These Doors by Jude Lucens

Set in London in 1906, this polyamorous queer romance has a little bit of everything. Aubrey is a well-to-do gentleman in a committed relationship with his two best friends, the Lord and Lady Hernedale. Lucien is a journalist who distrusts anyone who’s “Society.” When the two men fall for each other, they both have to readjust the rules they’ve set for themselves about who—and how—to love. There’s a lot of quiet activism in this book. It’s a story about queer polyamorous people trying to live and love in a society with strict social norms. The characters grapple with class inequality, worker’s rights, and sexism. There’s also a wonderful side plot about women’s suffrage (and one of my favorite supporting characters ever, a badass lesbian journalist). 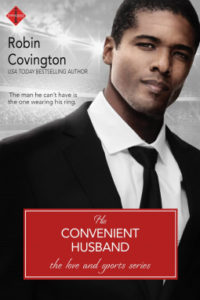 His Convenient Husband by Robin Covington

Isaiah is an NFL football player who recently lost his husband and is raising their teenager son alone; he’s trying to live as quietly as he can for someone in the public eye. Victor is anything but quiet: he’s a principal ballet dancer seeking asylum in the U.S. from his native Russia, where he advocated loudly for LGBTQ rights. When his asylum request is turned down, Isaiah offers to marry him. While the story focuses mostly on the fake relationship, Victor’s advocacy for gay rights—and his fierce refusal to be quiet about it, even when it puts him in danger—is an essential part of his character. As an added bonus, Isaiah’s son Evan is a teenage queer activist in the making. 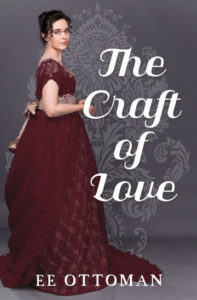 The Craft of Love by E.E. Ottoman

Set in 19th century New York City, this slow-burn romance is the perfect comfort read. It stars a bisexual quilt maker and a trans silversmith—two people who are both independent and kind. Remembrance, the quilt maker, is also politically active; she has strong opinions she isn’t afraid to voice, and she attends meetings and lectures about various causes she cares about. The romance itself is gentle and soft, and the book is full of beautiful details about their respective crafts. Remembrance’s politics are important, but not central, to the story. It’s a lovely example of how everyday activism—in any century—can be meaningful and productive. 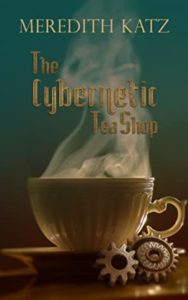 Set in a future America, this is a quiet love story between Sal, an aging robot, and Clara, a solitary AI repair repair technician. Robots were once mass produced, but making them has since been declared illegal; Sal is one of the few still around. Now she manages the tea shop once owned by her maker, serving a public that is vehemently anti-robot. When Clara wanders into the tea shop, the two immediately hit it off. They bond further in the wake of a violent anti-robot attack aimed at Sal’s shop. This book tackles social justice activism in an intimate way, as Sal and Clara use their kindness and care for each other to fight back against anti-robot rhetoric. 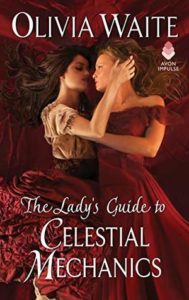 The Lady’s Guide to Celestial Mechanics by Olivia Waite

In this delightful historical romance, two women team up to take on the injustices of the scientific academy in Regency England. Catherine is a widow and master embroiderer who spent years helping her husband with his scientific explorations. Lucy is a brilliant young astronomer who spent most of her life living in her famous father’s shadow. When Catherine hires Lucy to translate a French astronomy text, the two women find themselves falling for each other. I love everything about this book, but watching these two women fight for recognition in a society that largely ignores them is my favorite part. Lucy and Catherine refuse to back down from the men insistent on keeping them out, and the result is a rousing call to action against the patriarchy (not to mention a sweet, steamy romance). 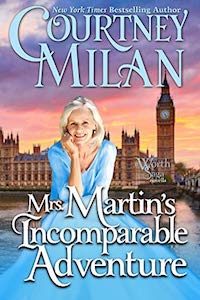 The subtile of this book could be: Or, Two Old Ladies Team Up to Stick It to the Patriarchy. The theme of the novel isn’t social justice, per se, but toppling the patriarchy is definitely central to the plot. If you need inspiration for how to be a badass at any age, fight for what you want want/need/believe in, and have fun while doing it, this is your book. Beatrice, a 73-year-old widow, has a Terrible Nephew she tries to ignore. Until Violetta, the 69-year-old manger of the rooming house where Terrible Nephew lives, bursts into her life. The two women combine forces to give the Terrible Nephew everything he deserves. Along the way, they fall in love and eat a lot of cheesy toast. 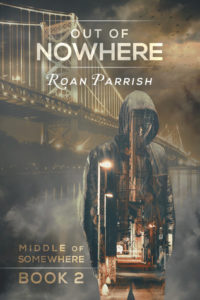 Out of Nowhere by Roan Parrish

Colin is a closeted mechanic; for years he’s been drinking and using excessive exercise to get through the day. Rafe is a social justice advocate who works with queer youth at a local LGBTQ center. He helps Colin when he’s getting beat up outside a gay bar, and the two begin, slowly and painfully, to build a relationship. This is definitely a heavy book—content warnings for internalized homophobia, self harm, and suicidal ideation. But it’s a worthwhile and satisfying emotional journey. For Colin, it’s a journey from self-hatred to self-love, and one of the sweetest parts is watching how Rafe’s activism plays a role in that. Colin begins volunteering with the queer youth group Rafe runs, and the connections he makes with the teens are an important part of his healing process. Rafe’s journey, like Patrice’s in American Love Story, is about learning how to balance the personal and the political—which is never easy or simple. 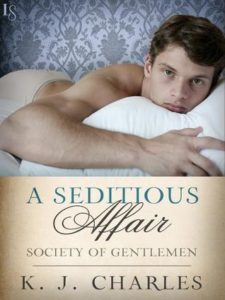 A Seditious Affair by K.J. Charles

Sedition, anyone? This is one of my favorite historical romances ever. Set in 1819 London, and inspired by true events, it centers both social justice work and the tensions that arise when two people with differing politics fall in love. Silas is an idealist and a radical bookseller; he writes and distributes pamphlets urging revolution, he’s not nice, and he certainly doesn’t have any time for gentlemen. Dominic is a gentleman and a Tory and pretty much the embodiment of everything Silas hates. Except, after meeting anonymously every night for a year, the two men find rare comfort and companionship with each other. They just have to overcome a lot of obstacles—emotional, political, and sometimes life-threatening—to be together. This is not a light read, but if you like romance with angst, stellar characterization, and a lot of depth: you’re welcome.

Note that this is the second book in a series (Society of Gentlemen). I think it works fine as a standalone, but it does overlap with the characters and plot points from the first book, A Fashionable Indulgence. So you might want to read that excellent novel also.