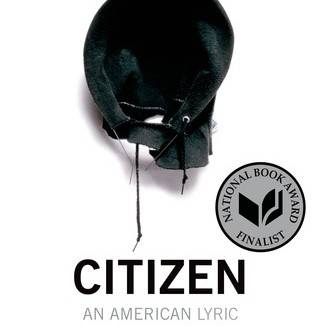 “You take in things you don’t want all the time. The second you hear or see some ordinary moment, all its intended targets, all the meanings behind the retreating seconds, as far as you are able to see, come into focus.  Hold up, did you just hear, did you just say, did you just see, did you just do that?”

There is no such thing as the angry black woman or monstrously aggressive black man. It is hard to be reminded day in and day out that the world does not take too lightly to people of our kind and that it will try to squeeze you into a box until you one day have had enough. That’s when the madness truly sets in, the madness being that others, who do not share your reality, desperately try to cramp you into their own in order to maintain a false sense of comfort, to believe another day that racism is a thing of the past.

Once you become aware of who you are and from whom you have descended, you become hypersensitive to your surroundings. A mere greeting, a lingering gaze, or a smile can be interpreted as something malicious and life-threatening. You do not see things as everyone else does and instead of people trying to understand you and how you angrily react to oppression, people pass you off as an animal. It’s not your fault. You do not want to absorb all that’s around you but you have no choice in this matter.

“The world is wrong. You can’t put the past behind you. It’s buried in you; it’s turned your flesh into its own cupboard. Not everything remembered is useful but it all comes from the world to be stored in you.”

It is not your fault. When people take offense to your oppression, it’s because they are realizing that the world is wrong and that their conception of reality is based upon a lie. Rather than wake-up to this artifice, they seek to silence you instead. Do not fall for it. Do not ever fall for it. The past can never be erased. Our ancestors were human beings first before they were slaves and we fight today to reclaim that humanity boldly and unabashedly in front of the ignorant. We do not make up these painful stories for sadistic pleasure. They are real and they are what has made you you. The world has made you like this and your existence is the start of resistance.

That’s what they say, right? That’s what your friends and colleagues say, right? There is no moving on from what still affects you, as if centuries-old systems can collapse at the start of a new presidential election season or personal accomplishment earned. You do not have to move on from what is a part of your history but you must move on from letting that history destroy you. On the contrary, let it inspire you.

Because white people can’t police their imagination, black people are dying. Do not ever feel like you have to fall under the weight of someone’s willful ignorance about the world. When someone takes offense to your story, realize that he or she wants you to be silenced, to die in a metaphorical sense. When someone justifies one of our own who was murdered by a police officer, it’s because he or she would love to put another black body in the ground rather than speak about the injustice that will gradually eat away at their own soul.

“The sigh is the pathway to breath; it allows breathing. That’s just self-preservation. No one fabricates that. You sit down, you sigh. You stand up, you sigh. The sighing is a worrying exhale of an ache. You wouldn’t call it an illness; still it is not the iteration of a free being.”

We breathe because most days, that’s all we’ve been afforded. The crisp air around us can be a delight. The smell of food cooking in a nearby kitchen makes us salivate, reminding us that we have urges and should respond to them. We breathe because we have life and thus have purpose. We breathe for those whose breaths have been cut short by state-sanctioned terrorism. We breathe because that collective inhaling and exhaling is in sync with the heartbeat of the earth, from whence we came and our bodies must return someday.

But for now, we breathe because that’s triumph. You may have sat down and sighed but you have risen to breathe. You keep on, keepin’ on because we all live together. That solidarity will not cease, no matter what happens.

If nothing else inspires you more, remember that you are the pride in your ancestors’ eyes. You continue to speak and march and shout and exhibit the range of your emotions when they could have only dreamed of doing so.

You keep on, keepin’ on.