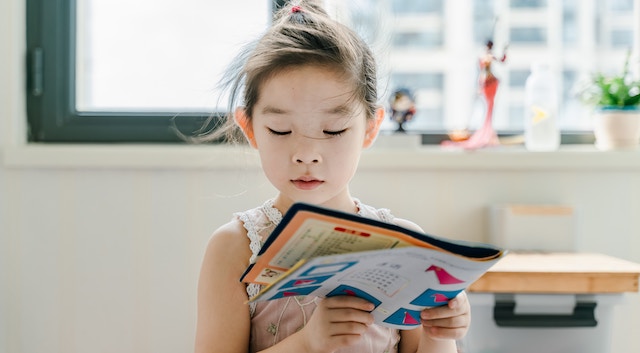 This list of picture books with a human main character from a marginalized community for the 2020 Read Harder Challenge is sponsored by TBR: Tailored Book Recommendations.

When it comes to children’s picture books, finding an animal main character isn’t out of the ordinary. Bears, birds, monkeys, dogs, kittens. You might also find aliens, robots, pencils, trucks, cars, maybe even food items.  But as we continue the conversation about expanding representation in children’s publishing, it’s also valuable to find books that showcase actual children, particularly those from marginalized backgrounds, rather than creatures, critters, and objects who have, and still do, outnumber them.  Read on for a few picture books with human characters belonging to marginalized communities. 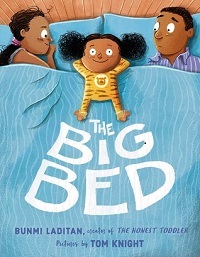 The Big Bed by Bunmi Laditan

A hilarious tale of a little girl who wants to sleep in the big bed with her mommy, even if it means daddy has to go elsewhere.

Category ID: 477
Category ID: 11176
Sitewide Events Newsletter
Subscribe to Events to receive news about sitewide bookish celebrations, round-ups, and more.
Thank you for signing up! Keep an eye on your inbox.
By signing up you agree to our terms of use 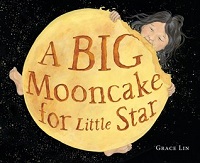 Though Moon loves the mooncake she makes with her mama, she’s  not supposed to have any just yet. But she can’t resist and sneaks a few bites. 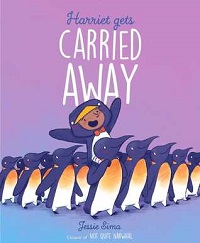 Harriet Gets Carried Away by Jessie Sima

On the day of her birthday party, Harriet dons her penguin costume and heads out with her dads to prepare. But despite their warnings to not get carried away, Harriet finds herself doing just that when a bunch of traveling penguins mistake her for one of their own and carry her back to their home in the Arctic, leaving Harriet to find her way back in time for her party. 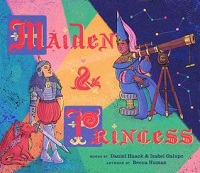 In a faraway kingdom, a maiden is invited to attend the prince’s royal ball, where he’s expected to find a bride. Though she makes a good impression on everyone there, she’s not as excited as everyone else until she encounters the prince’s sister, the princess. 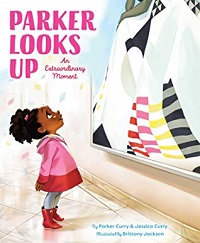 Parker Looks Up by Parker Curry and Jessica Curry

When Parker and her family visit the Smithsonian, she discovers and is immediately inspired by Michelle Obama’s portrait. 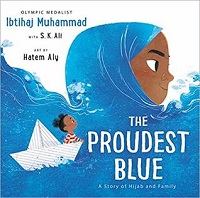 The Proudest Blue by Ibtihaj Muhammad

Written by Olympic gold medalist Ibithaj Muhammad, this story follows Asiya and her older sister Faizah. It’s Asiya’s first day of school and Faizah’s first day wearing her hijab. Though Asiya thinks her sister looks like a princess in her hijab, some of their classmates have only hurtful things to say. 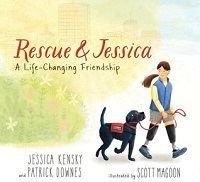 Rescue and Jessica: A Life-Changing Friendship by Jessica Kensky and Patrick Downes

Though Jessica struggles with her life not turning out as she expected, things are made easier when she meets Rescue. Rescue thought he was going to be a seeing eye dog, but it turns out he may be better suited to being a service dog. Though Rescue’s not sure he’s up for the job, and Jessica’s not sure she can adjust to her new way of life, both are strengthened by the other. 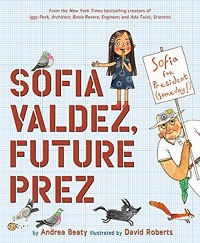 In the latest book in the Questioneers series, Sofia Valdez fights to turn a landfill into a park. Though some don’t think Sofia can really do anything because she’s just a kid, Sofia’s determined to turn Mount Trashmore into something beautiful. 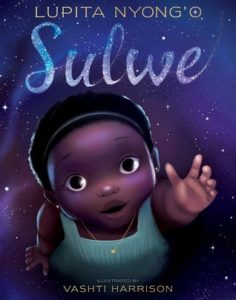 With skin darker than everyone in her family and everyone she knows, Sulwe wishes she could have the bright skin of her mother and sister. Until she experiences a magical journey in the night sky that changes her outlook.