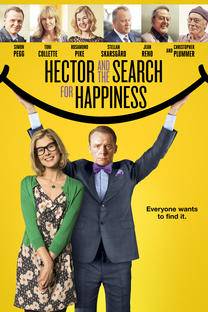 Welcome to Week Four of Rebirth! We’ve only got three books this week, all #1s of titles whose Rebirth specials I covered in Week Two. Check out what I thought back in those days of yore, then come on back for this week’s deets:

The ongoing plot for this book really gets underway in this issue, as Arthur and Mera welcome landlubber press and military representatives alike to Spindrift Station, an attempt to forge a more fruitful relationship between Atlantis and the surface world. I like the emphasis on Aquaman the diplomat and king, struggling to be a modern and responsible monarch despite political tension; casting this issue largely through the eyes of spunky British Royal Navy Lieutenant Joanna Stubbs was a smart move. However, the book is blindingly white, with the sole exception of villain Black Manta, a level of Did You Really Just that I frankly can’t believe I’m seeing in 2016.
Good for Newbies? Yep.
Good for Oldbies? Sure.

Flash Rebirth (no, not that Flash Rebirth, the other Flash Rebirth…sigh) was half CW-inspired, half mired in Rebirth shenanigans. This issue ditches the broader Rebirth storyline almost entirely and is the better for it, with a very TV Flash-viewer-friendly story about Barry burning the candle at both ends professionally, personally, and superheroically. There’s even some time with the New 52 Wally and an engaging cliffhanger. Di Giandomenico’s loose, sketchy style is tailor-made for the Flash, like everything’s juddering forward at high speed, and there’s some fantastic split-page layouts towards the end to show separate events playing out simultaneously. Well done all around.


Category ID: 1074
The Stack Newsletter
Sign up to The Stack to receive Book Riot Comic's best posts, picked for you.
Thank you for signing up! Keep an eye on your inbox.
By signing up you agree to our terms of use
Good for Newbies? Absolutely!
Good for Oldbies? You bet.

Oddly, the book I expected to like the most fell the flattest for me. This still feels very much like putting all the pieces into place – we get glimpses of Etta Candy, Steve Trevor, and a familiar villain on the last page who may hold the key to Diana’s current puzzle, but not much forward action, and it’s not terribly clear how Steve and Etta’s plotline links up with Diana’s. The character design seems a bit inconsistent as well, though the colors are sumptuous. I’m willing to stick with the book at least through #2, which brings Nicola Scott in on an alternating storyline, but I expected this book to knock my socks off, and so far they’re still on.
Good for Newbies? Not so much.
Good for Oldbies? Maybe?

All three of these books definitely feel like they’re hitting their stride (Flash pun) to some degree, after maybe treading water a bit (Aquaman pun) in their Rebirth Specials. Maybe it’s that, maybe it’s the lighter reading load, but I’m feeling more optimistic about this whole Reading Through Rebirth project. Still waiting for more diverse leads, though, and though all four books have four creators attached, only two of Wonder Woman’s are female. I wonder (hat trick) if that ratio will ever improve?