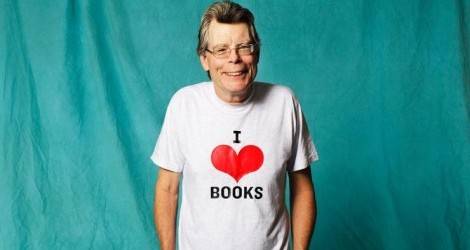 This is a guest post from James Renner. Renner is the author of the novel, The Man from Primrose Lane, and the new nonfiction thriller, True Crime Addict. Follow him on Twitter @JamesRenner.

I was thirteen years old when The Dark Tower III: The Waste Lands was published, in 1991, about the same age as Jake Chambers, my favorite character from those stories. It was all I wanted for Christmas that year. I remember finding the softback edition on an endcap in the Waldenbooks at Westgate Mall near Cleveland. I felt feverish as I flipped through the pages to get a look at all of Ned Dameron’s wonderful illustrations of Mid-World: the giant bear with the satellite dish on its head, the giant monster house, Jake finding the rose… I had no idea what any of these paintings meant but they pulled at me like a great magnet. That mall is gone, now. Waldenbooks is no more. And somewhere along the way I lost that book. But I haven’t stopped thinking about one little piece of it.

You see, there’s a riddle hidden inside with an answer that Stephen King has never owned up to.

This is going to be a little inside-baseball for anyone who isn’t a die-hard Dark Tower fan. This also reveals a level of study I’m not entirely comfortable admitting to. In my defense, I was a kid and I had not yet discovered girls and there wasn’t a lot to do out in the boonies where I grew up. Also, the next book in the Dark Tower series, Wizard and Glass, didn’t come out until 1997, so I had six years to re-read and pick apart The Waste Lands while I twiddled my thumbs.

The book begins with our hero gunslinger, Roland Deschain leading two apprentices – expatriates of our world, Eddie and Susannah Dean – across the strange dystopian realm of Mid-World. Along the way, they stop to pluck young Jake Chambers out of Manhattan via a magic door while Susannah has sex with an invisible demon – seriously, why haven’t you read this book yet? Now a family, a full “Ka-tet,” the four wanderers and their loyal billy-bumbler, Oy, hoof it to the dead metropolis of Lud where a train waits to take them thousands of miles closer to their ultimate destination, the nexus of time and space itself, the Dark Tower!

The train is actually a monorail. A pink monorail named Blaine. Blaine is a pain. He’s a sentient computer program that has gone crazy from boredom. And he plans to commit suicide with Roland and company inside his cabin. Unless, that is, they play a game of riddles. Sort of like Gollum and Bilbo under the Lonely Mountain. If they can stump Blaine, he’ll let them live.

The book ends on a cliffhanger as Roland, Eddie, Susannah, and Jake begin to pose riddles. The Waste Lands is all about riddles. They appear throughout the entire novel.

When we first reconnect with Jake, he’s hearing riddles in his head. He writes them down in an essay for English class. When is a door not a door? When it’s a jar. What has four wheels and flies? A garbage truck.

Later, Roland tells his friends about the tradition of the Fair Day Riddling contests from his childhood. Fair Day was the only time when common folk could enter the Hall of the Grandfathers in Gilead, the intellectual center of Mid-World. Anyone could write a new riddle on a scroll and put it in a barrel in the hall. Whoever guessed the most riddles correctly won the largest goose in the land.

Roland then gives an example of a “good” riddle: What’s dressed when night falls and undressed when day breaks? A fire.

Eddie, always the joker, comes back with his own: Why did the dead baby cross the road? Because it was stapled to the chicken. I cannot adequately explain how funny that one was to a thirteen-year-old boy such as myself.

But the thing I always got stuck on was Blaine, himself. Why the hell was Blaine pink?

We learn that there were actually two monorails that served the citizens of Lud before their civilization collapsed – one was pink and one was blue. But when Roland’s group arrives, the blue monorail lays in a heap in the river. Eddie and Susannah discover that the blue one was called Patricia, leading Eddie to comment: “They got their colors wrong, though. It’s supposed to be pink for girls and blue for boys.”

It’s important to note that Blaine has a split personality of some kind. As Eddie and Susannah try to talk their way onto the monorail, Blaine’s booming voice is interrupted by another, described as sounding like “a frightened child.” It calls itself Little Blaine, “The one he forgot. The one he thinks he left behind in the rooms of ruin and the halls of the dead.”

And when they finally enter Blaine, it’s the other voice that welcomes them, almost automatically: “’Welcome to Blaine,’ a soothing voice said as they pelted aboard. They all recognized that voice; it was a slightly louder, slightly more confident version of Little Blaine.”

Once aboard, King spends ample time writing about Patricia, which seems like an odd aside for a detail that doesn’t drive the plot at all. Blaine explains how the blue monorail ended up in the river. “Patricia went mad… in her case the problem involved equipment malfunction as well as spiritual malaise.” He describes how an electrical fire caused “logic-fault” problems which made her personality software begin to go crazy. It threatened to spread to the computers that also controlled him, so he isolated her programming, cutting her off from the central processor. Then she committed suicide by driving off her track and crashing into the riverbank.

When I read this as a kid, my first thought was that Blaine was lying. We were warned early on in the book that Blaine “couldn’t be trusted” after all.

The only mono we know has a suicidal streak is Blaine, himself. He’s going to kill himself and all of the gunslingers if they can’t stump him with a riddle, after all. We only know Patricia from the story Blaine tells. So we have this odd, disjointed story from an unreliable narrator, a split personality, and the wrong color for gender. As a storyteller, those are logic problems. Unless…

Unless Blaine was the blue mono and Patricia was the pink one. What if, after Blaine started acting crazy and Patricia tried to block him out of the main server, he uploaded his software into the pink monorail? It would explain Little Blaine very well – that’s Patricia (a woman’s voice could easily be mistaken for a child’s if one never has a face to go with it). And isn’t it just the sort of thing Blaine would do?

There is only one unanswered riddle in The Waste Lands: when Eddie asks why Blaine is pink and not blue. I’ve always thought this was the answer.

When I shared this theory on an obscure subReddit, another fan pointed out one final bit of supporting evidence. Stephen King has a fetish for finding the perfect names for his characters. He gives it a lot of thought. And here we have the story of Blaine. The BLue trAINE.