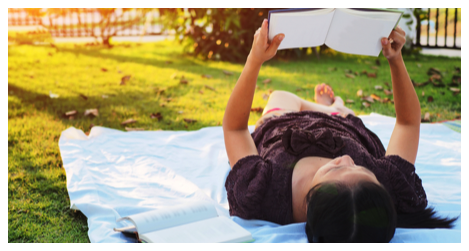 Rioters have shouted about our favorite new released books, comics, and covers of 2017 (so far) and we need to give the same love to our favorite backlist books. We may read a lot of galleys for upcoming books but that doesn’t mean we don’t also give a lot of reading time to backlist. We are after all on a mission to read all the books! 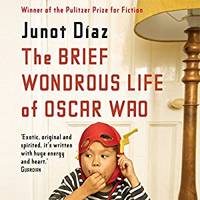 The Brief and Wondrous Life of Oscar Wao by Junot Díaz, narrated by Lin-Manuel Miranda: Yes, I’m fully aware I’m late to the party on this one. But I’m glad I finally arrived and grabbed a red Solo cup. Junot Díaz is a master of character and language. I listened to the audio version of this, narrated by the much-loved Lin-Manuel Miranda, and I found myself pausing to meditate on the turns of phrase Diaz had masterfully crafted. He uses language in a way I’ve never seen before and, along with an utterly engrossing story, his description of the most mundane aspects of life actually left me with goosebumps. —Elizabeth Allen 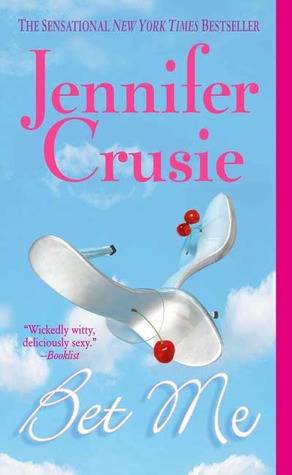 Bet Me by Jennifer Crusie: I’ve read a good number of backlist books this year, certainly more than normal, and the one that rises to the top for me is this contemporary romance novel that I just want to read over and over again. The heroine, Minerva Dobbs, is an average looking, smart woman who believes that fairy tales don’t exist. The hero, Cal Morrissey, is a lady killer. The bet that brings them together is a meet-cute for the ages, and Crusie is not content to let either of those surface descriptions about her two protagonists be all there is. They are complex people with more going on. Plus the romance is steamy and the writing is funny and sharp. Because the book was published in 2004, some of the cultural references are dated, but there’s still fun to be had. —Rachel Manwill 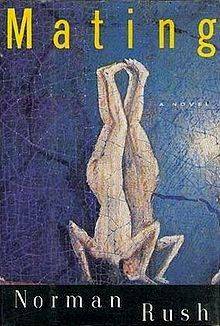 by Norman Rush: This is a hard book to describe. It’s an eccentric novel about a female American anthropologist who searches out a women’s commune in Botswana, which is run by a charismatic male anthropologist who mirrors her in certain ways. Beneath and besides that, it’s about: the practical problems of international development, a battle of intellectual wills, the core of male-female relations, and the arrogance of white savior-dom. Mating is heady, dizzying, and brilliant. —Christine Ro 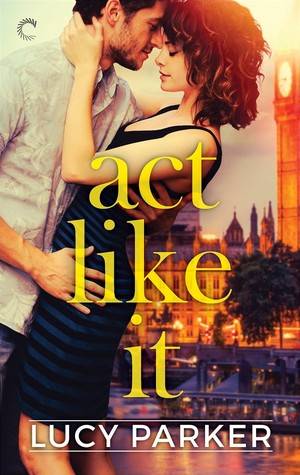 Act Like It by Lucy Parker: I said it before and I’ll say it again: there is nothing not to like about this book. You have the glamorous world of London’s West End, fun Britishisms, awesome secondary characters, a ton of drama (it is the theater!), and two main characters with off-the-charts chemistry. Lainie Graham and Richard Troy star opposite each other in a West End play, and are also complete opposites in real life: Richard’s a grumpy bastard (hilariously so, really) who rubs everybody the wrong way and Lainie’s a sweet English rose. They hate one another, needless to say–that is until the play’s producers hatch a plot for the two to fake-date in order to sell more seats. This novel is pure entertainment from start to finish and a must-read if you enjoy contemporary romance. —Tasha Brandstatter 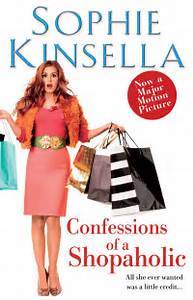 Confessions of a Shopaholic by Sophie Kinsella: I realised at the end of last year that I’ve been neglecting British fiction these last few years, and Shopaholic is a modern classic that I needed to get under my belt. I’m so glad I got to it — it was fun and easy to read, and Becky was so very recognisable to me with her magical thinking. (“If I hide these bills, it’ll be exactly as if they didn’t exist.”) It’s also a fascinating study in British culture, with gems like this: “Earl Grey,” I say, even though I actually prefer Typhoo. Because I’d better start acting posh, hadn’t I, if I’m going to be the girlfriend of someone called Tarquin. —Claire Handscombe 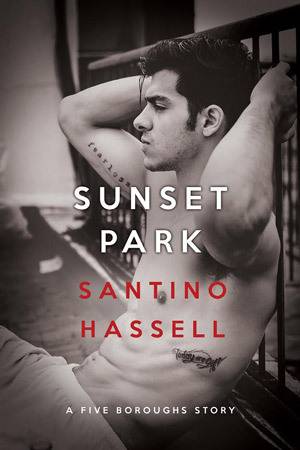 Sunset Park by Santino Hassell: While the second book in the Five Boroughs series, this one is (so far) my favorite. Raymond and David, who we meet in Sutphin Boulevard, have developed a fast and firm friendship. Raymond’s brother and David might have had a thing, but their bond is strong enough that Raymond lets David get closer to him—physically and emotionally—than almost anyone else in his life. Having been aware of but having never acted on his own bisexuality, Raymond isn’t sure about where his relationship with the openly gay David might be going. When it all changes, it’s the best thing for everyone. (And seriously, Raymond Rodriguez is my favorite person in the whole Boroughverse.) —Jessica Pryde 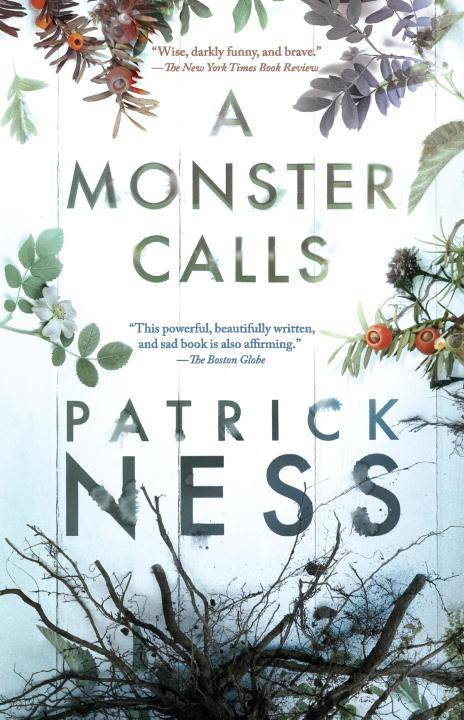 A Monster Calls by Patrick Ness: Oh, those tears. I openly sobbed multiple times while reading this. I initially picked it up because I planned to watch the movie — and I always read the book before the movie — but now I have no desire to watch the film. Not because the book was bad, but because it was that good. There’s no way the movie can live up to the book. And not only did the book appeal to my emotions, but as a fan of folklore and green man mythology, I loved the mix of magic with the contemporary. And I loved the theme that the stories we tell about ourselves matter, and that we have to be truthful with ourselves. That fiction often uncovers meaningful truths about ourselves. I’ve found that to be true, for myself, many times. I recommend reading the version illustrated by Jim Kay. The images really enhanced the reading experience. I read it in a single sitting, and I can’t imagine any other way to do it. Keep the tissues handy. —Margaret Kingsbury 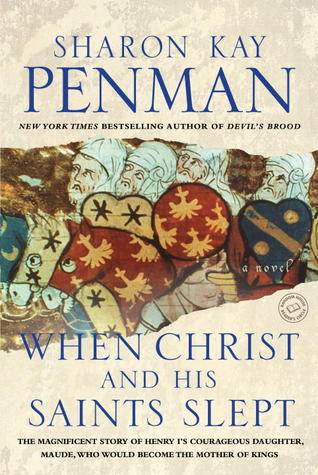 When Christ and His Saints Slept by Sharon Kay Penman: This novel is all about the twenty year feud between the Empress Maud and her uncle Stephen of Blois for the throne of England. Their struggle to gain the throne resulted in what was known as The Anarchy and was a miserable time to be alive in England’s history. One chronicler wrote that it was so bad it was as though Christ and all his saints slept. This novel is one of my all time favorites and highlights the rise of the Plantagenet dynasty. SKP brings history to life in all of her novels, and has impeccable research, which is hugely important to me. This is one of my go-to recommendations for medieval historical fiction. —Kristen McQuinn 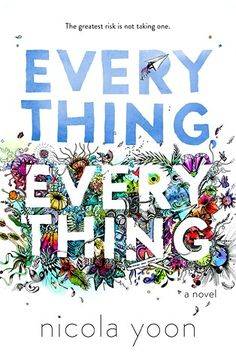 Everything, Everything by Nicola Yoon: I’ve had this book on my kindle since it came out, and finally read it when I saw a friend’s glowing review of The Sun Is Also A Star, Yoon’s follow-up book. Although not a sequel, I felt that I ought to read her first book first. This is one of those books where the voice absolutely leaps off the page, and every character feels like a three dimensional person whose life I am peering into. The story starts off very grounded and slow and becomes increasingly intense with every page; at the climax it veers into near-fantasy and then comes crashing down to earth again. Every word is masterful. —Annika Barranti Klein 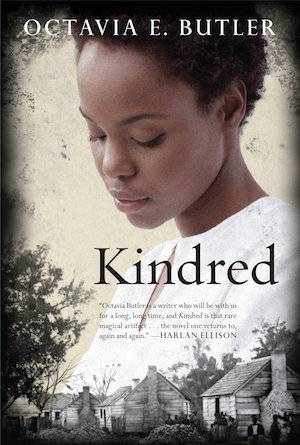 Kindred by Octavia Butler: I’m late to the party by, oh, about four decades, but when I finally read Kindred this year I joined the party-goers and never looked back. The story of Dana, a black woman who keeps being sent back in time to Antebellum Maryland to save her slave-holder ancestor’s life, is both heart-wrenching and enthralling. Butler’s voice is so vivid, and her tale so complex, that I was left thinking about this novel for weeks afterwards. —Carolina Ciucci 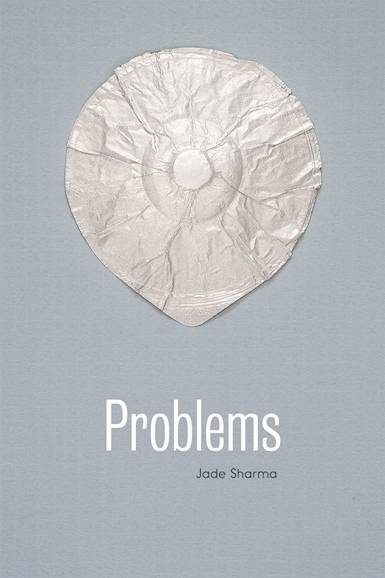 Problems by Jade Sharma: Maya is the worst. She’s a heroin addict who cheats on her husband with a professor; a snarky, snobbish, lazy bookseller…and if she were a male character, she’d be lauded as a long-suffering genius. Problems is a slim, slice-of-life novel about living in her skin, about the daily mundanities of drug addiction and unhappy marriages, the small lies we tell ourselves and our families. She’s a desperate and annoying character you’ll simultaneously want to shake and embrace, and that’s the book’s genius. 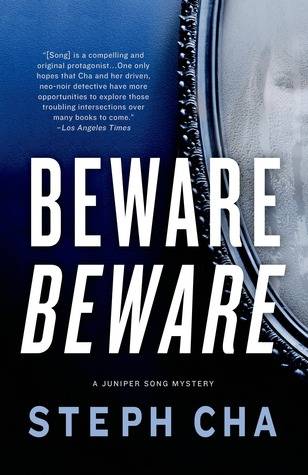 Beware Beware (Juniper Song #2) by Steph Cha: This was a hard choice for me as I’ve already read a bunch of great books that I’ve been wanting to get to for a while but I have to go with ladies in noir. Actually, I should clarify ladies who aren’t just the femme fatale in noir. Juniper Song is back and this time rather than accidentally finding herself in amateur sleuth territory, like in the first book, she’s now properly interning as a PI. Her first official case is to follow Daphne Freamon’s boyfriend Jamie Tilley. Sounds easy, and not very thrilling, but this is a noir novel and we’re in Song’s world so of course Tilley ends up the only person left at a party with a dead actor and that’s just the beginning of the trouble. I love that Juniper Song sees the world with a bit of a dark stain, that Cha takes me into the Korean communities of L.A., and how she tackles important issues like our rape culture head-on. If you’re a fan of PIs and you’ve yet to meet Juniper Song you should remedy that.

And since our TBR list can never be long enough (#TeamReadAllTheBooks) tells us your favorite backlist reads this year so far!