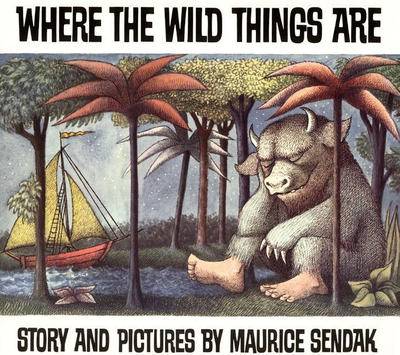 This is a guest post by our current Rioter in Residence, Sean Ferrell. Sean’s novels include Man in the Empty Suit from Soho Press (2013) and Numb from Harper Perennial (2010). His children’s picture book, I Don’t Like Koala, will be published by Atheneum Books in 2014. He is currently working on another novel and needs a nap.

Sean lives and works, in no particular order, in New York City. Follow him on Twitter @byseanferrell.

One of the greatest triumphs of watching a child grow is seeing them develop their own tastes. Having said that, I have no idea what the Hell is wrong with my son because how can he not know that some of his reading choices are terrible. Capitalize that. Terrible.

I had to choke down this boney truth when, in a fit of parental “wisdom,” I suggested that he neaten up his bookshelves in order to make room for new books. Big Kid Books. Some of these BKBs are comic books, but any reading port in a video game storm, right?

“Clear out the things you don’t read or don’t like, and we can donate them,” I said.

“These are worth money,” he said.  “I’m not just giving them away. Are you crazy?”

He is seven, my little one-percenter.

Convincing myself that he would buy more books with his capitalist cash, I gave him a cardboard box and left him to his work. I can’t recall how long he spent selecting what to keep, what to sell, but it was either an absurdly short or disturbingly long period of time because those are the only amounts of time that exist in his reality.

When he did come out of his room he looked proud. “I’m done. Where will we sell them?”

“First let me see what you’ve got,” I suggested. Yard sale versus used-book store versus donation raced through my head as I knelt down to go through his “kill” pile.

And then my heart broke.

On top was Green Eggs and Ham. Where the Wild Things Are sat beside it. Harold and The Purple Crayon. By the time I saw Winnie the Pooh and The House on Pooh Corner I was in shock.

“These? You want to get rid of these?”

Clearly, my son had lost his mind. On the shelves sat his keepers. A crummy set of nursery rhymes that were poorly illustrated. A terrible batch of super-hero stories. “Nonfiction” books about the Star Wars universe.

“You’re keeping those,” I said, my hand waving over books I didn’t want to touch, “and getting rid of these?” Caress is an embarrassingly accurate description of what I did to the books in the box.

“Those are baby books,” he complained.

I’ve never been ready for him to grow up, but to have him reject these books stunned me. How could he throw Pooh to the curb? What had Sam I Am done wrong? And Max? Y’all want this rumpus started right right now? No, according to my son.

I dug through the pile and each book brought back moments of reading to my son. Yes, these were baby books, but they were my baby’s books. This is one of the things I hold on to in my hesitation to read ebooks: the physical book soaks up the moments. Files remind me of nothing. The dog-eared copy of The Owl and the Pussycat can sit beside my bed like an artifact. And it does. How does one display a file? How does a hard drive foster nostalgia?

I grabbed the books that no longer meant anything to my son because they mean something to me. They hold more than the stories they tell, they contain him. They remind me of the touch of his head on my chin as he settled onto my lap to see if once again Harold’s crayon would get him home, or if Max would return home, or if the Owl and the Pussycat could make their crazy love work. I saved the books, put them on my shelves, placed some just so, covers out, like baby photos, a family album built of stories.