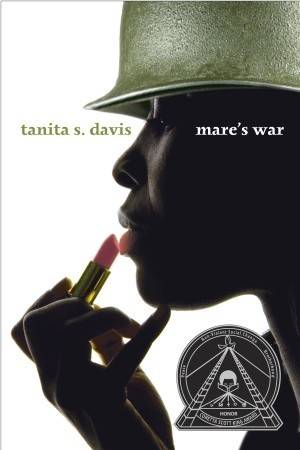 This post contains spoilers for the current Batman run.

Bruce Wayne is Dead, long Live Bruce Wayne. Or something like that.

A few months back, readers of Batman watched their leading man die, beaten and bloody underneath the streets of Gotham.

Scott Snyder and Greg Capullo have been slowly but surely building a weirder, wilder Gotham than we’ve seen before. This is a Gotham that went through The Zero Year, which not only brought the city to a Mad Max-esque halt, but saw the very buildings of Gotham used as dominoes to crush the caped crusader while he was sporting some really wonderful purple gloves. Dan Miki has been slathering shadowy ink all over the alleyways and boardrooms of Batman’s city while FCO Plascencia counters them with acid and neon-dipped washes of color. It’s neo-noir tainted with Snyder’s brand of creepy horror.

Nothing’s quite right. As Jim Gordon says in the first issue of the current arc, things are almost literally upside down, with the Joker and Batman gone – leaving a vacuum for all sorts of strange to worm its way in.

Commissioner Gordon is running around in a robo bunny suit provided by a shadowy company run by an old-money Gotham family, as Bruce Wayne is living a mostly carefree life helping out at a youth center. You wouldn’t expect the latter half of that sentence to be the more engaging part, but hey, that’s comics! Good.

In the latest issue, we learned that Bruce died. No tricks. No way out. And then he came back thanks to the same substance that was fueling the Joker’s seeming immortality throughout the Endgame storyline. Bruce Wayne came back. Batman didn’t.

The thing that stuck to my ribs from Batman #43 was finding out that Bruce had been preparing for this eventuality.  “Batman and Robin Will Never Die!” was the rallying cry of Grant Morrison’s Bat-Opus, but after the reveal that Bruce was working on a machine to ensure that there will always be a Batman – a clone forced to endure the same trauma that created The Bat in the first place – it sounds like a death sentence. This machine would cause an unending chain of heartbreak and trauma that would suck anyone in its proximity down with it. It’s a bit of meta-textual fooling around that actually succeeds at something more than a wink and a nod. It’s a punch in the gut.

The Dark Knight Rises toyed with a similar idea: Batman as a temporary stop gap that must come to some end, not an endless, unwinnable struggle against one man’s inner demons. Think more therapy, less Vengeance Incarnate. Similar to The Dark Knight Rises, we see an  Alfred here (sans a hand) who is more concerned with giving Bruce the life he could have had than assisting him in his cape and cowl clad adventures. Snyder and Capullo manage to do a deep dive on the struggle that Alfred is going through in just a matter of pages, even going so far as to have it boil over into him telling off Superman. How could you ask a man to pull the trigger on the person he considers his son?  To go against their best interest and inflict on them years of trauma and pain.

Instead of just telling a story with some finite, immutable understanding of ethics, we’re dealing with people who care about different parts of a person pushing and pulling against each other. It’s a slightly tweaked take on the “needs of the many vs. the needs of the few” argument that’s been the go to question for every mediocre cape comic of the last however many decades. Different people need different parts of Bruce Wayne to make the world make sense, in the same way that a young boy needed a bat smashing through a window to make it all make sense. I’m having trouble wrapping my head around a Batman comic where Bruce Wayne is suddenly the most interesting character in the whole thing.

I know the nature of superhero comics demands that machine get built; that Bruce Wayne be “fixed,” but I’m hoping we get a good look at the alternative before all of the pieces inevitably snap back into place. Snyder, Capullo and the gang will make their mark, pack it up and leave. The scar won’t be healed, no matter what Alfred says. We’ll go back to the way things were so that we can set up the next big change. I’m hoping that before that happens, we actually spend some time with the gravity of the situation; the damnation that these characters would be unleashing. There’s a weight there that doesn’t just say something about the fictional consequences of a never ending struggle, but for the damage that cape comics’ domination does to the industry and to creators. Everyone gets sucked down by it at some point. They can soar, they can excel, they can even reinvent the wheel sometimes – but there’s still something tragic that demands everyone work within the same boundaries, telling new versions of the same old stories. Even when they’re really good.

Super hero comics aren’t often about change. When they are, they’re about the illusion of change. Our heroes are doomed to face the same villains time and time again. The same tragedies. The same victories. The same defeats. While we’re stuck in the cycle, we might as well get the best possible, most engaging stories out of them. Hopefully Snyder, Capullo, Miki and Plascencia leave a new sort of scar on the Dark Knight and their time in Gotham won’t be forgotten anytime soon.