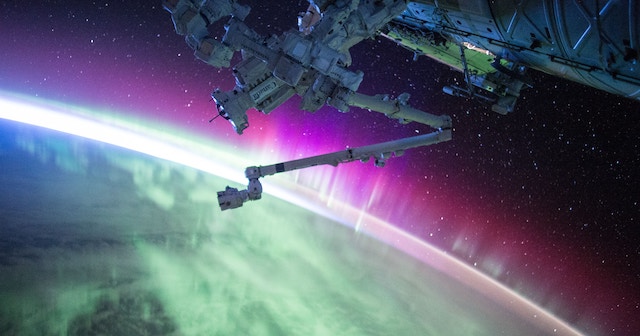 This list of sci-fi/fantasy novellas for the 2020 Read Harder Challenge is sponsored by TBR: Tailored Book Recommendations.

Science fiction and fantasy novels are responsible for world-building and reality-creating. So it’s no wonder so many of these books are epically long and/or span several volumes. But we don’t always have time to sit down and read 1Q84 in its entirety. Sometimes we need a little escapism in under 120 pages. And that’s why, as part of Book Riot’s Read Harder challenge in 2020, we’re challenging you to do just that: read a sci-fi or fantasy novella that’s under 120 pages. It can be done, and here are my favorites out of the many great options available to you. 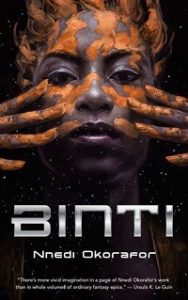 Award-winning film director Wanuri Kahiu called this novella “a wondrous combination of extra-terrestrial adventure and age-old African diplomacy.” And that description seems wholly accurate. Binti is the first of her people to ever be offered a place at Oomza University, the finest institution of higher learning in the galaxy. But to do so, Binti will have to leave her home, her culture, and everything she holds dear to study far away from her home planet with people who do not understand her. 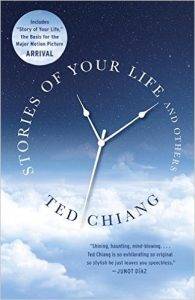 Story of Your Life by Ted Chiang

This novella was first published in Starlight 2 in 1998. In 2000, “Story of Your Life” won the Nebula Award for Best Novella. Later, Chiang re-released this story as part of his collection Stories of Your Life. And in 2016, it was adapted into a film called Arrival starring Amy Adams, Jeremy Renner, and Forest Whitaker. In “Story of Your Life,” linguist Dr. Louise Banks speaks directly to her daughter on the day of her conception. Banks does not experience time in a linear fashion, and so she is able to recount the past—the arrival of aliens and deciphering their language—as well as the future: her daughter’s life and her untimely death. 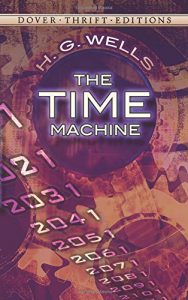 The Time Machine by H.G. Wells

If you’ve been looking for a good excuse to read this sci-fi classic, this is it. Published in 1895, The Time Machine is basically the father of all time travel novels. An English scientist known only as The Time Traveler invents a machine that can travel through time. At first, he uses it to travel three hours into the future. But then he pushes it further, traveling to the year 802,701. Here, he meets the Eloi, a friendly, childlike race who live a carefree life. The only unnerving thing is that they seem oddly afraid of the nighttime and what lurks in the darkness. 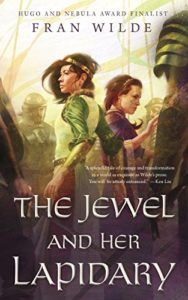 The Jewel and Her Lapidary by Fran Wilde

This novella is all about epic fantasy world-building packed into a tight 96 page book. This story is set in a kingdom where gemstones hold magic powers. Here, we meet two girls named Lin and Sima, a royal Jewel and her Lapidary, who are bound together by magic. But when the Jeweled Court is betrayed, these two girls must use all of their skills to keep their beloved kingdom from falling to ruins. 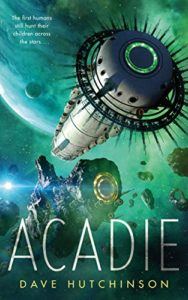 This short novella has quite an interesting premise. A colony of humans left earth to resettle on a far off planet. Since then, they have grown, evolved, and created a home for themselves in their idyllic new world. However, there’s one major problem. The people who are still back on Earth have spent all of these years tracking their descendants across the stars, determined to kill them off. 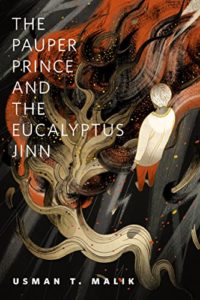 The Pauper Prince and the Eucalyptus Jinn by Usman T. Malik

This book won the British Fantasy Award for best novella in 2016. Salman is a young Pakistani professor who grew up in the United States but still finds himself haunted by the fantasy stories his grandfather told him of another world: a princess and a Jinn who lived in Lahore when Salman’s grandfather was a child. Now, after his grandfather’s death, Salman searches through the notes he left behind and discovers there is more to the story than what he was told. 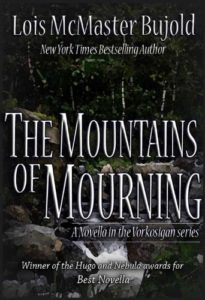 The Mountains of Mourning by Lois McMaster Bujold

This Hugo and Nebula Award–winning novella follows Miles Vorkosigan, who is sent to a small mountain village to investigate a strange murder. The villagers have deep-seated prejudices against those they label “mutants.” And someone in this village murdered an infant who was born with mutations. Part mystery and part science fiction, this novella tells a page-turning story while also commenting on how we treat people who we deem “different.” 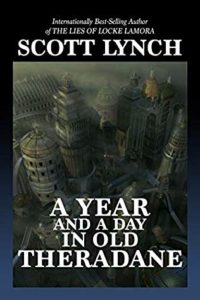 A Year and a Day in Old Theradane by Scott Lynch

In a mere 105 pages, author Scott Lynch transports readers to a place where magic and a council of eternally feuding wizards rule the city. This place is called Theradane. Our protagonist is Amarelle Parathis, the Duchess Unseen, one of the greatest thieves in history. Amarelle recently retired from the life of a rogue. That is, until she offended the powerful sorceress Ivovandas. Now Amarelle has been tasked with secretly stealing an object of power from one of Ivovandas’s rival wizards. It’s a fantasy novel and a heist story all wrapped into one fast-paced novella. 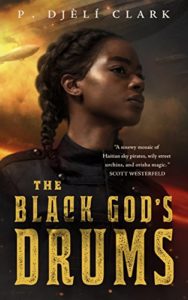 Clark’s debut novella is a steampunk historical reimagining of New Orleans during the Civil War. Creeper is a girl who longs to escape the city by earning a spot aboard the airship Midnight Robber. How does she plan to do this? By giving Captain Ann-Marie information about a Haitian scientist and a mysterious weapon he calls The Black God’s Drums. There is a small complication, though. Oya, the African orisha of the wind and storms, speaks inside Creeper’s head. And she has different plans for our protagonist. 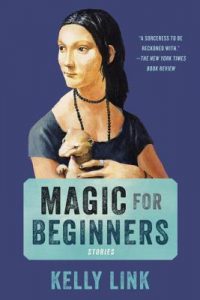 Magic for Beginners by Kelly Link

This fantasy novella won the Nebula Award and the Locus Award for Best Novella in 2006. It was first published in The Magazine of Fantasy and Science Fiction in 2005. Now, it’s available as a part of a short story collection by the same name. This is the story of Jeremy Mars, a teenager who is a big fan of a mysterious television program called The Library. He also happens to be a character in the show.

Looking for more novella suggestions, sci-fi/fantasy or otherwise? Check out this list of the 100 Must-Read Novellas. I wish you the best of luck with your Read Harder Challenge this year!