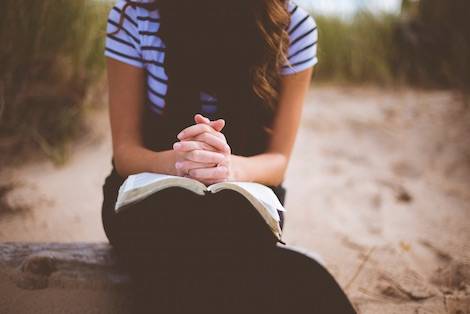 If you’re still rolling your eyes over the title, I get it. For a long time, every time someone mentioned self-care, the image of a rich lady draped in a robe would pop into my mind. So many articles written on the subject oozed privilege, providing soothing tips for women who seemed to have it all but were still having panic attacks over crafting the perfect bridal shower. It wasn’t that I scoffed at the idea of taking a few moments to regroup and relax. I’m the kind of person who leaves the office by 5pm, with zero remorse, because I am fully aware of the importance of balance. My resistance was more towards the very insularity of all these self-care listicles. What were we recharging for, exactly? I simply can’t get worked up over one’s inability to live up to the standards of their favorite Pinterest board. Recently, though, I have seen the concept of self-care be rescued from the pages of Goop and incorporated into the rhetoric of political activism. And I am digging it. Arguably, we can thank writer Evette Dionne for this, when she quoted author Audre Lorde in her article on the subject. In A Burst of Light, her book of essays on oppression as well as her chronicle on dying of cancer, Lorde wrote,  “Caring for myself is not self-indulgence, it is self-preservation, and that is an act of political warfare.”

Since the election, many of my friends and families have been wondering what’s the best way to get politically involved in these trying times. My Facebook feed is now populated with calls to action, newsletter sign-ups, advice on calling your reps. How to do all this while also practicing self-care is a constant topic of conversation. Eating right, sleeping, and exercising are usually at the top, and I’m trying my best to keep to that. So far, though, my best self-care strategy has been to read during my lunch break.

It didn’t start out as a conscious decision. Before November 8th, I was already feeling sad. (Or is “Sad!” the more appropriate term?) My day job was unchallenging, my love life had become a parody of the most cringe-worthy Sex and the City episode you can remember, and I was dealing with major writer’s block. Spending my lunch break joking around with co-workers was starting to feel like a chore. I began to hide out on my desk and read, as a means to escape the dreariness of my daily life for a bit.

After the election, though, all those mundane worries were completely wiped away by the very real fear of the new administration. I’m a woman, a Latina, an immigrant—basically someone who has been instantly put in a position of vulnerability since the Inauguration. My days now consist of obsessively clicking-and-refreshing while I whip myself up into a frenzy. Yet while my social life, work life and creative life have somewhat suffered as I watch the news unfold, my reading habit did not. In fact, I would say I’m more committed to it than ever.

Part of it is very much to escape. But I’m not a huge fan of fluff novels to begin with and most of my picks are either gloomy, literary or gloomy literary. I gravitate towards writing that can be called feminist and intersectional, so reading during my lunch break isn’t really a vacation away from my concerns. What it does do though is give me a space to pause. A juicy plot or a killer sentence directs my energy to the present. As opposed to the avalanche of think pieces, hot takes and newsflashes, I can sit with an idea and process it at my own pace. Reading during my lunch break isn’t about burying my head in the sand. It’s actually about centering my thoughts and not letting my emotions overwhelm my intellect.

It is also a way for me to do something that matters, on a daily basis. Outrage without action is useless and I don’t believe that reading is a sufficient exercise in political activism. But I do believe in its ability to reconnect with our humanity and to recognize the humanity in others. And isn’t that the foundation from which we can create a kinder, more just world?