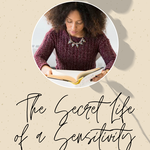 The call for diversity in literature rightfully pushes authors of all kinds to include characters of all kinds in their work. Because of this, the demand for people like me has skyrocketed. I’m a sensitivity reader, meaning I offer my thoughts on how writers portray characters who share my own lived experiences.

For example, I’m non-binary. Say a cisgender author wants to write about a non-binary character. No matter how much outside research they do (reading articles about non-binary people, reading books written by non-binary people, etc), there’s a chance that they’ll miss something about the experience simply because they haven’t lived it themselves. When writing about experiences outside their own, I find that most authors simply don’t know what they don’t know. They aren’t familiar with damaging tropes, perhaps, or didn’t realize that what they wrote is tapping into a stereotype. Oftentimes, they might just get the facts wrong. Thankfully, I’m here to help!

Being a sensitivity reader has been both rewarding and exhausting. What it has certainly done for me, however, is prove that sensitivity readers really are necessary. First of all, we should be included as a normal part of the editing process. Secondly, we should be seen as just as crucial as say, a developmental or line editor. Fortunately, as of late it seems as though the tides are turning in our favor.

I work as a freelance sensitivity reader at Salt & Sage Books. Authors often find me on Salt & Sage’s list of sensitivity and expert consultants. The page also lists the experiences that I read for. At the moment I read for biracial (Black/white) identity, queer identity, atheist identity…and so on and so forth. As Salt & Sage makes sure authors know, this doesn’t mean that I speak for every member of these communities or that my expertise is perfect. It just means that as someone who has lived with these identities, I’m an extra set of critical eyes.

The process starts when an author requests a sensitivity read (which can be general or a request for me specifically). Then, I receive their piece, what they’re looking for, and any concerns. So far I’ve read everything from articles and short stories to graphic novels and picture books. My pay is based on the length of the piece and the time required.

On average, I spend about three weeks on each work. This usually allows for me to read a text once as if I was an average reader (jotting down notes if anything particularly egregious jumps out) and then a couple of times more with a laser focus on the identities I read for.

Lastly, I write a letter to the author with my findings. This always includes positive notes, as nearly every story has a strong element to it in one way or another. Sometimes, the notes are only positive. Several works I’ve analyzed have garnered no critical comments from me — this often points to creators who have done their research thoroughly beforehand. However, I often write a lengthy analysis of what the author should fix if they want to be more authentic or avoid offensive content.

One of the most important parts of being a sensitivity reader (and dare I say it, a thorough one) is providing reasoning behind your critiques. I remember quite vividly a young adult fantasy book that had a Black character turn into a Minotaur. The white author proceeded to describe that character with words like “monstrous” and “beastial.” Some people can already see why this is problematic. But others, like the author themselves, might not be as well-versed in the history of dangerous stereotypes.

So, along with the recommendation that this character change in a significant way, I also provide a list of resources for further research. I might include scholarly articles detailing the racial history of the “brute” caricature, blog posts from Black authors about how to not write Black boys/men, examples of films that do this trope badly, of films that avoid it altogether, and so on and so forth. This not only removes a damaging stereotype from a book headed for publication, but allows for the author to learn and prevent the mistake from happening again. (Let’s hope.)

The Ups and Downs

I would say that 75% of the time, this position is incredibly worthwhile. I earn supplemental income while providing a needed service to authors who understand the importance of treating marginalized identities right. I’m incredibly lucky that I have the opportunity to even do such a thing. I also have gotten the opportunity to read some genuinely amazing books, ones I’m happy to have been even a small part of their process.

The other 25%, though? It can be so incredibly demoralizing to read racist (and other “ist”) literature. It’s frustrating knowing that even the most well-meaning writers can fall prey to ideologies and symbols that have hurt the most marginalized of peoples for centuries. During one read I had to take a break and walk around after a particularly violent stereotype reared its head. A white woman in the text casually accuses her Black friend of rape. Later, the two laugh off the misunderstanding. Yikes. Not only was it inauthentic (I don’t think many Black men would glibly laugh off the accusation given the racial tension present there), but I couldn’t help but think of the historical legacy of that trope and all of its real-life implications.

It can be emotionally draining to immerse yourself in problematic work. Having this role reminds me that even the most earnest of authors — those who are willing to pay for a sensitivity reader to examine their work, for instance — can fail spectacularly at being respectful. This is what also makes this sort of editing uncomfortable at times. Sometimes you just have to tell someone that their entire book should be overhauled if they want to avoid causing harm. As someone who has written and scrapped a few novels myself, I can’t imagine how debilitating that might be to hear. But being a good ally means doing the hard work and taking on that responsibility.

Despite some stress that can come with this work, it also gives me unbridled hope. I’ve encountered several authors who are aiming to self-publish with their own money, and want to use their (often limited) budgets to ensure they depict characters right. That’s downright inspiring! Less often I’ve come in contact with publishers looking for this service for their clients, but the fact that I’ve seen it at all warms my heart. Hopefully, as authors and readers continue to recognize the value of sensitivity readers, we can become a commonplace component of the publishing industry.