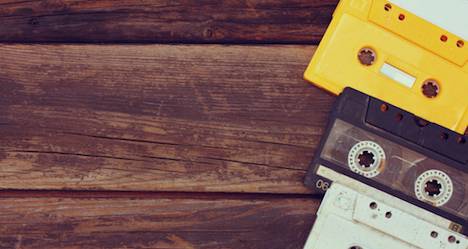 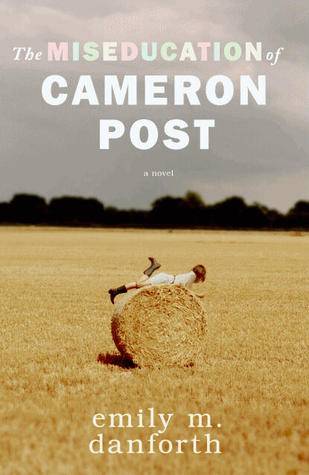 Over the summer, I finally had the pleasure of reading Emily M. Danforth’s The Miseducation of Cameron Post. Certain aspects of the story are still so relevant to today’s society, and yet the setting is there in bold print on the first page of the novel: “Summer 1989.” Well, at least for the first part of the story. The bulk of it is set later, between 1991 and 1993, depending on which section of the book we’re talking about. The ’90s are slightly more recent. But is that decade recent enough to exclude itself from historical fiction?

Historical fiction has a specific feel that’s really not so specific at all. Whatever the place, the time is “past.” The name of the genre brings to mind turn-of-the-century cobblestone streets, or the ruins of ancient Rome, or the trenches of World War II. But technically, if the 1990s are twenty years gone by now, should ’90s fiction be considered “historical?”

It’s a tricky line to attempt to draw, I think, and relies on criteria that takes into account a variety of factors. If a YA novel includes a Facebook post or profile as a critical plot point, that’s a clear sign to me that it’s probably set two or three years ago, before the older generations were the most prominent demographic on Facebook, way back when Pluto was still a planet. Do those books count as “historical fiction?” They will one day, surely, when Facebook is an online ghost-town, abandoned as fleetingly as Myspace was. The internet is a fickle place. But how long until that fateful day when those novels can be categorized as historical fiction? Are there certain rules that make-or-break whether or not a book is old enough?

In Cameron Post, the story certainly has the “feel” of the ’90s. Camp life hasn’t changed much, it’s true; and sure, teens still do drugs. But the fact that all correspondence, in or out of camp, was handwritten? So many letters paper the pages of the novel that it can’t help but bring back those nostalgic pen-pal days of ’90s childhood. The ’90s seems like forever ago to me, especially, since I was only eight when we hit the Millennium. Does it seem that way to an older reader in their forties, fifties, sixties? After a while, I expect the decades will begin to blend together. Maybe the book wouldn’t seem as obviously set-in-the-past to an older reader. Fifty years from now, when we’re all riding in hover cars or space slides, I’m sure Cameron Post will be clearly marked as historical. For now, though, it’s kind of iffy.

Honestly, I don’t think it really matters whether or not something “counts” as historical fiction, I simply think it’s bizarre to think about. And in a practical sense, I just need to know if it should go on my “historical fiction” shelf instead of my “contemporary fiction” one. Yes? No? In a perfect world, I could buy two copies and put one on both shelves just to cover my bases. Too bad I’m not made out of money.

If you want to sound-off in the comments about the “cut-off” date for historical fiction, I’m all ears. Are the ’90s historical enough for you? What about the ’00s? 2015? What counts? Maybe we can come to a consensus and decide once and for all.