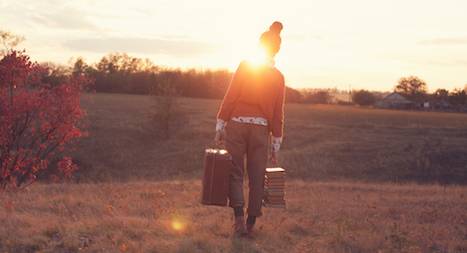 Can reading substitute for experience? Is there ever a time when book knowledge beats knowledge gained through living? Because it’s impossible to do everything in life, most of us live vicariously through reading. Can we ever learn about living from reading fictionalized experiences?

Book v. experience came up recently in an argument with my old friend Connell. We were talking about another friend Janis moving to Mexico, and I wondered if I would like living in Mexico. Connell said traveling to another country changes people in ways that are impossible to know without actually going. Since I’ve never traveled out of the country but often read books by people that do, I argued that we should be able to gain some sense of traveling from reading. Connell told me I was fooling myself.

I probably am but I want to believe books can convey a degree of actual experience. This got me thinking. My conclusion is experiencing comes in two kinds – what we feel and what we think about those feelings. I concur with Connell that books can’t recreate the feeling of an experience. On the other hand, I think it’s obvious that books can convey information we learn from our experiences. And, here’s my hypothesis: novels should be able to describe feelings in such a way that we can relate them to our own experiences and feelings.

Understanding this issue will teach us about the limitations of fiction and nonfiction. Fiction has always given us the illusion that we travel in space and time. Is knowledge gained from reading totally fiction, or can fiction convey truths about an experience?

Janis has been to Mexico many times and has even lived there for six months. She knows what it feels like. I bought her a book, A Better Life for Half the Price by Tim Leffel, a guy who writes about how to live abroad, and who lives in Mexico. His book, in 316 pages, distills Leffel’s experiences into useful knowledge that can be passed on in words. He also relates the experiences of many American expats living abroad.

Janis found his very useful. This kind of practical information based on experience is something nonfiction books do very well, but what about the feelings Connell was talking about? Can we read memoirs and novels that will prepare us for what emotions we might actually experience?

For example, can a book describe the frustration at failing to do normal social tasks because we don’t know the language? Or convey the loneliness that comes from being surrounded by people you can’t talk to? Or the cultural shock of being with people whose politics, pop culture, religion, sports, music, etc. have absolutely no overlap with your own?

How often have you felt that a novel transmitted a deep emotional insight about life? We often talk about books and movies in terms of emotional responses. Is this an illusion? Can fiction be a Rosetta stone for feelings? 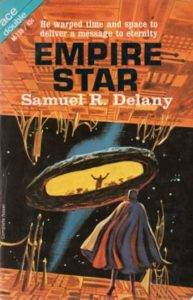 Connell and I continually refer to one book we both read fifty years ago, Empire Star by Samuel R. Delany. Delany was a child prodigy, and his early books reflect his experiences of exploring a larger, more exciting adult world filled with other prodigies, some more dazzling than he. Delany was hanging around Greenwich Village when Bob Dylan showed up. Delany was probably in the most exciting place on Earth (NYC) in his early twenties, and that was reflected in his 1960s science fiction. It’s why I considered Delany the most creative science fiction writer at the time.

Delany was a decade older than Connell and me, so we used his books as guides to experiences that were out of our league. This was especially true for Empire Star/Babel-17, and “The Star Pit” (found in the collection Aye, and Gomorrah).

We feel Chip Delany wrote about important life-altering events in the 1960s he experienced in his mid-twenties that we translated and understood in our mid-teens. Is that possible? We didn’t even know at the time that Delany was African-American and gay. However, we felt his stories conveyed genuine emotional experiences that we could learn from.

In 1988 Delany published The Motion of Light in Water: Sex and Science Fiction Writing in the East Village a memoir about his life during the years he wrote his early science fiction. Delany just published In Search of Silence: The Journals of Samuel R. Delany, Volume 1, 1957-1969. So we have both the fictionalized and nonfiction account of Delaney’s experiences. Connell and I have always believed Delany was giving us insight into his real-life experiences coded into fiction. Here’s what he says in Motion:

But no simple, sensory narrative can master what it purports—whether it be a hitchhiking trip to Texas or the memories that remain from such a trip twenty-five years later. That age-old philosophical chestnut, the Problem of Representation (in its twin forms, the Problem of Verification and the Problem of Exhaustiveness) makes mastery as such a non-problem, with no need of haute théorie. Theodore Sturgeon’s fine insight is perhaps germane here: the best writing does not reproduce—or represent—the writer’s experience at all. Rather it creates an experience that is entirely the reader’s, forged and fashioned wholly from her or his knowledge, of her or his memories, by her or his ideology and sensibility, and demonstrably different for each—but which (according to the writer’s skill) is merely as meaningful (though not necessarily meaningful in the same way) as the writer’s, merely as vivid. 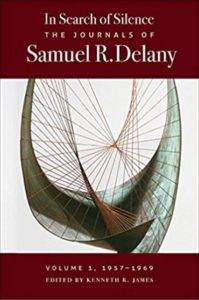 This belief is reinforced because Delany had characters in different books have similar insights. I know I will never know what it’s like to be Samuel R. Delany. But can Delany transmit an emotional insight that I can recognize when I experience a similar situation in my life? Or can he describe a personal experience that I empathize enough to feel I’ve learned something?

I admit Connell is right. To know what living in another country is like requires going there. But I want to believe books can give us something! I’m a lifelong bookworm. I have to believe books convey more than facts and figures, that they can create pseudo-emotions that trigger artificial experiences that can change us.

The next part of this essay is where it gets hard. I want to use one concept that Delaney used in Empire Star about simplex, complex, and multiplex, and try to prove my point. I believe Delany encoded a great deal of emotional experience into a cheap 1966 paperback science fiction book. Empire Star was a 102-page novella, one-half of an Ace Double. It wasn’t a prestigious literary novel from Charles Scribner’s Sons or an avant-garde work of art from Grove Press. It was a 45-cent paperback masterpiece.

Delany dealt with three reoccurring themes: naïve characters thrown into a complex world, characters being complexly confused by matching their experiences with others, and characters who are amazed by meeting wiser characters who apparently know the impossible. Delany called these mindsets simplex, complex, and multiplex (think multidimensionally complex). Connell and I have applied Delany’s insight from Empire Star in countless ways over the last half-century.

I can’t even explain this deep insight with so few words. You will need to read Empire Star. However, I do believe Delany’s observation of three mindsets and how they work can be applied anywhere without knowing how he specifically learned them. For example, once you get the hang of what he’s talking about, it makes understanding our bizarre politically polarized world easier.

In our argument, Connell asserts that travel is one of the primo methods for promoting multiplex thinking. This is exactly what Delany did in his stories. It’s also what Joseph Campbell describes The Hero With a Thousand Faces. What I tried to argue back that Connell didn’t believe, is reading can do this too. Connell said this was me rationalizing my self-consciousness over the lack of foreign travel. And that’s true, but it’s also true most of what we know about reality comes from reading.

No one today can travel to first century Rome. We will never know what it feels like to live in a city in the past. Yet, it’s my claim that reading a few books can tell us more about life then than most of its inhabitants ever knew while living.

Again, it’s abstractions versus feelings. But here’s the thing about being human, we only feel in the moment, in the eternal now, everything we remember feeling is an abstraction. And books can code that. But Connell’s argument included the fact that travel changes us. To make my rebuttal requires books being able to change us. Do they? How often have you said, or heard someone say, a book changed their life? I think they do. I won’t know what Connell thinks until he reads this essay.

Have you read books about life in other countries or visitors to them that you later verified by traveling yourself? Post a comment.