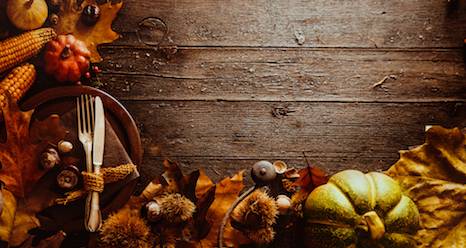 There may be no more family-oriented holiday in the United States than Thanksgiving. For the smiling people in advertisements for grocery stores, that’s great news. But in reality, some people can’t make it to family Thanksgiving. Others wish they had an excuse to skip it, and not even the promise of stuffing can quell their anxiety.

Luckily there are hundreds of families in the romance world to whom you can turn in your time of Thanksgiving need. Here are six families who will be reliably great company if, for whatever reason, you need a substitute for your own.

The Seongs from Alyssa Cole’s Off The Grid series 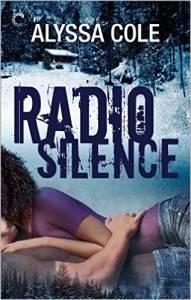 Listen, there have been a lot of things about 2016 that have made it seem like we’re speeding toward the apocalypse. And if that’s the case, no matter how much you love your real-life family, you’re going to want to bail on them and spend Thanksgiving with the Seongs. The Seongs have the savvy, skills, and well-stocked cabin to navigate a world newly characterized by extreme violence, desperation, and isolation. It doesn’t hurt that they’re all also attractive and relatable.

Read if: Your Thanksgiving experience has shown you that your family is not appropriately equipped to deal with the end times and you’d like to do a bit more research just in case.

Category ID: 4284
Category ID: 475
Kissing Books Newsletter
Sign up for Kissing Books to receive news, book recommendations, and more for residents of Romancelandia.
Thank you for signing up! Keep an eye on your inbox.
By signing up you agree to our terms of use 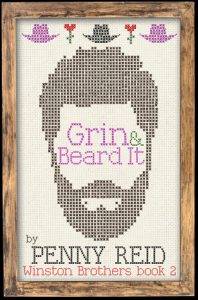 Romance spends a lot of time trafficking in guys with perfect manners, practical knowledge, and a proclivity for facial hair. Penny Reid takes those typical romance guys and has her wacky way with six of them to create half a dozen mischievous mountain-men. Reid is only three books in to the series, but I feel pretty confident saying the Winston brothers are six different versions of everything a romance hero should be.

Read if: Escaping to a romantic comedy set near the Great Smokey Mountains sounds like a good way to avoid discussing politics over pecan pie.

Recommended read: Grin and Beard It 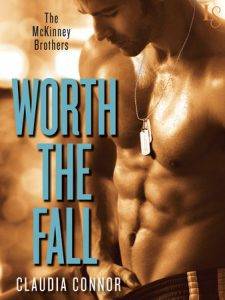 Read if: If either military men or single mothers of surprisingly endearing children are your thing, it’s hard to believe you haven’t read Worth the Fall. But if you haven’t, may I offer you an alternative to Black Friday chaos?

Recommended read: Worth the Fall 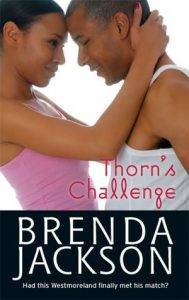 Honestly, this list could begin and end with the Westmorelands. More than 30 books in, Brenda Jackson has crossed generations and found secret groups of cousins all over the country to create a family of Navy SEALs, ranchers, sheriffs and many (many) others. Whatever you’re looking for, you’ll almost definitely find it somewhere in the Westmoreland family.

Read if: Anyone at Thanksgiving dinner is expecting a baby. With dozens of characters in this series, you’re bound to stumble on a baby name you like, so you’ll be well-prepared with plenty of helpful suggestions.

The Bradfords from J.R. Ward’s The Bourbon Kings series 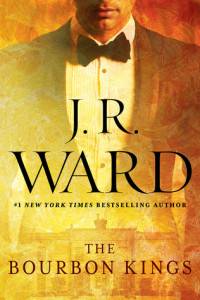 The Bradfords are rich, southern, and so, so messed up. This is the family you want to hang with if you’d like to feel better about how ridiculous your own family is. Darker than a lot of contemporary romance, this series has anti-heroes, murder, affairs, estrangement, and Kentucky Derby parties. (Did I mention they’re southern?) And yet, through all of the soapy intrigue, you still kinda want things to work out for them. Well, for most of them, anyway.

Read if: You’re looking for something to counterbalance the glittering schmaltziness of the Christmas season, which is about to hit in full force. 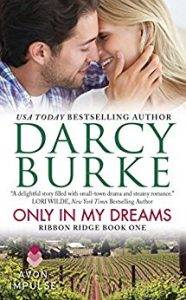 The premise behind the Ribbon Ridge series is so fantastically of the romance genre that it’s kind of amazing that it doesn’t come up more often: 20-something years ago, the Archer siblings were the first set of sextuplets born as a result of IVF, and the shocking death of one of the six has serious consequences for the rest of the family. Despite having seemingly perfect lives as a group of gorgeous, talented, affluent Oregonians – with beer from the family microbrewery always on tap – secrets and troubles abound. But in a much less stressful way than the Bradfords. Because Oregon.

Read if: Thanksgiving is especially tense this year and you’d like to be reminded that even laid-back, wealthy families in states where pot is legal have problems.

Recommended read: Only In My Dreams