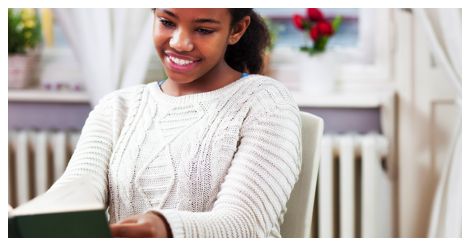 Given recent events, I have been thinking a lot lately about why so many people do not see protest as a form of conversation, why “activism” and “social justice” have become pejorative terms, and why empathy is a scary, uncomfortable thing. There are conversations that seem to have been put off for so long that we don’t know how to have these conversations anymore. My hope is that YA Lit may, at least, help bring these missing narrative back into the spotlight. 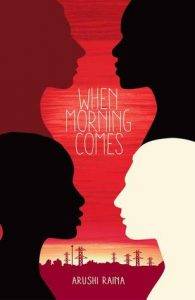 Teenagers Participating/Organizing Protests: People tend to make fun of dystopian novels that wait on a teenager to save them all, but the fact remains that there are real, historical examples of protests and revolutions that were/are led and/or organized by students and young adults. I would love for these kinds of narratives, ones that acknowledge the power that young people carry within themselves, to be more prevalent in non-SF/F fiction too. A good example of this narrative being explored is in Arushi Raina’s When Morning Comes, but generally speaking, there need to be more books like this one.

Acknowledging That Something Is Broken: Also, when I say we need “more books” like X or Y, I would love for the acknowledgement that something is broken to happen across demographics. The onus for furthering conversations on social change should not rest on just one section of society. And partnerships, like the one between Jason Reynolds and Brendan Kiely which resulted in the touching and important All American Boys, need to happen more.

The Good, The Bad, The Awkward: One of the things that are often skated over where friendships and relationships are concerned are the awkward conversations. We tend to get the Good Times and the Bad Times that test relationships. The Awkward and the Mildly Uncomfortable conversations, however, are mostly ignored. Surely, relationships that survived the Bad Times can also survive discussing topics like, “Why is it funny to you when I insist that [PICK A SLUR, ANY SLUR] is offensive to me? Why is my mental and physical health a joke?” or “Why do you keep touching my hair when I have explicitly asked you not to?” or “Why is my anger seen as trivial, while your apathetic behaviour in the face of injustice is seen as a mature option?”—basically, the awkward must be acknowledged.

Evil With A Face: I think this is mainly an issue with SF/F and historical fiction. Lately, fascism does not seem to have a face. Instead, it has—as this very clever Tumblr user has stated—“become an aesthetic”. I think it’s time to start attaching names, faces, and ideologies to the bad guys. I think it’s time to complicate villains too, show readers they can have interesting/funny/nice things about them and still be evil; see, readers should learn to recognize evil IRL when they see one, even if it’s well-dressed and polite. 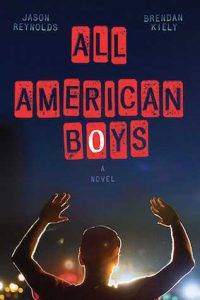 On Being An Ally: This is tricky for me to articulate, mainly because I am not sure how an author would go about writing an ally without taking focus away from the people the ally is supporting. That said, there is definitely a need in YA Lit, be it SF/F or not, for allies who do not see their roles as temporary ones. Just as being a person of color or being trans or being disabled is full-time, so should being an ally. I would like to see an ally that actually has the Mildly Uncomfortable conversations, so that the people they are supporting do not have to. Again, I believe All American Boys addresses this pretty well. I’d just like more books to do the same.