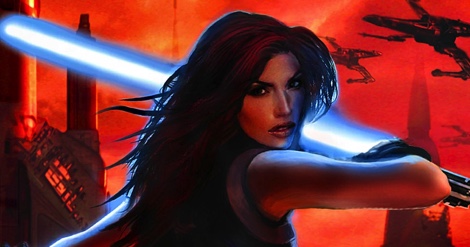 It’s no secret that I love Star Wars. Despite growing up in the ’80s and having a white Princess Leia toothbrush, I don’t remember ever being a fan of that galaxy far, far away as a child. I remember liking the Ewoks, but I’m pretty sure I only had that toothbrush because my grandfather’s pharmacy sold them. I think my brother had an Ewok one, if I remember correctly. Anyway, toothbrush aside, Star Wars held no interest for me until late 2016, when my boss told me I should really see the movies, starting with Episode IV (which made NO sense to me at the time).

So after my then-5-month-old went to bed, I watched A New Hope, and the rest, as they say, is history. For those few hours, I got to be part of a different world. My exhaustion and weariness fell away, and I felt…hopeful, for the first time in a long time. At a time when I was struggling as a new parent, deeply exhausted, nervous about the upcoming election, and feeling very alone, Luke, Leia, and Han brought me into the fold. I could see why Leia was such a different female protagonist at that time, and how important that must have been. Only a few months later, her image would be everywhere during the Women’s March, and it struck me that I wasn’t the only one who looked to Leia for hope and inspiration.

Shortly after that, I watched the rest of the original trilogy, tried (and failed) to watch the prequels, and then a few months later, watched Rogue One. I would rewatch Episodes IV and V whenever I needed to feel better (which was a lot). About 6–8 months later, I started dipping my toe into the Star Wars comics, and shortly after that, tried some books, the first one being Bloodline by Claudia Grey. Yes, Leia remained—and remains—a favorite. I’ve since surrendered to the Star Wars love, and read many of the comics. Book-wise, I am working my way through both Canon and Legends. One of the things I love about Star Wars is how vast the world is. So many planets and worlds and backstories and characters: there is always more to learn and more to read about.

The teaser for Episode IX dropped recently, and I admit, I am still bitter that it’s not going to be Leia’s movie, as originally envisioned. How I would have LOVED a Leia movie. I’m holding out hope that one will be made in the future (hint, hint, LucasFilm/Disney…I mean, if you need some ideas, I’ve got plenty). But although I adore Leia, there are so many great characters whom I’d love to read more about in their own books or see in their own movies. Here are just a few. 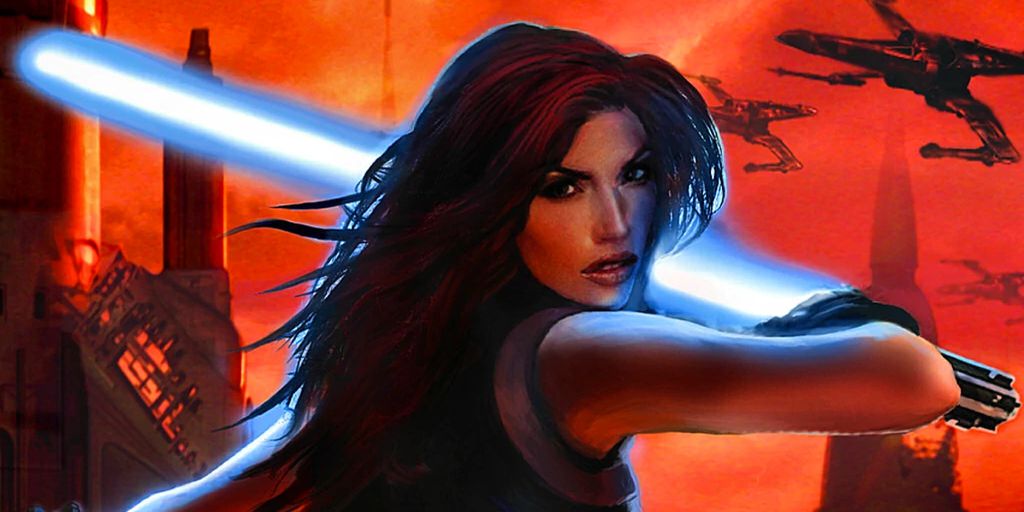 I recently read the original Thrawn trilogy, since everyone told me that was the place to start with Legends (and they’re not wrong). Filled with wonderful characters, I was especially intrigued by Mara Jade. Since finishing the trilogy, I’ve read more about her and there is just so much to learn and so many stories and potential books that could be written from her life. Such a complex, fiery character and I really hope she somehow makes it into the new canon somewhere. There have been rumors about her possible appearance in Episode IX, and I’m keeping my fingers crossed.

I first read about Winter in the Thrawn trilogy. Raised as a sister to Leia after her parents died, Winter later became Leia’s aide, and helped raise Jaina, Jacen, and Anakin Solo. She’s in a lot of the Legends books, but oh, how I would love a Winter-centric book (it would also provide backstory to Leia, which I’m always here for). 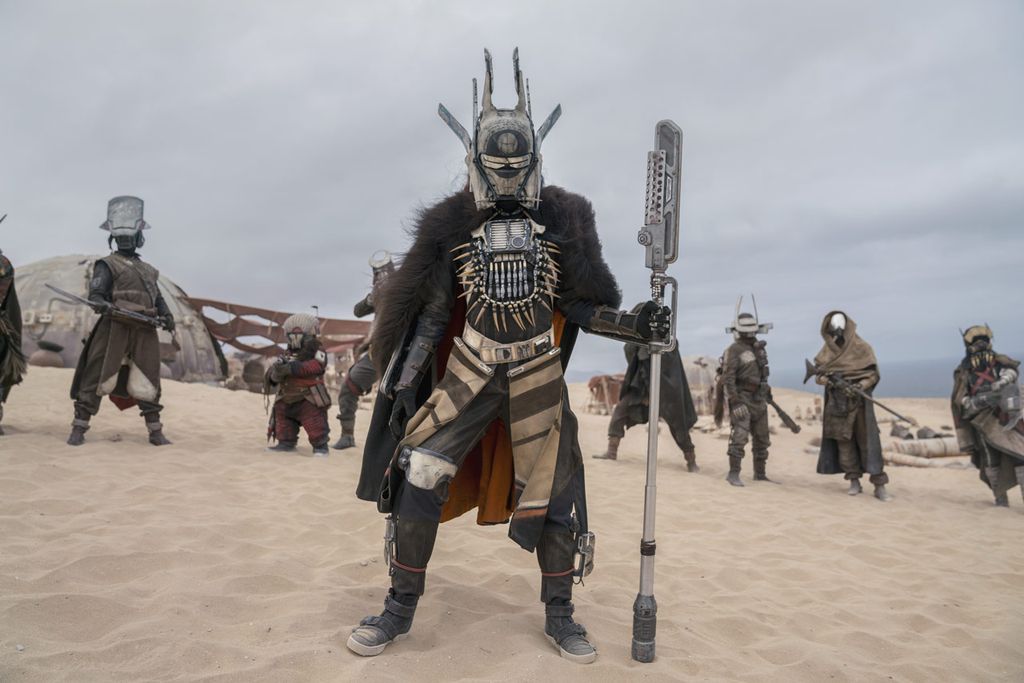 Who could forget that reveal in Solo? (And I didn’t even love that movie.) I mean, COME ON. A wise-beyond-her-years teenager leading the Cloud-Riders and born into a family where the women helped to protect the galaxy—there is so much story here, waiting to be told and developed and expanded upon. I know her character is fairly new, but I hope it’s developed somewhere. 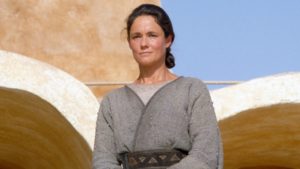 I feel like Shmi gets short shrift. I recently read the novelization of The Phantom Menace and as a mother, it ripped my heart out to read her separation from Anakin. I’d love more of Shmi, more backstory, and her take on the galaxy and raising a young Anakin. We often think of her as a means to the bigger story, but without her, there’d be no bigger story. 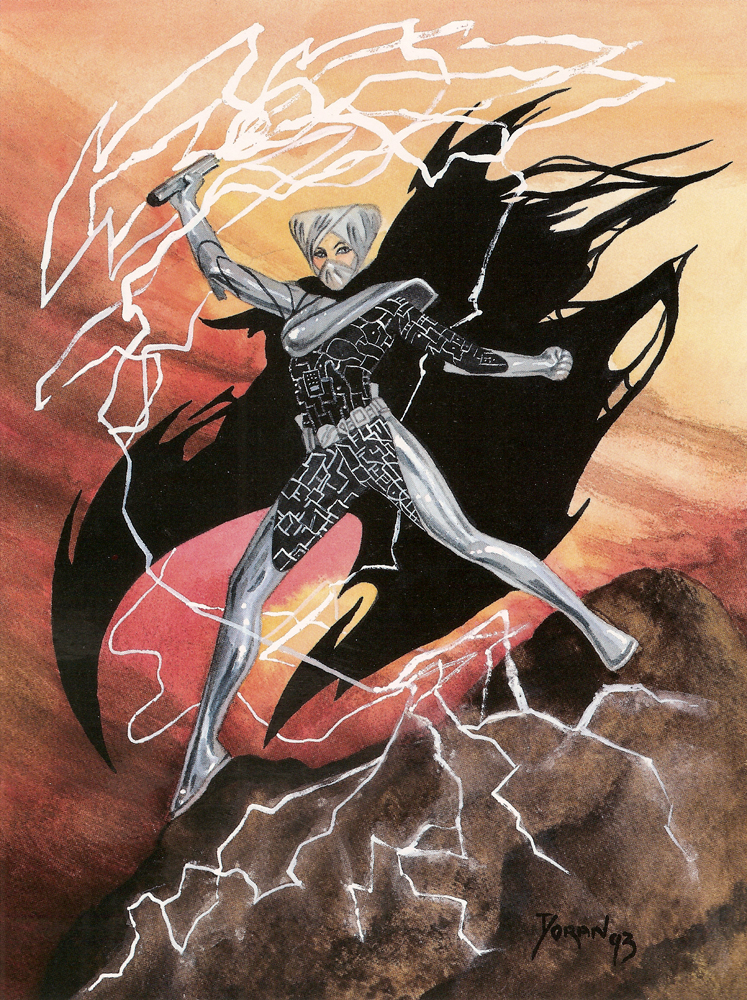 Yes, I am Rebel Alliance through and through, but sometimes the Dark side has some pretty interesting characters—hello Asajj Ventress, Boba Fett, and Thrawn. And the more I learn about Lumiya, the more I want to read about her life. She grew up in the heart of the Empire and was groomed by its leaders, had impeccable Empire training, infiltrated the Rebel Alliance and received several commendations from them, and was eventually killed by Luke Skywalker. Her story is complex, her creation is layered, and damn if I don’t want a book about this person.

Seriously, though, there are a ton of characters whose stories would make for awesome books, movies, or comics. Fellow Rioter S.W. Sondheimer wrote an article about this a few years ago, which you can read here. She brings up Breha, Hera, Sinjir, and Mon Mothma, among others. There’s also Tenel Ka, the Nightsisters, Quinlan Vos (yes, he has Dark Disciple but that’s only a small part of his life), Shaak Ti, and so many more.

Which Star Wars character do you want more of in a comic, book, or movie?