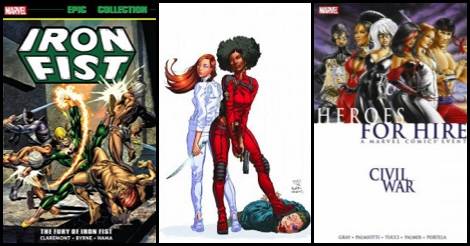 On September 30th, we’ll finally get the next installment of Netflix’s side of the Marvel Cinematic Universe: Luke Cage. I’m a big fan of Luke from both the comics and his appearance in last year’s Jessica Jones, so I’m pretty stoked – but I’m even more excited because his supporting cast includes the first live action appearance of Misty Knight, who is just the best.

Misty first appeared in a 1975 Iron Fist story as a former cop who lost her right arm in an on-the-job explosion. She replaces it with a Tony Stark-designed bionic arm and teams up with her best friend, Colleen Wing – played by Jessica Henwick in next year’s Iron Fist – to form the private detective agency Nightwing Restorations. Over the decades, she’s formed various businesses with Colleen, joined assorted superhero teams, and had an on-again/off-again romance with Iron Fist (which, given Iron Fist’s partnership with Luke Cage and Luke and Misty’s shared blaxploitation roots, makes her an obvious choice for the supporting cast of Luke’s show).

In other words, she’s a black, disabled businesswoman-slash-superhero whose longest and best known relationship is with her equally kickass female best friend. She’s amazing.

We don’t know much about the MCU’s Misty – who is played by Simone Missick – yet, but it appears from trailers that she’s still an active duty cop. It’s unclear if she’s going to lose her arm at some point, if she knows Colleen yet, or if she’ll be romantically linked to Luke, but I’m pretty confident in assuming that she’ll be cool as hell no matter what else happens.

Interested in checking out her comics adventures? Here’s a few suggestions to get you started: 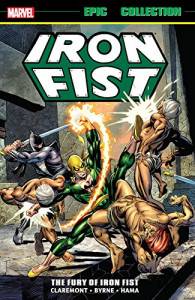 This doorstopper volume collects about 30 comics – all of Iron Fist’s early appearances – at a steal of a price. Misty’s first few appearances are in here as well. Unfortunately, 70s comics had a tendency to feature heroines who talked a big game but constantly ended up as damsels in distress anyway, and neither Misty nor Colleen escapes that portrayal in these early days. Still, if you’re interested in Misty’s evolution as a character, comics history, or hilarious 70s fashion, you can’t beat the price on this. Same goes for the Power Man & Iron Fist Epic Collection: Heroes for Hire, which picks up where the Iron Fist one left off. 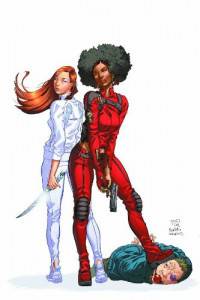 Daughters of the Dragon by Justin Gray, Jimmy Palmiotti, and Khari Evans

“Daughters of the Dragon” is the title most frequently associated with the specific Misty/Colleen team. In this 2006 series, they’re working as bounty hunters, chasing down Z-list villains when they get caught up in a much more complicated case than they expected. Gray and Palmiotti are best known for their work at DC with Power Girl and Harley Quinn, and this story has the same irreverent and often lewd humor as those books – it can be hit or miss, but is a great introduction to just how fun Misty and Colleen can be. Unfortunately this book, like many of their appearances, is played by completely ludicrous cheesecake art featuring the least supported breasts in the world. Sigh. 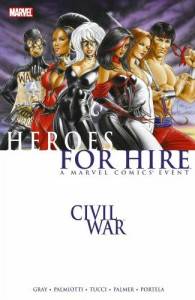 With Marvel’s first Civil War pitting heroes against heroes, Misty and Colleen are just looking to get paid. They assemble an unlikely team of antiheroes and third-string villains to track down heroes who have refused to sign the Registration Act. The ethical questions around what they’re doing make this a more serious story than Gray and Palmiotti’s previous one, but a more emotionally gripping one as well. 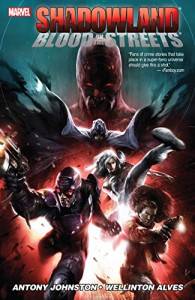 Shadowland: Blood on the Streets by Antony Johnston, Wellinton Alves, and Francesco Mattina

Shadowland was a Daredevil-centric event in 2010 that is…not well loved, shall we say? (Matt got possessed by a demon and built a castle in the middle of Hell’s Kitchen. It was pretty ridiculous.) Misty’s four-issue spinoff is, like all the other tie-in titles, bogged down with event shenanigans, but it does tap into a gritty noir vibe that’s probably the closest of any of her comics to what we’ll see in Luke Cage, and it digs into her particular past and supporting cast more than almost any other Misty comic out there. 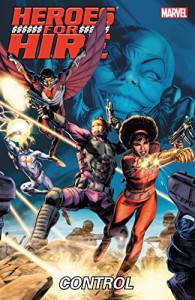 In the aftermath of Shadowland, Misty assembles a new service, dialing up heroes and antiheroes and paying them to take on altruistic missions. But is someone pulling her strings even as she’s pulling theirs? This book, again, gets deep into Misty’s mind in a way that’s rare during her romps with Colleen, and also makes a compelling case that it’s impossible not to fall for her. 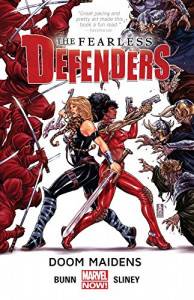 Fearless Defenders by Cullen Bunn and Will Sliney

Misty teams up with Asgardian heroine Valkryie to form a new all-lady superhero team (nothing to do with the Netflix Defenders, though, sorry). Though Valkryie’s romance with archaeologist Annabelle Riggs stole most of the blogosphere’s attention where this series was concerned, it’s fun to see Misty back to some less emotionally fraught adventures, and her reactions to Valkryie’s cosmic and mythological hijinks are priceless. 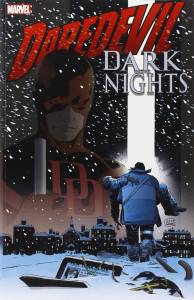 Misty only appears in a three-issue arc of this eight-issue run, but it’s an utter joy – literally just her and Matt exchanging breezy double entendres while on a bouncy tropical adventure in search of a crime boss. Can we get a Netflix adaptation of this storyline, please? These crazy kids have earned some fun!

Are you stoked to see Misty and Luke on the small screen? Let us know!