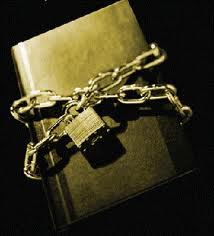 There has been increasing media attention given to Arizona’s decision to remove Mexican American Studies from the public school curriculum. Media are paying special attention to the Tucson Unified School District which, last month, put the state-sponsored ban into full effect. The law, HB 2281, calls for all state-run schools to remove any courses from their curriculum that “are designed primarily for pupils of a particular ethnic group” or “advocate ethnic solidarity instead of the treatment of pupils as individuals.” The result is not only that these classes are no longer being offered. Books are also being pulled from the shelves and removed from schools.

The banning of books is never a good thing. For people who love books as much as we all do, the mere thought can be enough to cause physical pain. It makes us angry. And anger can be a powerful motivator. It is what has prompted one group to organize a caravan to smuggle “wet books” back into the Tucson and put them in the hands of students who want to learn. I first saw mention of the librotraficantes (book traffickers) on Twitter, when author Luis Urrea retweeted a link to the Librotraficante website.

The smuggler featured prominently in the video on the home page is Tony Diaz, a Houston-area author, educator, and activist. In 1998 he helped found the organization Nuestra Palabra, dedicated to bringing Latino authors and their works to a broader audience. This time, their intention is to actually put books into the hands of the students who have had them taken away.

On March 12, the caravan will leave from Houston and work its way west to Tucson. Several events, such as a press conference in front of the Alamo, are planned along the way, featuring authors who are lending their support, including Sandra Cisneros and Dagoberto Gilb. Urrea is lending his support in any way he can: “I felt my original duty was to spread the word and ignite Chicanos and Latinos through social media. But I am certainly there for moral, tactical, literary and financial support. We are trying to figure out a way to make my upcoming Tucson appearances dovetail more closely with his plans.”

Librotraficante has started a Kickstarter campaign to fund these efforts. Funds will also be used in the creation of an anthology of works by banned authors.  Diaz has big plans, and there is little doubt in Urrea’s mind that he will make them happen: “It is clear that what terrifies the Arizona politicians is a talented, witty, committed, visionary like Tony. This is why Librotraficante is so brilliant. He attacks them with the unstoppable weaponry of wit, fueled by righteous anger.” Watch the video below to see what caught Urrea’s attention.

A list of the  banned books can be found here.