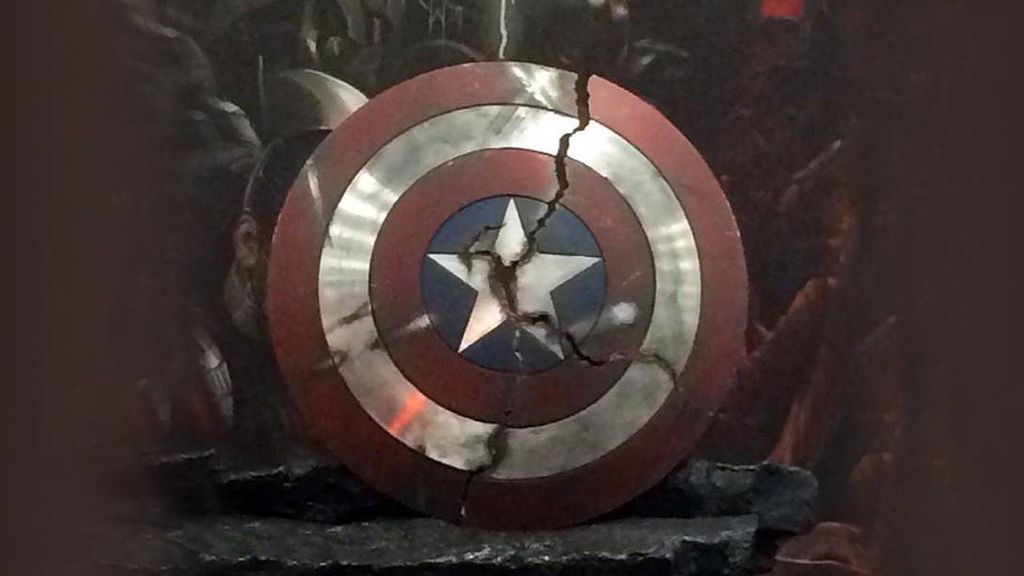 This is a guest post from Charley Macorn. Charley is a writer and comedian from Missoula, Mt. When not gazing into the void, Charley is hard at work on the next issues of the rebooted Jill Trent, Science Sleuth published by Superdames Comics. Follow Charley on Twitter @CharleyMacorn.

Don’t worry everyone, Captain America is going to be just fine. Well, at least one of them is going to be.  Here’s a hint: it’s the white guy. More on that in a little.

Marvel’s Star-Spangled Avenger is currently generating controversy and headlines across the world due to an incredibly silly story where it turns out Steve Rogers is now, and always has been, a secret member of the evil organization Hydra due to some time-travelling shenanigans by a member of his rogues’ gallery. The controversy stems from the fact that despite all the bending over backwards Marvel’s been doing to separate them, a character created specifically to punch Hitler in the face by Joe Simon and Jack Kirby, both children of Jewish immigrants, is part of an organization closely linked to the Third Reich.

Marvel, as mentioned earlier, has been trying to distance its fictional evil organization from the real world one, at least in the comics.  According to recent continuity, Hydra existed for thousands of years before Corporal Hitler exploited the hate and economic fears of his fellow citizens to commit some of the worst atrocities in living memory. But thanks to the film Captain America: The First Avenger and the fallout in the television series Agents of SHIELD, most people who have never read a comic book are equating the two. Despite what happens with Rogers and Schrödinger’s Nazis, I have no doubt in my mind that everything is going to work out just fine for him. This isn’t even the worst (or even most problematic) thing that’s ever happened to Steve Rogers. He’s been frozen, killed, displaced from time, and turned into a werewolf. He’s fought Richard Nixon to the death and wrestled a snake-mutant Ronald Reagan. He’s given up the mantle of Captain America countless times. Once a group of super villains even kidnapped him and tried to change his sex (Really). But every time he’s bounced back better than ever. That’s because Cap has the best, and unfortunately most common, super power of them all; he’s a straight white male. But the other Captain America, Sam Wilson, formerly the Falcon, doesn’t have this same power.

Wilson isn’t the first person of color to take on the legacy of white male hero. Superman, Iron Man, Green Lantern, Green Arrow, The Atom and countless countless others have at one point or another handed over the mantle of their super identity to a new hero (mostly straight men of color) only to end up taking it back eventually. The most egregious example is Renee Montoya, a Latinx lesbian who took over as the faceless superhero The Question in DC. But after being missing in action for years after one of DC’s awful reboots, she’s finally back. She just doesn’t get to be a superhero anymore. In fact, her time as the Question has been apparently retconned to make way for two different The Questions running around the DCU right now. Both appear to be straight white men. Thankfully, at least Montoya didn’t have to face the same fate that most of these legacy heroes met when editorial decided it was time to bring back the straight white guy. At least she’s still alive.

And therein lies the problem. So many of these legacy heroes end up getting killed, maimed, or depowered so the straight white guy can come back and take over. There’s been a long history of this dating back to at least the ‘60s. So, the problem isn’t with the diversity which Marvel tried to blame its sagging sales on. The problem is with continuity.

How can we connect with these new legacy characters, regardless of what universe, publisher, or artists create them when we know in the back of minds, that it’s not going to matter? The straight white guy always comes back.

So, no, Cap isn’t going to be a Nazi forever, the same way he wasn’t a werewolf forever. With Chris Evans raking in billions of dollars by hunking it up on the Silver Screen as Steve Rogers, we know the character is going to be fine. It’ll probably all clear itself up by the time the next Avengers movie comes out. The red-blooded American hero is going to come back, have minimal character growth as he deals with what’s happened, and we all move on because that’s what happens. But Sam Wilson though, I’m not too sure about.