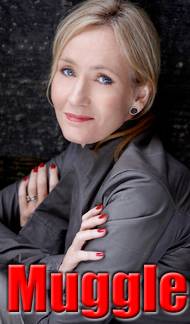 I learned a lot from an interview with Reza Aslan the other day. Muslims writing about Christianity? That is ridiculous.

Ugh, authors. Pretending to be all knowledgeable and shit. I’ve been thinking lately of how we could have let such a travesty go on for so long. I mean, these people obviously aren’t experts. How dare they write on a subject they obviously aren’t qualified to write about? And how dare we let them? I say enough is enough! I’m calling them out! 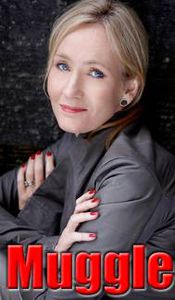 Miss Rowling, you are not now, nor have you ever been, a witch. You are a muggle. What even made you want to write about magic?

And George Orwell? You can’t fool me, flesh bag. You’re no animal.

Neil? Neil Gaiman? I know you like to rock that Morpheus look, but sir, you are not the Lord of Dreams. So, I’m not sure where you get off thinking you can write about him and his.

Stephen King, I highly doubt that you’ve been time traveling to 1963. Let’s agree that you can’t possibly know what you’re talking about.

I am like ninety-five percent sure that Dr. Seuss was never a cat in a hat.

George R.R. Martin, I guess you’re another one that looks the part, but if you’ve ever swung a sword in battle, I will eat my hat.

And while we’re in epic fantasy mode, J.R.R. Tolkien was 5’5″! That’s a fair bit taller than Frodo Baggins, I’d say.

John Green, I know for a FACT that you have never been a teenage girl.

I do hope that somewhere in Italy, Dan Brown is solving a mystery hundreds of years old, RIGHT NOW.

And don’t even front, Emily Bronte. You never even got married.

I knew that I wasn’t the only one feeling this way, so I asked my fellow Book Rioters for other authors who should be named:

Jeanette was spot on with her observation that Anne Rice is not a vampire. And you know what, neither is Stephenie Meyer (not that that’s a huge surprise).

Rachel reminded me that like John Green, Leo Tolstoy was probably not a Russian Countess. And E.B. White? Only two legs. Not eight.

Jeff figured out two people who are curiously lacking rabbit qualities, despite having written two of the most famous rabbit oriented stories of all time: Beatrix Potter and Richard Adams. He also figured out that Philip K. Dick is not an android.

While I like to think that he was, Rebecca is right in saying that Douglas Adams, while hilarious, was not an intergalactic space traveler.

Tasha highlighted ANOTHER way Stephen King should be on this list. That guy’s never been trapped under a dome! And while Bret Easton Ellis definitely can’t remember 100% of his past, he’s probably not a serial killer. Probably.

Maybe stick to what you know, guys. I don’t need things like Harry Potter or Animal Farm in my life, thanks.