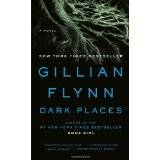 Cover to The Incredible Hulk #82 by Jae Lee & June Chung

There aren’t many comics that I return to read year after year. Sure, there are a couple stories like V for Vendetta, All-Star Superman, or Asterios Polyp that I will make the time for, but random individual issues normally don’t make the cut. The major exception to that informal rule is The Incredible Hulk #82. An issue that sits apart from the rest of my collection, tucked into a nightstand drawer, waiting to be read at any time. One that I feel compelled to reread at irregular intervals.

“Dear Tricia…” is a story about death, love, and revenge through the eyes of the Hulk. Bruce Banner is walking through London, unaware of his surroundings, and nearly steps in front of a double decker bus. He is saved by a tug on his collar from a beautiful stranger, Tricia. Tricia takes charge of Bruce as they cross the street and engage in some playful flirting. There’s an easy familiarity to their brief talk, the hint of something more, but Tricia ultimately leaves because she senses something dangerous about Bruce. “You’re not wrong,” Bruce replies. Tricia gets into a cab and Bruce begins to move on with his day. But then he notices a man running away from the cab, and he turns to look for Tricia. The cab explodes. Bruce transforms into the Hulk and tracks down the killer. Only, he’s a stooge; someone else has planned this hit. How does Bruce know this? The spirit of Tricia – her astral projection, which the Hulk is able to see – appears before the brute, informing him that the killer is still at large. The Hulk – and the mind of Bruce – hunt through London to find the real culprit, while learning of a deeper connection between himself and the secret sorceress Tricia, who only has a single day to identify her killer before her spirit is gone forever.

The Hulk of this tale is slightly more intelligent than the usual depiction, restrained in his raw power, and yet equally as likely to exit a room through the wall or smash a street full of cars. Peter David crafts a nuanced Hulk, a force of nature with character, almost gentle in his aggression. Indeed, the only person the Hulk harms in this issue is a crook who dies of a heart attack upon seeing the Hulk. Bruce Banner is presented as a wistful lost traveller. The scientist is buried for the sake of a more contemplative, grounded Banner. Tricia evokes the classic mystery women of noir but with a warmth that belays her pallid features and black clothing.

What drives this issue for me the most, though, is Jae Lee and June Chung’s art. It’s hard to suss out where Lee’s pencil work ends and Chung’s colors begin. The pair are so well suited to each other and the resultant work is wonderful to behold. There’s an ethereal yet creepy quality to the art. London is shrouded in fog. Figures are partly shadowed instead of fully realized. We are often only given the suggestion of buildings. Strong line work establishes the shape of a building, but the top and bottom of them become lost in the fog. Many panels focus on a single establishing element: a streetlamp, a headstone, a taxicab, with the rest dissolving into the fog. This minimalist style is so effective that it brings about feelings of watching a one act play in a black box theatre, a bare set that hints at more, allowing the reader to focus on the character work.

Lee’s human figures are surprisingly human. They feel alive and Chung’s colors feel realistic, completing the illusion of life. It’s haunting and affective. The implied motion between panels feels real and conveys emotion in a way many comics don’t achieve. A handshake between Tricia and Bruce feels tentative, loose, but like two people clinging onto each other; two people who feel something electric in their touch. It’s a beautifully executed two-panel sequence that says more about the characters and their relationship than any of the words they’ve said.

Lee and Chung’s Hulk is perhaps my favorite depiction of the green goliath. He is terrible to behold, disproportionate, immense but still evoking Bruce Banner’s features. Their version is clearly influenced by Boris Karloff’s Monster, but pushed to the extreme with a distorted protruding brow and receding hair. There are only a handful of panels that depict the full figure of the Hulk. Mostly we see only his head, hand or foot in individual panels, instilling a sense of his size without having to draw the full figure. Lee’s depiction of the transformation from Banner to the Hulk is unique. It looks painful, with Banner hunched over, his skin between peach and green, and his back arching as his size increases. It feels subversive, downplaying the heroic nature of the character by showing how vulnerable and how utterly devastating the process is for Bruce.

The issue is framed by a letter Bruce has written to the deceased Tricia. In it we learn that the tentativeness, the sense of longing between them may be from a past life. While Bruce seems uncertain about that proposition, Tricia seems to know for certain that they have passed each other in many lives, that there is something deeper between them  that they may be doomed to always lose out on.

“Dear Tricia…” is an atypical Hulk story. It’s a story about love; a moody, delicate story featuring a bull in a china shop. And it’s a story that I have read time after time because its dreary, yearning world connects with the reader on a raw, emotional level.