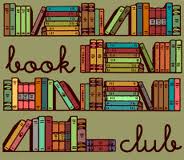 Jennifer Miller is this month’s Rioter in Residence. Her debut novel, The Year of the Gadfly (Houghton Mifflin Harcourt), was chosen as a 2012 Best Book by Kirkus Reviews and Self Magazine. Her journalism has appeared in the New York Times and the Washington Post Magazine among other publications. She is currently attempting to set the world record for the Most Book Clubs Visited By An Author in One Month.

Two weeks ago, I received an email from a man named John Shors. Subject: “Your Book Club Program.” That’s a common subject line these days. I am currently trying to set the official world record for the Most Book Clubs Visited By an Author in A Month, and I assumed that Shors had a book club he wanted to sign up.

Then I opened the email.

Jennifer, I hope this email finds you well. I just wanted you to know that some of the info you have up re your book club promo is incorrect.

I felt a sudden twinge in my stomach. What was this guy talking about?

Shors continued: I launched my book club program in 2004. In 2006, NPR, Newsweek Magazine, and The CBS Evening News all did stories on my book club program. I was then overwhelmed with responses and at one point was talking with eight or nine book clubs a day, so maybe 200+ a month. At this point, I’ve spoken with more than 3,000 book clubs around the world.

I wish you the best of luck with your book.

I’d never heard of Shors, but his email signature, in big orange letters, explained that he’s the “bestselling author of Beneath a Marble Sky” and other historical romance novels. The sinking feeling in my stomach deepened. Nevermind how many clubs he’d visited. Here was a successful, fellow author who had gone out of his way to tell me—a less successful debut novelist—that my hard-fought attempts to reach readers were not all that special, and that I had not achieved even a modicum of the interest and media attention for my project that he had for his.

My husband suggested that I respond with an equally passive aggressive email. Instead, I decided to test Shors’ apparent compulsion to share his success. Perhaps I could learn something from him. I replied:

Thanks for writing. I had no idea! So a few questions for you. What was the program that you set up in 2004 and what happened with the program in 2006 to motivate all that great coverage.

Until you’ve tried marketing your book to book clubs, this all will look a little silly. At your typical book club, friends get together, shmooze, and drink. Sometimes they even discuss the book. But they do buy many copies of a book—and they recommend books to other clubs—and that makes them coveted properties. Publishers are eager to tap into these networks, and will pay hundreds of dollars to have their authors’ books mentioned in book club newsletters. Most authors are eager to visit clubs in person or via Skype, so to convince clubs to invite me, I needed to stand out. That’s why I created the Book Club World Record. Apparently I touched a nerve.

The book world can be harsh and unforgiving, and so I’ve done my best to humanize the process. I’ve sold Gadfly on street corners like lemonade. I’ve written emails to hundreds of people on Goodreads—basically to anyone who liked other prep school-themed novels. I met readers on Twitter, and then self-funded a book tour to go visit them. Some of this has been a waste of time, but overall, it’s been extremely rewarding. I have made friends and sold books, two achievements which are very much intertwined.

As a result, authors have begun asking me for marketing tips. I’m clearly not the expert; if I was, I’d be selling as many copies as John Shors. But I am always happy to help. I know that writing books is hard—and making a living writing books is really hard. The last thing any of us needs is unnecessary competition. I’ve also turned to authors for help, and many of the ones I’ve talked with—among them, Lydia Netzer, Leigh Stein, Gary Shteyngart, and David Abrams—have demonstrated a true generosity of spirit. They encourage me to keep paying their good will forward.

So even if I don’t set the world record and The Year of the Gadfly never becomes a best-seller, I will keep doing that. I will share whatever I learn about connecting with readers. In fact, I’ll do it here, where I’ve been invited to give updates on my record-setting month. So stay tuned. Maybe even John Shors will learn something.