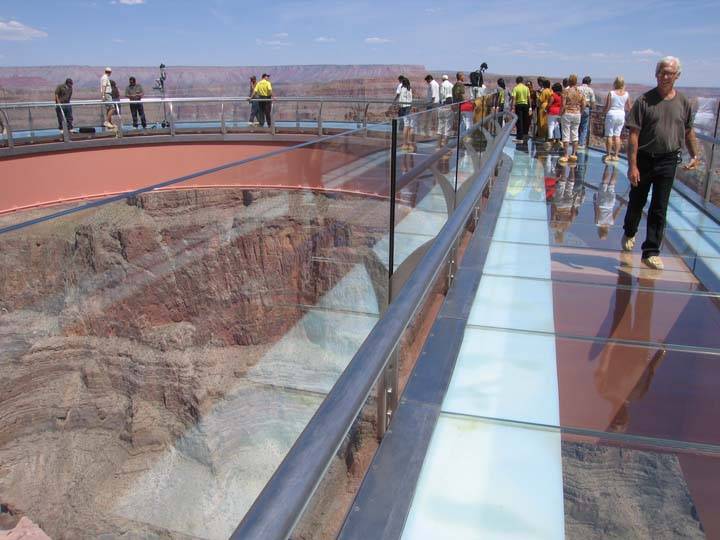 In February 2012, I led a session at Book^2 Camp (www.book2camp.org) called Bookstore^2. In it, a group of about 40 forward-thinkers brainstormed a vision of what a bookstore might be like in the year 2050. While we didn’t agree on much (other than that we all hope bookstores-of-the-future still have cats living in them!), we sketched out a vision for a gathering place where creating, sharing, consuming and recombining mostly virtual, sometimes physical (phys), stories and content is centermost along with an ample helping of socializing, snacks, comfortable seating and alcohol. The following is a slice-of-life imagining of just such a place. I like to call it “The Grand Canyon Phys: A Vision for Creating, Consuming and Sharing Stories.”

Makebots are almost everywhere now, but I don’t have one in my building or in my flat yet and most of my friends don’t either (though one is being installed in my neighborhood’s clubhouse/rec-house this Fall) so four of us hang phys at the local makecafe having makeuccinos and maketinis while sitting around in chaise lounges. My favorite makeuccino is vanilla-grape.

I have offline recharge time at work coming up, so I share, “Hey I’ve never been to the Grand Canyon phys, have you guys?”

I poll it and see right away that Kio and Mark have been to the Grand Canyon phys but Smitty and Koji have not. Smitty votes it down though…I guess he has no interest in going there phys any time soon? I bookmark his vote to ask him about that later.

I start a hangout called Grand Canyon Phys and invite my pals to join and they all pop in. I invite anyone who’s in the GPS area of the Grand Canyon phys to join and a few people I don’t know drop in. There’s some guy heading down a dirt path into the Grand Canyon, realtime phys…it looks like he’s riding a horse and I hear the glunk glunk of water as he gulps from a canteen. The horse-rider’s name is Dwight Cho. I friend him and he friends back.

Koji wolfram’s Grand Canyon and a motherlode of stats start to hit my feed. I now know how old the Grand Canyon is and how deep and how far away from me it is in miles and kilometers. I know its volume and its GPS coordinates and what the weather there is like. I know how to say “Grand Canyon” in over a hundred languages. I get a list of the main points of interest in the canyon and see pindrops moving across a map of all the people who are sharing realtime that are in the Grand Canyon phys right now. I see exclaims and plusses and minuses show up on a map of the area. One plus is from a woman who is making out in a car parked at a scenic overlook near the canyon. I smile and peek at her gGlasses feed for a sec, but then bookmark and private and hide it.

I bring up a 3D sketchup of the Grand Canyon. I model it in my makeapp and send it, along with some credits, to the makebot in the makecafe we’re in. I want a little model of the Grand Canyon that I can take home. The gGlasses are great, but you can’t feel with them, only hear and see. I want to touch the canyon before I visit.

The nearby makebot sucks in coils of white ABS plastic along with red, yellow and orange dyes. The bot buzzes as it works on printing my model.

Kio highlights me a feed of someone who has just joined the hangout who is whitewater-rafting the Colorado River phys right now. There are two feeds, actually, one from a guy with a free feed and another from a tour guide who is also in the raft giving a running commentary and geology lesson for .05 credits/minute. For now, I patch into the free feed but it’s good to know there’s a premium one, too. I bookmark and share the premium one. Kio bookmarks it, too.

“Hey, check these out,” says Smitty, and just as he says this all manner of poetry, travelogues and short fiction about the Grand Canyon pour into my feed from Smitty’s feed. There are even links to other hangouts and books by other groups of friends sitting around in other makecafes discussing other trips to the Grand Canyon phys. I bookmark some of the stories as they scroll past. Many of them are free but most of them, alas, are onestars or twostars. I filter these writers by streetcred and see, to my surprise, that one of my favorite write-sharers, Benjamin Ford, has a premium travelogue that includes experience records from a trip he took to the Grand Canyon phys last year. So awesome. It’s 50 credits, which isn’t cheap, but I buy it anyway. Premiums like these, from people you recognize and who share well, are the best. And experience records are the closest-to-phys-without-actually-being-phys way to visit a place nowadays before you really go there yourself phys.

In less than a second, the Benjamin Ford travelogue story loads and is on the Home screen of my gGlasses. I share it in the hangout. No one else buys it right away since none of my friends are going to the Grand Canyon anytime soon, but Koji bookmarks it.

The makebot beeps my personal alert tone to let me know that my model is done printing. I rise from my chaise and pad over to the machine. Out of its steel-mesh hopper I extract the Grand Canyon model and nod to the attendant who sits on a stool near the makebot making sure it doesn’t break or run out of ABS. I guess, based on the flashes I see on the inside of her gGlasses glass, that she’s playing a wargame (probably moonkill, which is a current top ten friendapp).

The Grand Canyon model is warm to the touch and smells like brown sugar. I sit back down on my chaise and look at the model. I put my hand inside the miniature photorealistic canyon and run fingertips along the ridges of plasticized rock. My gGlasses enhance it immediately, recognizing its shape from the elevation I’d brought up earlier and projects strata names and date ranges onto the various layers of rock that exist in the real canyon. I take a pic of the model with the layers and other metadata superimposed on it. I also mark the entire Grand Canyon Phys hangout as a sell and dump it into my personal makeshop with a 10-credit price in case anyone else wants to buy it when they’re planning their own trip to the Grand Canyon phys. None of my friends buy it, but Kio bookmarks it. I look over at her and she smiles as she strokes the neck of S’Mores, the makecafe cat who has found his way into her lap.

“Do any of you have offline time coming up?” I share.

“I do!” Smitty shares, “I was thinking of going to Paris phys. Have any of you been to Notre Dame de Paris?” and as soon as he shares it, pictures of the cathedral’s Gothic towers materialize in my feed…