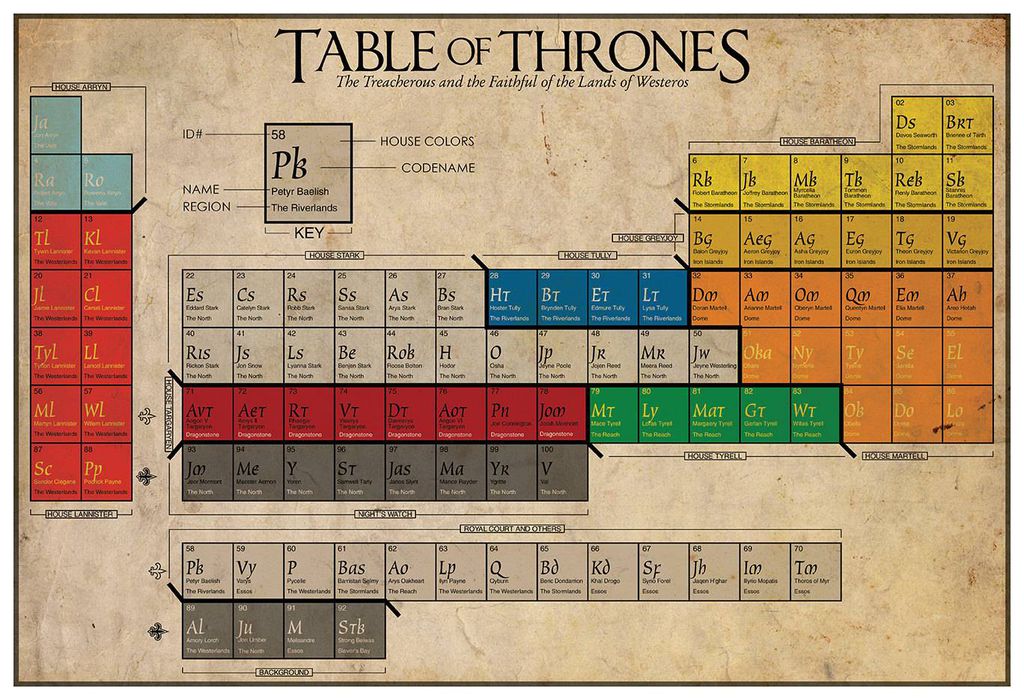 Each week Panelteers Chris and Ali sit down and chat about the CW’s newest superhero series, The Flash! This week was the big The Flash vs. Arrow crossover event, so we invited fellow Panelteer and resident Arrow expert Brian to join our regular table at Jitters. Everybody ready for some Salmon Ladders? Good! Remember, there will be spoilers, sweeties.

Ali: It’s possible I talk about Iris and Barry too much but I think this episode kind of sealed how I feel about them. And it’s NOPE. There was a brief Barry-Iris-Flash love triangle going on. It’s a pretty standard superhero trope but something I really kind of like. But I think Barry took it too far and it’s too creepy. Also, I like Eddie. Despite wanting to take down the Flash, he’s a good guy with a good heart. He loves Iris and just wants to do what’s best for Central City. And I really like that, so far, they’ve kept him a nice guy. They’re not trying to make us not like him or not root for him and Iris, which happens a lot in the love triangle trope.

Chris: Barry’s “that can’t be science” would be really cute or whatever, but I’ve watched the rest of the series and it’s just not enough to make me not feel like he’s being a big ol’ creep. I know we were hopeful that they were kind of moving away from the Barry/Iris stuff until they could find a way to make it less problematic, but dang, they really are doubling down on it.

Brian: Yeah, Barry’s opening monologue about Iris was super creepy. I wasn’t quite sure what to make of it, really. Look at how Felicity and Roy react to Cisco’s interest in Thea! Why isn’t super-sensible Caitlin laying down the law for Barry? I, too, really am starting to like Eddie. He’s kind of a jerk, but in a really endearing way. I was a big fan of the punching bag scene between Barry and Eddie from a couple episodes back and I think since then they’ve been trying to give Eddie a real character and it’s working. I don’t like the Anti-Flash Taskforce, but it’s totally a thing that this character would do.

Ali: Can we talk about Cisco for a bit? I know his “function” is the nerdy comic relief and a bit of meta commentary on comic fans. But seeing him outside of Central City and the Flash world was really enjoyable for me. Because really, he’s a gadget geek. He is so full of passion and ideas when it comes to equipment and we really got to see that in the Arrow Cave, more so that we see it in STAR Labs. He’s kind of the Felicity of Team Flash – the enthusiastic, quipping heart of the team.

Chris: Cisco had some really great moments in this two-parter. He was the character I was really worried about going into this series. I’m sick to death of “Nerd” characters and was waiting on him to be this one-note dude who was just there to make references. I’m really happy to be proven wrong on this one. Like, yes, those moments are still there and he could swing harder that way in a few episodes, but the writers have been pretty successfully adding little bits of humanity under the thin archetype. It took Felicity time to become Full On Felicity, so I’m staying positive as to where Cisco is headed.

Brian: I was really amazed at how well the casts of both shows melded. Not that I expected something jarring, but I was a bit worried we’d have the “Big Kids” of Arrow and the “Bright Eyed Babes” of Flash. While we definitely get commentary from Caitlin about how “easy” they’ve had it in Central City, we got a meeting of equals who played off of each others strengths. I’d love for there to be some loans between shows over the season. Caitlin sneaks over to Starling to give some medical advice, Roy spends a weekend on Cisco’s couch in Central.

Chris: I would almost be in favor of just merging the two shows. The two casts balance each other out really well and kind of cover up some of the problems with their opposites. Diggle being The Only Adult In The Room a few times cracked me up. Him just absolutely not having it with the Flash stuff was one of my favorite recurring gags of the two-parter.

Brian: Diggle’s shock over Barry is the best thing ever. I cracked up. It’s so genuine to who Diggle is. The man’s seen some things, but he’s never seen anything like Barry.

Ali: He’s like Mirakuru formula is cool. But this guy? Oof. I like that on the flip-side when Dig calls the Arrow Cave about the problem at ARGUS, Caitlin’s like “It’ll be over by the time he gets there!”

Ali: I think Captain Boomerang/Digger Harkness was kind of the perfect villain for this cross-over. In comics, he’s a well-established Flash Rogue but also a big part of the Suicide Squad. Arrow has been playing in the ARGUS sandbox for a while now, so Harkness was a natural villain for Arrow, and his ties to The Flash were a great teaser for the first episode of this cross-over.

Brian: They managed to make Captain Boomerang into a really believable, threatening villain. He’s a dude who walks around with boomerangs strapped to his chest and yet I totally bought in. The right balance of the two different worlds Boomerang comes from. Arrow’s really having luck with their Australian-sourced villains. I do wish we had gotten a little bit more from the Rainbow Raider over in Flash. I was a bit disappointed when we jumped right to his imprisonment as opposed to seeing Barry and Ollie catching him.

Chris: No lie, the fact that they caught him during the commercial break got a laugh out of me. Speaking of laughs, I gotta ask something. I’m completely behind on Arrow, so this is to Brian. Is Roy’s codename actually Speedy? Wasn’t that what Ollie called his sister when they were kids? (Yes, internet. I know that’s Roy’s codename in the comics.)

Brian: Oliver has called Roy “Speedy” in the field to get him to focus, as it reminds Roy about Thea. But they gave him the codename Arsenal a few weeks back. Roy also whipped out the escrima this episode, living up his name of using more than just the bow – and a nod to Roy’s in-comics best friend, Nightwing.

Chris: I was gonna ask if those were normal. Does he still have super strength or did that go away? SO MUCH HAS CHANGED. I would really like it if, as Arrow goes on, he keeps adding multi-colored archers to his team so that they’re a full Power Rangers/Tokusatsu team by like, season 5.

Brian: Roy actually lost the super strength, Oliver’s just got a really good training routine. I totally love the dynamic between Barry and Ollie. Their grudging friendship, their mutual admiration for each other without really wanting to commit to it. When Oliver tortures that guy, Barry’s face has this “OH NO, JOE WAS RIGHT” look that sold the breach in their trust for their brief tiff late in the game.

Chris: I’m glad someone remembered that Oliver was an unrepentant murderer for a while. I’ve kind of joked that these shows are Diet Superman and Diet Batman but after this crossover I am 100 percent certain that is the case.

Brian: It’s weird. They totally are Batman and Superman, after a fashion, but they have way more freedom with (Green) Arrow and Flash. It’s not quite the dynamic the two share in the comics, but it works so well.

Chris: I’m definitely cool with it since we’re not going to be getting anything even this close to my preferred World’s Finest relationship in Batman V Superman: Dawn of Gray-ness whenever that actually comes out. At least I have this. Can we talk about how the second episode bounces back between “Torture is Art” and “Maybe Torture is Bad” in a really weird fashion? Just me? Is this the ongoing arc for this season of Arrow? I kinda wondered if Ollie has a “Torture is an Art” cross stitched pillow somewhere in the arrow cave.

Ali: Amanda Waller does needlepoint to relax and focus. Everyone have has pillow that say stuff like “Torture is an Art” and “You need extreme measures to deal with the extreme.”

Brian: I was also really happy that the episodes weren’t as contrived as they could have been for a crossover. We got an awful lot of Flash in our Flash and Arrow in our Arrow. We didn’t have to sacrifice the tone or ongoing arcs of either show to get our crossover. It was quite a deft maneuver.

Chris: It was surprisingly organic. I think it helps that most of the moments were built on character moments as opposed to worrying too much about plot stuff. They kept the plots pretty much on a by-the-numbers level. No distractions from the fun character stuff.

Ali: I really like the chemistry between both casts, I think that what really sold the naturalness of the episodes. Like Roy and Cisco played really well off each other. And I love Felicity and Caitlyn as Science Bros.

Brian: I’d pay good money for a weekly series of Felicity and Caitlin just being awesome with each other and talking about science.

Ali: It would be amazing!! Another weekly series I’d watch? Ollie versus Barry on the Salmon Ladder. Each episode ends with Cisco trying really hard. Each week he gets the teensiest bit better.

Chris: Felicity’s answer to what the salmon ladder does was amazing.

Ali: Because Felicity is the best ever. How’s about a Lightning Round, gents?

Chris: Brian, you want to start?

Brian: I loved the visualization – and realization – of the Arrow versus Flash fight scenes. Everything I ever wanted to see from a Flash show.  I know the “good guys meet and fight and then make friends” cliche is so overdone, but it made so much sense. I got to see two of my favorite superheroes duke it out and it looked awesome.

Ali: Tropes done really well is always great. I think, for my lightning round, I gotta go with how unbelievably dead inside Oliver must be to NOT be enthralled with both Barry and Cisco’s absolute adorableness. I mean, how does he not even smile around them?!

Chris: Because Oliver is a monster? I mean, that’s part of it.

Brian: He bought Barry a dressing dummy, he can’t be all that bad.

Chris: My lightning round pick is a toss up between the fact that Rainbow Raider showed up and that I love CW actors getting to play evil versions of themselves. They always shine.

Ali: Rainbow Raider!! And he was pretty bad-ass too!! Also FIRESTORM and baby-mamma drama are GREAT teases for both shows.

Chris: Is that baby going to grow up to be Connor Hawke in 12 seasons, because if so, I am in!

Brian: Possible hints at the Emotional Spectrum and Flame hair! What a crossover!