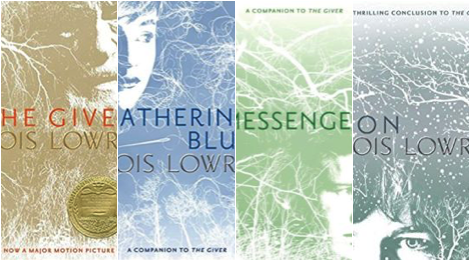 Lois Lowry, a legend in children’s literature, has written over thirty books and is known for her inventive style. I have enjoyed reading many of her books and have even had the privilege of meeting her in person several years back (one hell of a moment for me). Naturally, those who are familiar with Lowry’s work will always remember her for the amazing and dystopian world she created in The Giver. I remember first reading the book back in like 1996 or something and I thought it was just about the greatest thing I had ever read. I was sucked into the world Lowry created and I just felt like the characters were well-developed. I think it’s also just too cool that The Giver has frequently been challenged and has made the “Banned Books” list on multiple occasions. If that does not qualify a book for being bad-ass then I don’t know what does.

But did you know that The Giver is actually just book one in a quartet of books? So at the end of the book when Jonas takes off with Gabriel and it leaves you wondering whether they lived or died; the next three books put everything into perspective. Let’s break down the four books shall we? 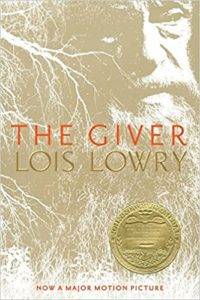 The Giver is a book about a futuristic society that has managed to alter people’s entire state of mind. There is no sense of pain, love, war, or hate. Every member of the community is assigned a job that they must perform until they become old and are eventually “released.” Jonas, the book’s main character, is given the important job of “Receiver of Memory.” He becomes the community’s archive and is the only link to how things were when hate, love and war were experienced. When Jonas starts visiting the current Receiver of Memory, he is given memories of the past and can experience things that nobody else in the community can. Jonas begins to realize that things in the community are not as great as he grew up believing. Being released means that people are basically euthanized and he starts having visions of color everywhere while everyone else sees in black and white. When Jonas finds out that his father is going to have to release a newborn child, that is the straw that breaks the camel’s back. Jonas decides that he must do something about it. The book is filled with pain, emotion and a bunch of crazy things. I don’t want to ruin the book for anybody so that is all I will say about this classic. 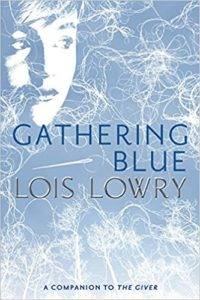 Gathering Blue is the second book in the quartet. To be honest, this book is probably the least exciting of the four. It took a while for me to get into it but it’s a must read because a lot of what happens in this book is relevant to book four. The book follows Kira, a young girl who was born with a disability in her leg. Kira is froma village where those who are sick and dying are sent to the Field of the Living. Her mother has just died and Kira is left alone in a village that is not very accepting of her disability. Kira’s home is in jeopardy because a cruel woman named Vandara wants to steal the land from Kira and use it for herself. Kira defends herself in front of the village’s council and wins her case against Vandara. She has a special talent for weaving so the council tells Kira she will live in the Council Edifice to work as the village’s weaver. It turns out those who live in the Council Edifice are living there against their will. Kira and a boy named Matt decide they must do something to help the village progress from the society of trapped lives it has become. As I mentioned, not the best read but vital to understanding the quartet as a whole. 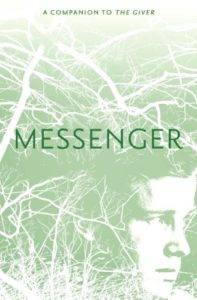 Messenger is the third book of the quartet. It details the life of a young boy named Matty who lives with a blind man named Christopher. Matty is struggling to realize his special gift of healing powers. He and Christopher are from a community where outsiders are welcomed with open arms, however, things are changing in the community. Many community members no longer want outsiders to come in and they propose closing off their borders forever. Even the community’s forest is becoming obstructed and darker as the community’s hate for outsiders grows. Matty and Christopher know that their community is changing and they know something has to be done about it. The community’s elder also senses the change and knows something has to be done to ensure the community’s open door policy stays intact. Christopher sends Matty to the neighboring community to look for his daughter so she can help with the situation. When Matty is returning with Christopher’s daughter, the forest closes up on them and Matty is forced to use his special powers to save them. This book is great and sets up the fourth and final book to blow your mind. 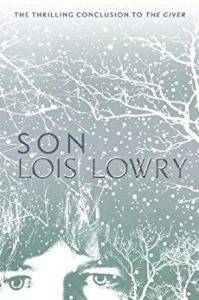 The fourth and final book of the quartet is Son. This book is the lengthiest of the four but pulls all of them together. I was a bit confused when I first started reading it but eventually it all makes sense. The book was exciting and it blew my mind. I don’t want to give too much detail about this book for fear that it may ruin the quartet. You have to read it for yourself to find out.

Overall, I think this is one of the better quartets I have read. If you’ve already read The Giver then it won’t hurt you to finish the other three. Let me know what you think if you decide to finish the quartet.