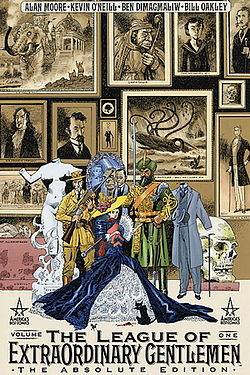 Alan Moore will hate this post. He seems to despise anyone tampering with his work. It is, after all, the cantankerous old buzzard’s prerogative. But let’s have some fun with the Shakespeare of graphic novels nonetheless.

Next month, Moore will publish the final part of that most literary of graphic novels, The League of Extraordinary Gentlemen. For those of you unfortunate enough not to be acquainted with this sprawling work, it is set in a world not too dissimilar to our own but where literature is reality.

Ishmael from Moby-Dick, for example, is the first mate on Captain Nemo’s Nautilus. Virginia Woolf’s Orlando goes on adventures with Prospero from The Tempest. H. Rider Haggard’s creation and colonialism’s poster boy Allan Quartermain goes toe to toe with James Bond. You get the picture; this is a series that is marinaded in bookishness. It may sound like heaven for Book Rioters, but frankly its a rather nightmarish place. H.G. Wells’ alien invasion did happen, as did the rise of Orwell’s Big Brother.

Central to the story is the eponymous League, an ever-changing gallery of literary heroes and anti-heroes, who battle cults, spacemen, and steampunk airships all in the name of Britannia. The cast has included the likes of Mina Harker (Dracula’s love interest), the Invisible Man, Dr. Jekyll (and of course, Mr. Hyde, who likes to smash, Hulk-style), Don Quixote, and Lemuel Guillver. The League morphs over time, reflecting the literary characters of the age. Which is where our fun starts.

The latest installment is set in 2009. So, which characters from the last few decades of books would make it into this new League of Extraordinary Gentlemen? I’ve a few suggestions. 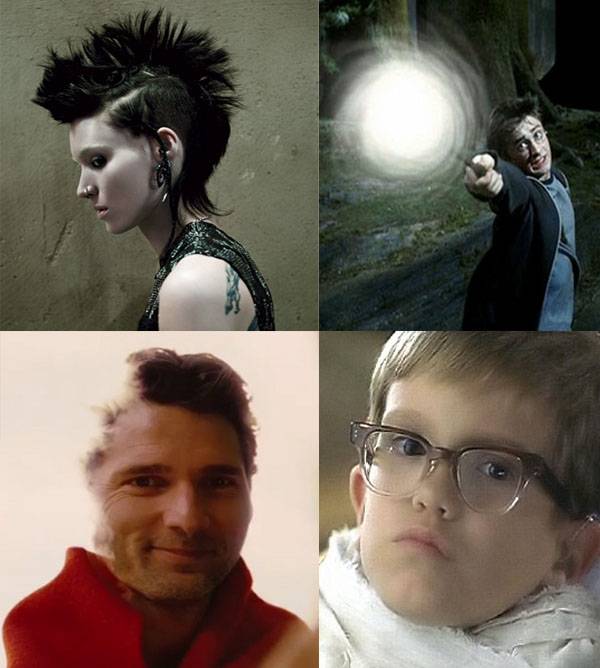 Sociopath, brilliant mind, kicks ass, dresses like a punk. A perfect fit for the League’s world where the darkest of characters are sometimes the most honourable.

Owen Meany (A Prayer For Owen Meany by John Irving)

Every gang needs a time traveler, and DeTamble fits the bill. Lots of potential drama in his disappearing just when you need him the most. Expect any League romance with Salander to go badly.

In Moore’s universe, Harry Potter wouldn’t be in The League. After he vanquished Voldemort, the government would imprison him somewhere off the coast of Scotland, forced to repeat incantations into the national grid, providing the muggles with an endless supply of clean energy. Moore’s wonderfully twisted like that.

Now over to you. Who would make it into The League of Extraordinary Gentlemen 2012?