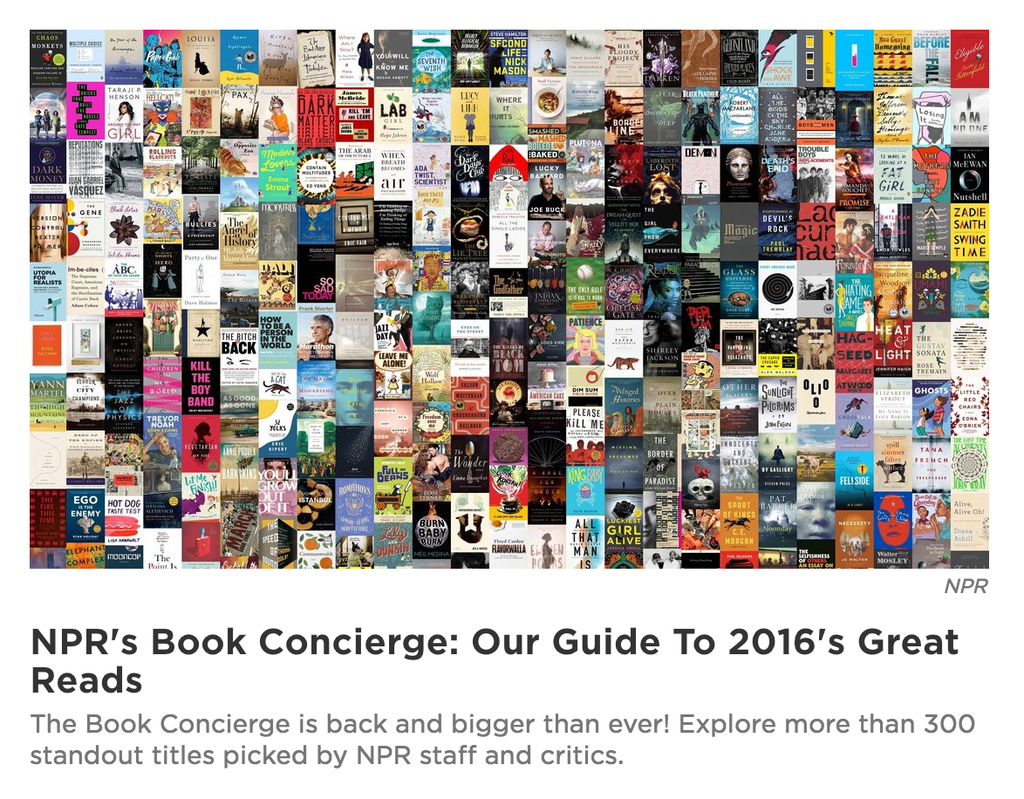 You may have heard about NPR’s book recommendation tool, the “Book Concierge.” It’s supposed to help readers in their quests to find the kind of books that they enjoy, or discover new ones. And yet, the “concierge” has some problems; for instance: it’s way too large, its categories are bizarre, and it doesn’t credit translators, to start. Fellow Rioter Sarah Davis and I had a little chat about what bothered us about the “concierge,” but we’d also like to hear from you. Have you used it and was it actually…you know…useful? Or did you also find it problematic? Let us know in the comments. 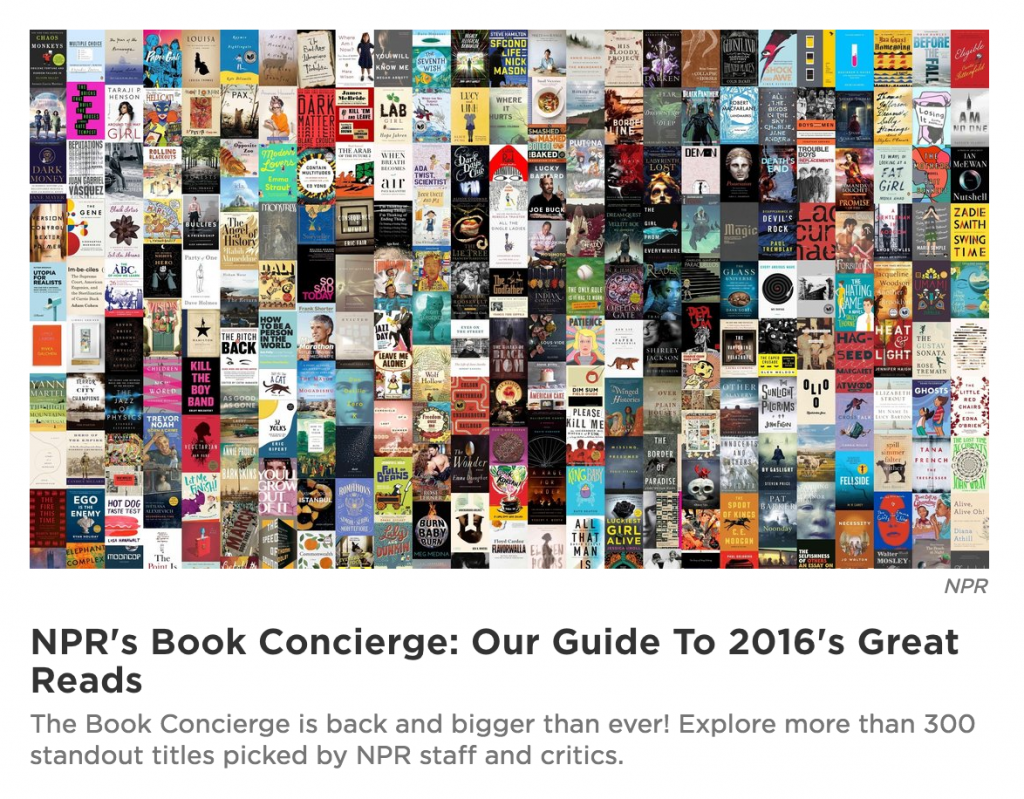 Rachel Cordasco: Sarah, you and I have many issues with this NPR “Book Concierge” business, do we not? I have so many books on my own TBR shelf that I hadn’t bothered to check this site, since I can’t deal with any more recommendations right now (I’m already staggering under a million), but I decided to check it out after a Facebook post. A member of the literary translation Facebook group wrote a lengthy piece about how the “Book Concierge” included very few works in translation, and when it did, the translators weren’t even credited! How lazy is that? was my first thought. I then checked out the concierge myself and saw what this person was talking about- I shared this FB post’s link on twitter and tagged NPR, asking them if they actually thought that books translate themselves? (Needless to say, I never received a reply). But really- it’s not only lazy to omit translators; it’s just plain disrespectful. Translators invest a lot of time and effort in their translations, and they do this work for a relatively small amount of money. The least high-profile book recommendation sites like NPR’s concierge can do is credit the translators, and in turn encourage general readers to think more about reading diversely and checking out translations.

Sarah S. Davis: Yeah, I think a lot of things went wrong. I have been an end-of-the-year-book-list addict for as long as I can remember, and with each year the NPR Book Concierge gets more and more bloated. The issue of not including many works in translation and then not crediting the translators is a glaring oversight.

Rachel: “Bloated” is right. And the categories! Ok, they have the usual stuff like “Non-Fiction,” “Mysteries and Thrillers,” etc. But then we have categories like “Eye-Opening” (this means nothing out of context, NPR, and you provide no context), “Rather Short” and “Rather Long” (how about a working definition? That would have been helpful), and the hilarious “Realistic Fiction.” Realistic fiction? As opposed to the nonrealistic fiction? Who is defining these, anyway? By “nonrealistic” do they mean “SF and fantasy”? Then why not just categorize such books in…you know…the “SF and fantasy” category? Speaking of “realistic”/”nonrealistic”: NPR has placed Han Kang’s award-winning novel The Vegetarian (tr. Deborah Smith) in the “realistic fiction” category. But the review summary calls the novel “surreal” and “a literary fever dream” so which is it? Seems like some pretty fast-and-loose categories to this reader.

Sarah: Right, the categories are bizarre. (“Seriously Great Writing”: Wouldn’t every book you picked fall under this category?) For me one of the biggest issues is that there seems to be no critical parameters at play. Many of the categories are carried over from the 2015 list, so I’m not sure if they just came up with a baseline of how many titles to include and make the content fit the categories in a forced way. Surely there were 309 great books published this year, but when there’s no limitation to a reasonable number it drags down the credibility of the distinction. If all of these selections were ranked, the first and highest ranked truly “best book of the year” is miles away from the three hundredth pick. Really, they should start with their smaller list (the top ten titles, revealed in their December 8 article) and then retool this as a holiday gift tool, which, let’s be honest, that’s exactly what this is: a glorified holiday gift guide for the bookish person in your life for whom you don’t know what book to buy. Also, let’s talk about the usability here. The average person reads about 20 books a year. This list goes way beyond that and is totally daunting. If this is supposed to be the benchmark that readers will look up to in the best books of the year, how will they decide which books to start with? Are any of these books even the best? It seems that they went for experience first—fun!—with practicality as an afterthought.

These were some of our gripes with the NPR Book Concierge. What did you think?