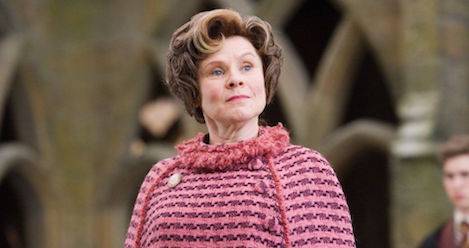 (This post contains spoilers for The Girl on the Train. The book, not the film.)

I have been chewing over writing about this idea since I listened to The Girl on the Train a couple of weeks ago. In the past few days, with everything that has happened on election night and the reports already filtering into social media with incidents of violence and harassment toward people of color, LGBT+ folks, and women (of course women), my feelings on the topic have only intensified; so, I decided, why the hell not start writing while I’m full of emotions? That’s the best time to communicate clearly and concisely.

I’m not really scared of most fictional villains, you see. I love some of them, but they don’t scare me. Pennywise didn’t make me terrified of clowns, even at 12 or 13 when I first read IT. (See also, almost every Stephen King novel.) I’m not used to reading a book and feeling thready terror snaking through me.

There are some exceptions. The Girl on the Train was one such exception. As the story raced to the end and it became apparent that the killer was Tom–who I’d hated for most of the book with his smarmy “I’m going to cheat on you and then gaslight the fuck out of you about it” assholery–I felt legitimately scared for the women in the story. When his veil of “I’m just a bloke trying to take care of my family” guise dropped, Tom became terrifying: a man who was willing to use everything, including violence, including implicitly threatening his own child, to make sure that he came out on top. A man who was certain that he was protected from paying for his actions.

He reminded me of Norman Daniels from Rose Madder. (Actually, Stephen King has written a number of these types of characters, but Norman might be the worst of them.) Norman was another book villain that made me have to pee a little out of fear. Seemingly normal, if a little uptight perhaps, family man and cop on the outside; terrifying abuser behind closed doors. The privileges of his whiteness and maleness, coupled with a job where he had power and where others closed rank to protect cops who acted outside the law, made him fairly untouchable–an abuser and killer who couldn’t be stopped without extraordinary intervention.

There’s also Dolores Umbridge, who was scarier than Voldemort to many Harry Potter readers. Dolores had a position of power, a position of privilege, and a cold streak in her that would turn sadists to jelly. And by all appearances? She’s nice, and normal, and fine. Yet she was cruel, abusive, and tyrannical toward children.

More than evil supernatural beings, monsters, or over-the-top world-domination schemes, these types of villains frighten me. They share some common attributes:

The kicker is that this person exists. Many of these people actually exist, and I think that’s why they’re so damn scary when they crop up in fiction. Because you know what they’re capable of. You know the lengths that you have to go to in order to stop this person, and sometimes you go all of those lengths and you can’t even stop them then.