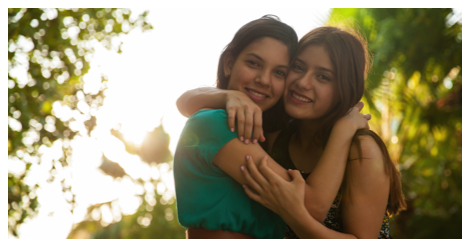 This is a guest post from Tara Olivero. Tara is a high school English teacher in northern Indiana who tries her best to promote a lifelong love of reading. If time travel were possible, she would go back in time and confess her undying yet platonic love for T.S. Eliot. She is an escape room enthusiast, Hufflepuff advocate, and Shakespeare fanatic, and her dream is to one day run her own zine. Follow her on twitter @taraolivero for much of the same.

If it sounds like I’m bragging when I say that my classroom has one of the largest YA collections at my high school outside of the school library – that’s because I am. I pride myself on building a library of fiction that isn’t necessarily available at the Media Center, and being a curator who knows exactly what’s in each book so I can tailor recommendations accordingly. If a student asks me what book they should pick up next, I want to be someone they can count on.

So when one of my upperclassmen students approaches me to ask what book she should read next, I have high hopes that I can find something that will satisfy her craving for the written word.

“Of course I have recommendations. In fact, I have quite a few new additions since last semester,” I gush, already having taken two steps towards my not-so-secret hoard of realistic fiction, since I know she’s enjoyed those in the past. As I head over to the shelf, I hear the words that strike my heart with equal measures of distress and joy:

“Are all of them tragically heterosexual?”

Category ID: 9969
Category ID: 4284
Category ID: 468
What’s Up in YA? Newsletter
Sign up for What's Up In YA? to receive all things young adult literature.
Thank you for signing up! Keep an eye on your inbox.
By signing up you agree to our terms of use

How am I to respond? A quick glance over my shelves indicates that yes, the majority of fiction in my classroom is, indeed, tragically heterosexual. And that makes me disappointed in myself.

I’m usually on the lookout for LGBTQ+ books to include in my classroom library, especially as someone who considers herself a member of the LGBTQ+ community, but this is the first time someone has specifically requested one. The titles I do have run through my head: one with a very minor character who ends up getting violently murdered, one featuring a gay teen and his unrequited crush on a straight boy, and one with a boy who’s forcefully removed from his immediate family after coming out (no spoilers).

I know that Nina LaCour’s Everything Leads to You was a lovely portrayal of a romance between two teen girls, but do I own that book? Of course not, I think to myself in anguish. Patrick Ness’ The Rest of Us Just Live Here would work perfectly, but another student has borrowed it at the moment. Fans of the Impossible Life, Kate Scelsa’s debut novel, ranked a stunning 10/10 on my personal-opinion-based Scale of Queerness, and yet that’s just one. And I’m fairly sure I’ve already lent it to this student. I can’t just keep giving her books she’s already read.

In a world where heterosexual protagonists still compose a decent 80-90% – or maybe even higher than that – of YA fiction, books with queer characters are still a minority, by a long shot.  Recent years have proven that authors are more willing to be inclusive with their characters, in terms of sexuality, gender expression, body type, race, and more. And an influx of queer authors who are adamant about including queer characters has certainly helped begin balancing the scale. But balanced, it is not.

How do I solve this conundrum? It would be irresponsible to say that for every heterosexual protagonist, I need to purchase a book with a queer protagonist – not only because that eliminates a number of popular pieces of fiction, but because even then, there still wouldn’t be balance, simply because so many sexualities fall under the LGBTQ+ umbrella.

How do I get more authors to write books with queer characters? Barring a personal quest to canvas all potential YA authors, this is impossible. And I can ask for recommendations on Twitter and Goodreads until the cows come home, but without the publication of books with queer characters that aren’t just “queer books” – books where a character’s sexuality doesn’t define them – this still doesn’t help. Sometimes those books are needed! But what I’m sensing that our youth really wants – or, at least the youth that I am familiar with – are books that treat characters as characters. Only instead of romance plots that are, as she put it, “tragically heterosexual,” we need subplots and characters that embrace the heart of what our world’s population is right now. Which is not, actually, overwhelmingly heterosexual.

I have no answers here. But when students are coming to me, fairly begging for books with an escape from the heterosexual norm, something’s gotta change. I can do my best, but I’m just one person, with one (spectacularly stocked, for the most part) library. I’ll just need to work harder to make sure it’s stocked with what my students want to see – more accurate representations of their own lives.