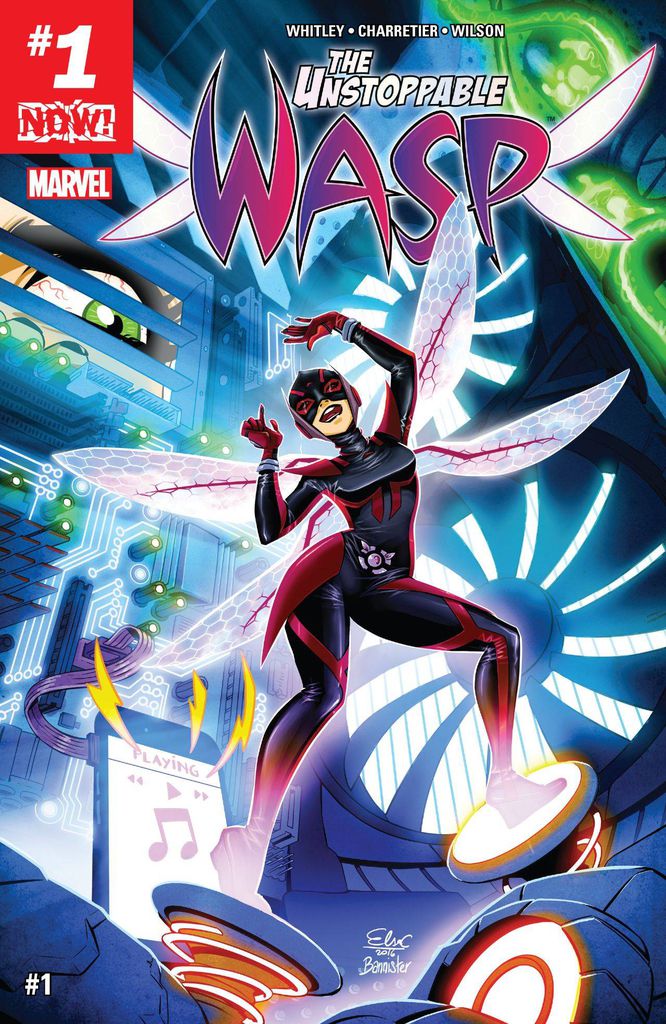 I’ve been in a bit of a comics funk for the past few months. Many of the regulars on my pull list haven’t been holding my attention or drawing me in to the story like they used to. And aside from some of the all-ages titles, joy and happiness – not exactly leaping off the page. I fully admit that my head hasn’t been in the game. As a liberal, a feminist, and a lesbian, I have struggled to move on from an election that left me worried for the safety of my family and feeling rather hopeless.

Enter The Unstoppable Wasp #1 by Jeremy Whitley, Elsa Charretier, and Megan Wilson. I’m a huge fan of Jeremy Whitley’s work on Princeless, and expected Wasp to be good. I didn’t expect it to make me grin like an idiot and, much as I hate to admit it, cry. Like real, oh-god-I’m-at-work-suck-it-up, tears. Yep. That happened. And while a great and uplifting comic hasn’t magically solved all the world’s problems (yet), it momentarily punched a hole in the cloud of despair hovering over my heart.

So, in no particular order, here are many of the things in The Unstoppable Wasp #1 that I really liked.

Nadia is charismatic and kind and forthright. As a consequence she is universally loved by EVERYONE. Me. Naveed at the bakery. People in line at the Immigration Office. Her Immigration Officer. Bobbi Morse and Kamala Khan even hug her. Which brings me to… 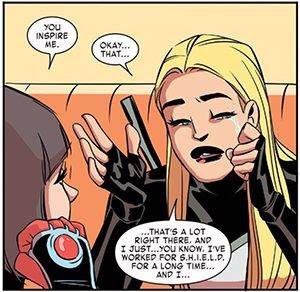 by Whitley, Charretier, and Wilson

Are in this book! And not just quick cameos. Ms. Marvel is escorting Nadia around New York and it’s sweet and totally teenage girls being awesome teenage girls. Great stuff. The interaction between Nadia and Bobbi though, is what got me right in the feels. The acknowledgment that “It’s been a rough couple of months” for Mockingbird (and her fans) was a perfect homage to the heartbreaking cancellation of a book gone too soon. And yes, that is when I cried at my desk.

I came into Wasp with no knowledge of who the character was or how she fit in to the general Marvel Universe. To paraphrase Inigo from the Princess Bride if explaining is too much – sum up. With one page I was able to get the gist of Nadia’s story. It’s a brilliantly executed piece of art by Charretier and Wilson. Do I know everything? No. But I know enough to follow the story and be interested.

Wasp, Mockingbird, Ms. Marvel, heck even Monica Rappaccini, self identified, super villain, are all shown to be smart, capable, badass women. This should be the standard, not the exception, in a superhero book. 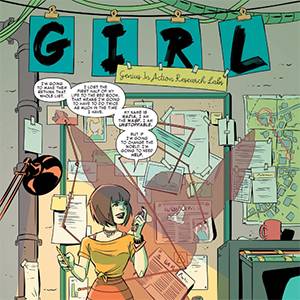 The final page includes a profile of two real life “lady adventure scientists,” Rachel Silverstein and Marina Chanidou, as well a call for nominations. G.I.R.L., by the way, stands for Genius in action Research Labs, and immediately made me want a button or a magnet to send to all the badass science ladies I already know or may meet in the near future (Hint: merchandise opportunity). STEM girls rock, and I am super excited to be able to recommend a new comic that understands and appreciates that fact.