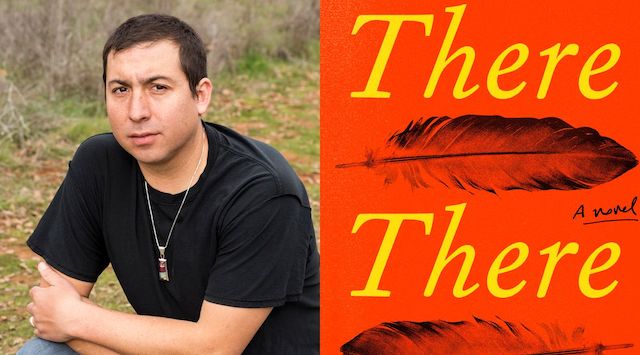 Are you looking for There There book club questions to get the conversation started? And what makes Tommy Orange’s There There such a great book club pick? Read on to find out. 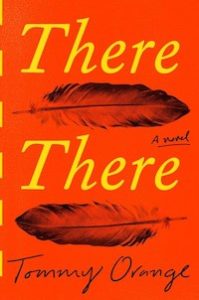 There There is Cheyenne and Arapaho author Tommy Orange’s debut novel. It was published in the United States on June 5, 2018, and has since received multiple awards: the 2018 Center for Fiction First Novel Prize, the 2018 John Leonard Prize, the 2019 Anisfield-Wolf Book Award for Fiction, and the 2019 Hemingway Fountain/PEN award, just to name a few. The New York Times called Tommy Orange’s debut novel “groundbreaking,” and said that Tommy Orange had an “extraordinary ability to invest a series of interlocking character sketches with the troubled history of his displaced people.”

Bottom line: people are loving There There, and your book club probably will too.

There There: Your Reading Guide

There There follows 12 Native American characters living in and around Oakland, California. Each of these characters have their own conflicts—alcoholism, abusive relationships, financial strife, and grief and loss, just to name a few. All of them are, in some way, dealing with their identity as a Native American. Eventually, all the characters and their storylines come together at the first Big Oakland Pow Wow.

Tommy Orange was also raised in the Oakland area, and the author has said that he identifies with all 12 of his characters in one way or another. In this novel, Orange confronts themes important to contemporary Native Americans, such as generational trauma and life as a Native American in an urban setting. In addition, the novel explores many other concepts: storytelling and its importance to Native American culture; coincidence, fate, and the interconnectedness of all things; violence; substance abuse and addiction; personal identity versus cultural identity; the concept of home.

10 There There Book Club Questions

There are so many topics to unpack in Orange’s debut novel. Here are ten book club questions to get you started, but there are so many other things to discuss in this novel beyond this list.

There There: Further Reading

Loved There There, and want to read more? While Tommy Orange does not have another book out yet, he did recommend the following books by indigenous authors in an article for The New York Times: The Heartbeat of Wounded Knee: Native America from 1890 to the Present by David Treuer, Empire of Wild by Cherie Dimaline, and Eyes Bottle Dark with a Mouthful of Flowers by Jake Skeets.

If you’re looking for more suggestions for new books by indigenous authors, check out this list.

Want more ideas for There There book club questions? These should work.