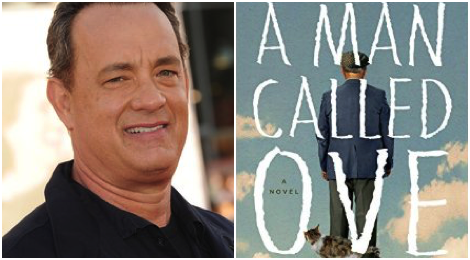 Sponsored by The Summer That Made Us by Robyn Carr

Tom Hanks is tackling an adaptation of the international best-selling novel A Man Called Ove.

Hanks is attached to star in the project and will produce with his Playtone banner partner Gary Goetzman. Rita Wilson, Hanks’ wife and frequent producing partner, is also producing along with Fredrik Wikstrom Nicastro, it was announced Thursday. Nicastro hails from SF Studios, one of the companies behind the upcoming tennis drama Borg vs. McEnroe. He also executive produced the Swedish-language adaptation.

But can America’s Dad be that cranky?

It turns out musician Derek Sanders is pretty impressed with the nightlife in Nottingham, but probably not for the reason you may think.

The US musician, who’s one fifth of the band Mayday Parade and hails from Tallahassee, Florida, tweeted out his delight while out and about in the city ahead of the band’s headline gig at Rock City, after hearing a Harry Potter audiobook playing in the toilets of a local bar.

Michael Ondaatje has a new book coming out, and it’s set in 1945!