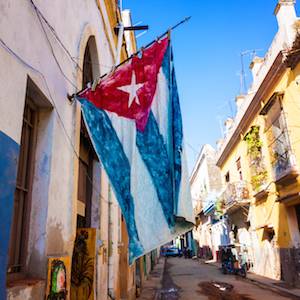 I am Cuban.
I was born in the U.S., first-generation.

Recently, I read the book Sofrito by Phillippe Diederich. The main character is a first generation Cuban-American who visits Cuba for the first time in search of a top secret recipe for his restaurant. The book is fiction, but the pro-Castro characters got a rise out of me. Anger filled me. It took me back to my childhood.

Once again my unread Cuban books (all gifts, some signed) stared at me from a neatly stacked pile reminding me they’ve been patiently waiting to be read. 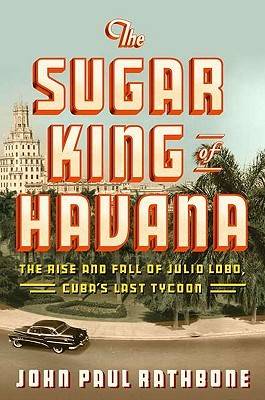 The Sugar King of Havana: The Rise and Fall of Julio Lobo, Cuba’s Last Tycoon by John Paul Rathbone

My abuelo was an actor, musician, writer, composer, and comedian in Cuba. Until, Castro and his army. Faced with the realization that staying meant not only losing everything he’d worked for but also his freedom to a communist government he decided to flee. First my mom (age 10), little abuela, and bisabuela were sent to the U.S., each with a small suitcase and $5. You were not allowed to take your money or your belongings with you. My abuelo followed, traveling to the U.S. for an acting job, assuring the government he was returning. He never would. 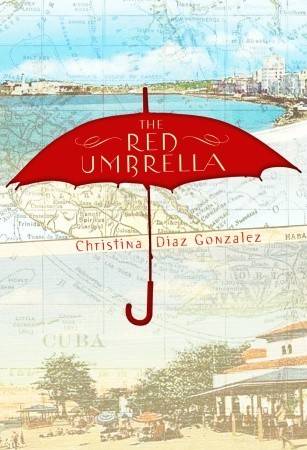 My father’s story is different. He was a Pedro Pan kid. My abuela could not get permission for my bisabuela and other family members to leave Cuba. The fear, which turned out to be correct, was that if you left anyone behind it would be impossible to later get them out. So my abuela stayed, sending my dad and his siblings alone to the U.S. They were children. Thousands of parents made this terrifying decision hoping they’d soon be reunited back in Cuba when Castro was overthrown. That would never come to be. It would be years before my abuela, bisabuela and other family members could leave Cuba. When my abuela was finally reunited with my dad, tio, y tia in the U.S she had to figure out how to support the family in a new country where she did not even speak the language. The family would lose the well known hotel Capri built by my bisabuelo. My abuela would never again be able to visit her husband in the family mausoleum in Havana’s Cementerio de Colon.

Dreaming in Cuba by Cristina García

In the U.S. my abuelo started his career over. He wrote multiple newspaper columns, hosted radio shows, and put together El Show De Los Grandes every year, where Latin performers came together to entertain. He wrote and talked about Cuba. About the Cuba they’d loved and lost. He spoke out against Fidel Castro (making sure the human rights violations are never forgotten) and communism. I heard about this every day of my childhood. Friends’ grandparents would tell me they loved my grandfather. That he was very funny. That they never missed his program. That they always read his column. That he’d been a great actor in Cuba. After school, if we were eating at Picadilly Cafeteria, strangers would interrupt us to tell my abuelo how much they loved him. He would introduce my little abuela and me with great pride. They would discuss the Cuba they lost and whether he thought they’d ever get to return. I always wanted the strangers to leave so I could eat in peace with my abuelo and little abuela but I secretly loved that my abuelo mattered even if I didn’t want to share him. 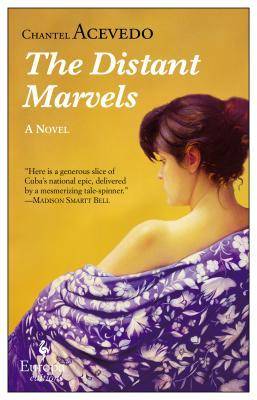 The Distant Marvels by Chantel Acevedo

My stack of Cuban books has asked me many times why I neglect it and I’m not sure I’ve wanted to honestly answer that question. Because as much as I like to read different experiences than my own, different than what I know, a part is avoidance: not wanting to remember the times as a child I stood in my room forcing myself to choose the one thing I’d take with me if forced to flee; the times as a child I felt guilty wishing I could visit Cuba knowing my abuelo would threaten to disown me if I did; the times I played the alternate-life game wondering if my parents would have met just the same in Cuba and my brother and I would have been born there (Castro never having existed, of course). I’ve heard so many stories throughout my life that Cuba is so real in my mind. It’s as if I’ve visited it—I’ve walked the beautiful beaches and run through the lobby of the Hotel Capri. But I have not. 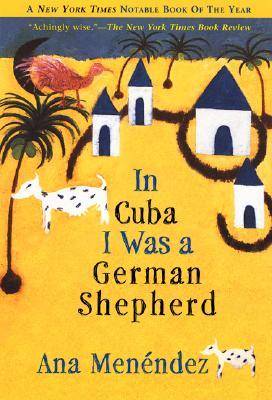 In Cuba I Was A German Shepherd by Ana Mene´ndez

I sorted and boxed up 50+ boxes of all of my abuelo’s work for the museum. He was a prolific writer. He saved every column he wrote. Every song he wrote.

And it is my favorite song of his that plays in my mind every time I pass my stack of Cuban books. Cobarde it sings, reminding me I am a coward.

It is time to finally read my stack of Cuban books.