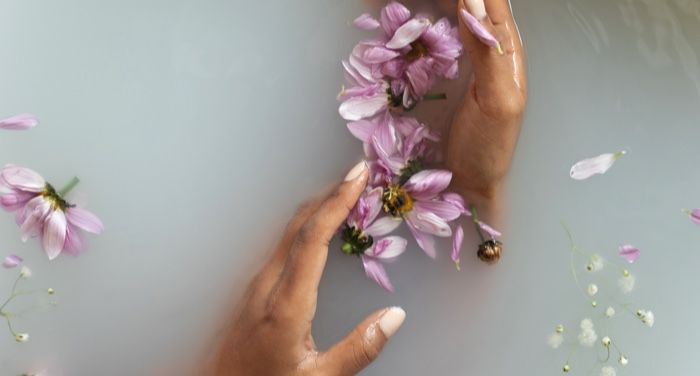 Oh, the spa day. Whether you want to treat yourself and your besties or get some much-needed R&R time to yourself, there’s nothing better than sipping on tasty smoothies and enjoying a foot massage while you indulge in a seaweed body wrap. That is, there was nothing better…until a few years ago, when a rash of wellness retreat thrillers hit bookstores. The 12 books on the list below will make you rethink spa days — and keep one eye open and cucumber-free.

In many ways, the wellness retreat thriller isn’t all that different from any other suspense novel. You get a group of people who don’t know each other — at least, not as well as they should — and put them in a seemingly idyllic setting that’s really a house of horrors. It’s the same premise as And Then There Were None or Enter the Dragon — just with more sunshine and massages.

And before we get on to these reading recommendations, let’s address the mud-bathing elephant in the room. Nine Perfect Strangers wasn’t the first wellness retreat thriller, but both Liane Moriarty’s 2018 novel and the 2019 Hulu miniseries of the same name have done a lot of heavy lifting in this micro-genre. The novel doesn’t appear on the list below, however, because I want to highlight some lesser-sung spa thrillers here.

12 Wellness Retreat Thrillers That Will Make You Rethink Spa Days 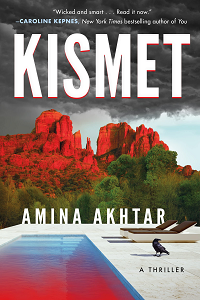 Ronnie was happy to stay in New York City forever…until she met Marley. A wellness influencer who can inspire just about anyone to find their true self, Marley operates a luxury retreat in the canyons near Sedona, Arizona, where women who want to be just like her gather. It’s picture-perfect from the minute Ronnie arrives…until it isn’t. When someone starts killing her guests one-by-one, Marley refuses to acknowledge the severity of their situation, leaving Ronnie with only her New Yorker street smarts to rely on for survival. 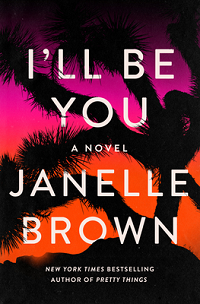 I’ll Be You by Janelle Brown

Once child stars who often shared TV roles, identical twins Sam and Elli now live totally different lives. Sam’s never gotten over her dreams of superstardom, which have since devolved into a haze of substance abuse. Meanwhile, Elli’s playing Susie Homemaker, content to be a stay-at-home mom and let her successful husband bring home the bacon. They haven’t been on speaking terms in a while, but when their father calls Sam to let her know that her sister’s life is on the verge of catastrophe — and worse, that she’s disappeared behind the doors of an exclusive Ojai spa — Sam has to get her shit together, and fast, to find out what happened to Elli. 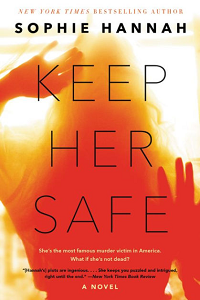 Keep Her Safe by Sophie Hannah

Seven years ago, young Philadelphia native Melody Chapa disappeared in a scandalous case that captivated TV audiences around the world. Her body was never found, and her parents are now serving life sentences for her murder. But if Melody is really dead, then why is she sitting in Cara Burrows’ room at the Swallowtail Resort and Spa? And why has no one ever believed Cara’s fellow guest, Lilith, when she’s reported Melody’s whereabouts to the authorities, year after year? As interested parties descend on the luxury resort, Cara herself disappears, adding another layer to an already complicated mystery. 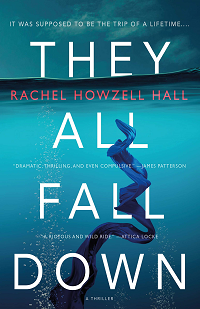 They All Fall Down by Rachel Howzell Hall

Mictlan Island is paradise on earth — a jewel in the Sea of Cortez. So when seven strangers receive invitations to stay on the island and compete for a reality TV title, how can they say no? As soon as they step off their chartered yacht, however, the guests learn that they’ve been lied to. There is no reality TV show. Instead, they’ve been called to participate in a will reading for their recently deceased defense attorney. The digs are comfortable, though, and the gathered party bed down for the night, content in the knowledge that the lawyer may have left them an inheritance. They all have something coming to them…but it isn’t what they expect. 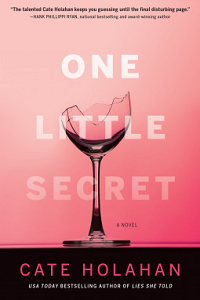 One Little Secret by Cate Holahan

It was supposed to be a chance to get to know their neighbors and get away from their kids. Three couples pitched in to rent a house in the Hamptons, each one in desperate need of some time away from their busy lives. Now, one of the wives is lying dead on the private beach in front of the house, and it’s up to a local detective to determine which of the five remaining guests killed her. But as the investigation gets underway, it quickly becomes clear that everyone in the beach house had a reason to want the victim dead. 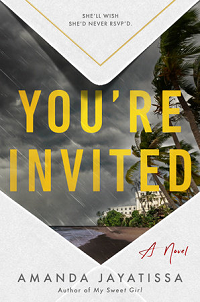 Kaavi hasn’t spoken to her ex-BFF Amaya in years. Now, Kaavi’s all set to tie the knot with Amaya’s ex-boyfriend, Matthew, in the wedding of the century, hosted at a high-end Sri Lankan resort. Amaya heads to Sri Lanka with her invitation in hand, determined to prevent Kaavi from marrying Matthew. When the bride disappears on the morning of the big event, all eyes are on the groom’s ex-girlfriend. Is Amaya nothing but a scorned woman, jealous of her old friend’s success…or is something more worrisome afoot? 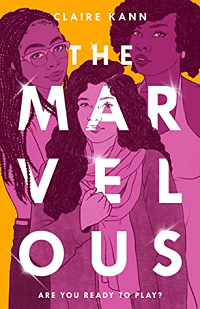 The Marvelous by Claire Kann

Jewel Van Hanen leveraged her massive wealth and celebrity to create Golden Rule, a video-sharing app that took teenage users by storm. A year after Jewel mysteriously vanished, she’s back with a once-in-a-lifetime opportunity for six lucky Golden Rule users. Invited into Jewel’s home, the six find themselves competing for a life-changing amount of money. But there’s more than just cash to be won here, and Jewel still has a few tricks up her sleeve to keep her guests guessing. 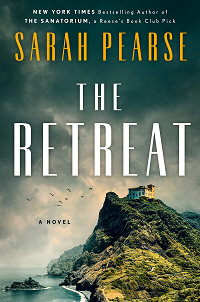 The Retreat by Sarah Pearse

Detective Elin Warner made her debut in The Sanatorium, a Reese’s Book Club pick upon its publication in 2021. Now, Warner is back in The Retreat. As the novel opens, the death of a young woman on the grounds of a wellness retreat sets alarm bells ringing — namely because she was supposed to be somewhere far away at the time. Warner has just settled into the investigation when another person drowns off the coast of the spa island…and the death appears to be more than just a tragic accident. 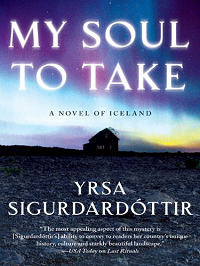 My Soul to Take by Yrsa Sigurdardóttir

The second of six books in a series focused on Icelandic attorney Thóra Gudmundsdóttir, My Soul to Take follows Thóra to a remote wellness retreat owned by a former client. Jónas Júlíusson is convinced that his newest business venture — a spa-hotel built on a former farmland — is haunted, and he wants his lawyer to help him figure out why. Thóra doesn’t believe in ghosts, but she won’t turn down her superstitious client’s money. When she arrives, however, she finds a brutalized body on the beach — that of the architect Jónas hired to help him expand the hotel. Is the land really haunted, or is a flesh-and-blood killer targeting the hotelier’s guests? 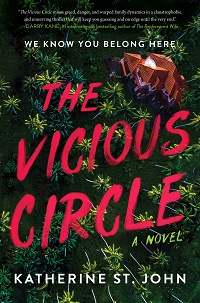 Out on Sept. 27, this wellness retreat thriller takes readers to Xanadu: a luxury villa nestled in the Mexican jungle. Xanadu’s owner, Paul, built a self-help empire and developed a devoted following before his untimely death. Now, ownership of Paul’s estate has passed, not to his widow, but to his niece, Sveta. When she arrives in Mexico, however, Sveta is unprepared to deal with Paul’s devotees and their enigmatic leader, and she soon finds herself navigating an increasingly dangerous web of lies, greed, and fanaticism. 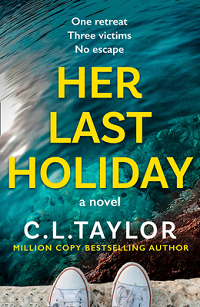 Her Last Holiday by C.L. Taylor

Two years ago, two people died at SoulShrink: a wellness retreat on a Maltese island. The man responsible for the retreat went to prison. But there was a third victim at SoulShrink, a woman whose body was never found. Now, Tom Wade is a free man. Jenna is still missing, and her sister, Fran, is determined to find out what happened at SoulShrink. Joining Wade’s new retreat will bring Fran face-to-face with him, but does he have the answers she’s looking for? 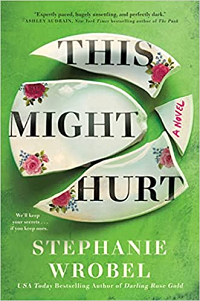 When a rift forms between two sisters still reeling from their mother’s death, one disappears to an off-the-grid self-improvement center. Six months after Kit stops picking up the phone, Natalie receives an email from the retreat. They know the secret she’s been trying to keep from Kit. Convinced that someone is blackmailing her, Natalie signs up for her own self-improvement journey, only to be met with hostility from both the retreat organizers and Kit’s fellow guests. Which one of them wants to damage the sisters’ relationship further…and why?

Looking for more great suspense novels to read? Check out these snowy thrillers and a list of must-read thrillers about cults!